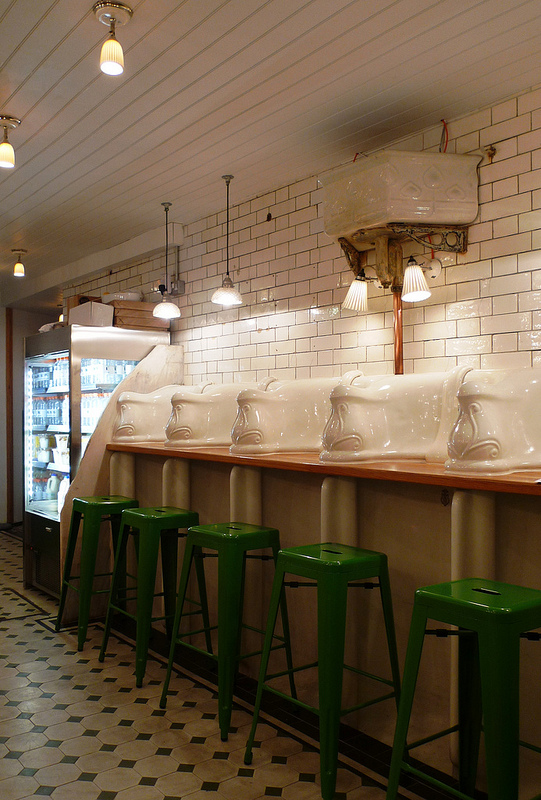 When I first heard about public toilets being used as a cafe, the image that sprang to mind was some bizarre, unsanitary flash mob or art installation. It turns out it’s a much more serious affair where people line up to enjoy a meal in the comfort of a Victorian urinal. 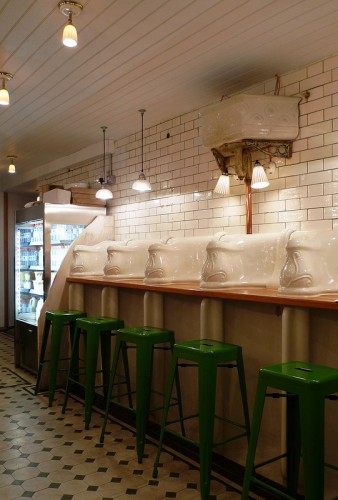 Inside The Attendant cafe © Ewan Munro

The Attendant is a tiny cafe in London’s Fitzrovia neighbourhood whose premises started out as underground conveniences for men in the nineteenth century. The facilities were shuttered for half a century until Pete Tomlinson, a patron of the adjacent pub, satisfied his curiosity about what the stairs outside the pub led to, and eventually renovated the 390-square-foot space into a cafe. Many of the original fixtures were kept and repurposed because, like many things from a bygone era, they are beautiful and well made. The cafe’s name is derived from the name on the door to the kitchen, which used to be the attendant’s stall.

Check out more about this in the Toronto Star