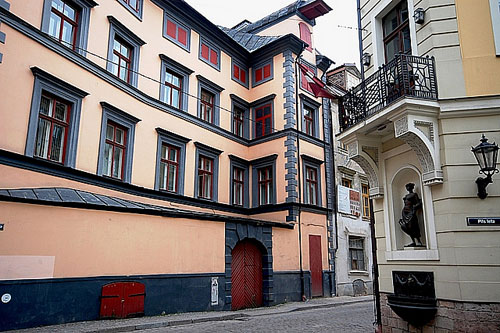 I recognized those haircuts. I’d seen them in 1987. Complete with tapered stonewashed jeans tucked into high-top sneakers, teenagers and young adults filled all decks. This was, I presumed, going to be their booze cruise. The next demographic up were middle-aged men with forlorn looks dragging at cigarettes, followed by families with kids under ten years of age. Embarking on my first cruise ever, observing patrons as we all boarded for the weekend replaced people-watching at the airport.

We left promptly at 5pm, watching as Stockholm faded into the distance. More islands surfaced, dotted with tiny red and white cabins popular all over Scandinavia. Three hours into our journey and we were still floating past islands – more than 24,000 of which form the archipelago.

Twenty-eight year old Tallink Regina Baltica was our ride to Riga that cloudy Friday afternoon. Despite her sturdiness and pretty makeup on the surface, she reveals her age through old industrial style cabins and worn out windows. Our captain switches effortlessly between Swedish, Latvian, and English over loud speakers as we enter open waters.

Included in our ticket prices are dinner buffets – both to and from Latvia. After devising a food-ravishing plan that was to begin with a massive salad, I approach the spread that looked more like the seafood section at my local grocery store. Mustard herring, onion herring, blackcurrant herring, Baltic herring roll, hot smoked herring, cold smoked herring, roe, black caviar, followed by poached salmon, smoked salmon, salmon in shrimp sauce, etc. Finally stuffing ourselves on as much fish swimming under our ship from our plates, we retire with fifteen hours of our journey still remaining.

Besides latvieÅ¡u valoda text clueing you in on the fact that you were nowhere near France or Italy, Riga’s old town is made of up cobblestone streets, open air cafés, and colorful historical buildings reminiscent of most old European cities. We arrive to a moody Riga with the sun peeking teasingly behind thick clouds. As we approach the castle, the stone faced guards we’d perceived from a distance morphed into cute little teenagers flashing mischievous grins borne of boredom as they marched facing each other. 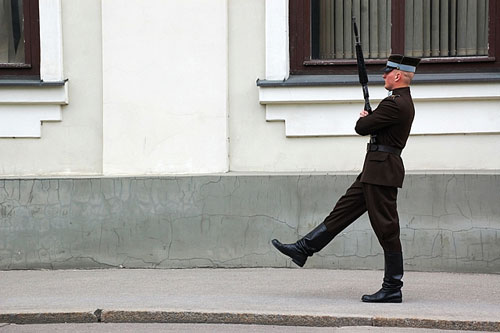 A short walk into old town and we arrive at a photography exhibition right in the heart of Doma Laukums (Main Square). We spend the next half hour studying the array of people studying the exhibition. We fill up on Latvian history at the Museum of the Occupation of Latvia. Housed in a building resembling an above-ground bunker, its entrails were no laughing matter. The geographic reach of the Nazi regime was nothing short of unbelievable. 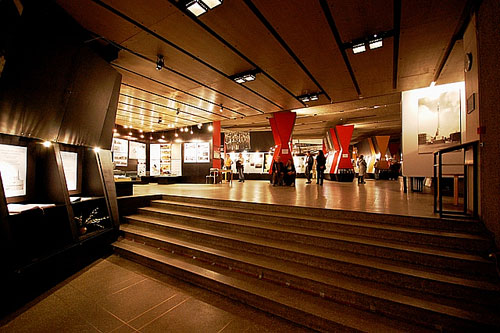 Riga was light on buskers. I spot only two. A flutist in front of ReformÄtu baznÄ«ca stopping after every second note in confusion and a lady well into her sixties covered from head to toe in red plaid exhibiting her finest moves – mid air wrist twists, followed by a carefully executed spin — over and over again.

By the time we reached BrÄ«vÄ«bas Piemineklis (Freedom Monument), the sun was shining warmly – illuminating the city and making green spaces seem greener. A white limousine rolls up and gently pours out a beautiful bride and her prince, along with a train of bridesmaids in corn yellow dresses and turquoise blue sashes around their waists.

After hearty steaks at Steiku Haoss, we explore more of the city including VÄ“rmanes dÄrzs and we soak up the beautiful spring weather along PilsÄ“tas kanÄls. We soon find out the sun was being rationed. By late afternoon, heavy pelting rain sends us running back to the ship as if spanking us for ever disembarking in the first place. Soaking wet, we finally board alongside cars and trucks being loaded into its berth. 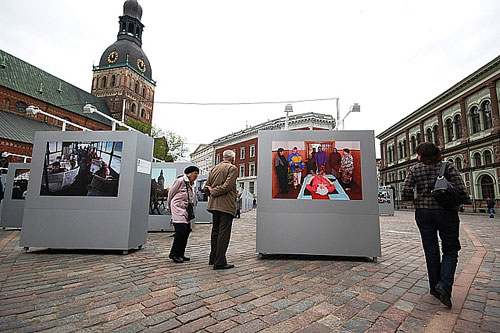 Riga waved us off with the same dark skies she’d welcomed us with. We faced the same buffet of endless herring and salmon on our way back. This time around while digging into fruit-filled crepes for dessert, harmonious voices singing traditional Swedish songs and hymns filled the dining hall. They belonged to a choir on a weekend getaway. On other occasions, listening to those sweet sounds would have lifted my spirit. While cruising on open water in the middle of the Baltic Sea, those sweet sounds were evocative of tragic final hours aboard the Titanic.

Wind pounding against our windows and slow humming reminded me we weren’t dining on solid ground. Glancing out windows into pitch darkness knowing that the sea was more alive than the dark night led me to believe, I was filled with a sense of awe. Our ship was but a speck on that deep blue expanse and we were at its mercies.

The next morning, we arrived back in Stockholm just hours before another cruise liner ran aground en route to Riga.