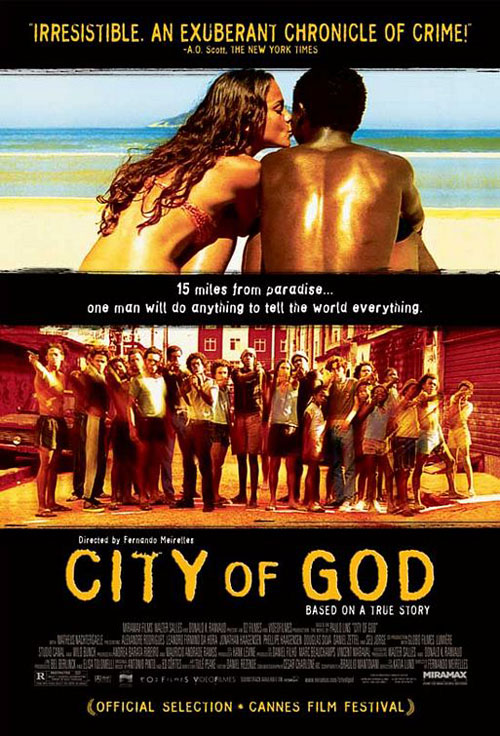 I’m growing a bit blasé in my old age about not needing to see new release movies the instant they premiere. That said, I just watched the five year old Cidade de Deus (“City of God”) over the weekend. It’s an absolute must-see. The story, the characters, the music, the cinematography … I felt like I needed a cigarette afterwards and I don’t even smoke.

Taking place over the course of over two decades, City of God tells the story of Cidade de Deus (Portuguese for City of God), a lower class quarter west of Rio de Janeiro. Told from the viewpoint of a boy named Rocket who grows up there as a fishmonger’s son, demonstrates the desperation and violence inherent in the slums. Based on a real story, the movie depicts drug abuse, violent crime, and a boy’s struggle to free himself from the slums’ grasp.

If you’ve already seen it, watch it again. If you haven’t, rent the DVD and make sure to check out the hour-long “News from a Personal War” documentary DVD extra. It’s fantastic.

This is the official movie trailer:

… but this clip better presents the fast pace, captivating camera work and driving soundtrack of the film:

Have you seen Cidade de Deus? What did you think of the film?