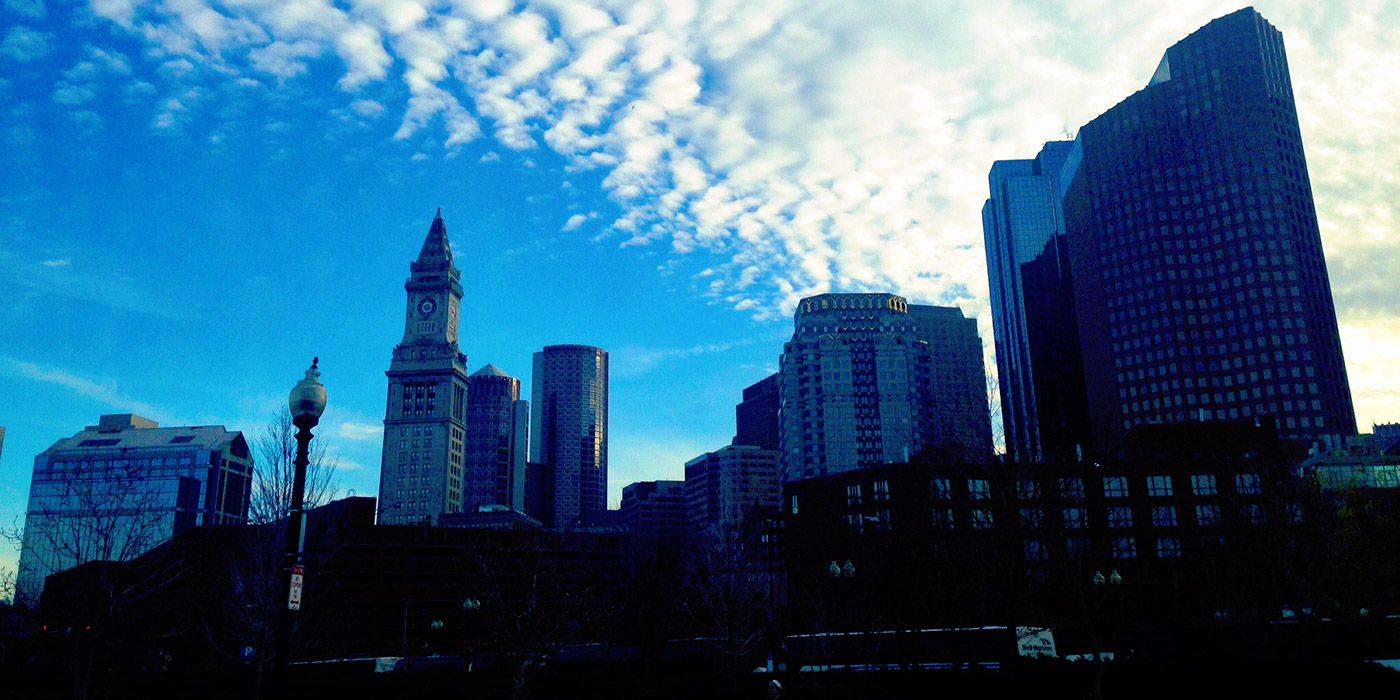 An Afternoon of Pizza, Beer, and History (… and Beer) in Boston’s North End

Mrs. Vagabondish and I have both lived within an hour of Boston for most of our lives. So it’s a bit shameful to admit that we’ve never really explored the North End. (We’re all terrible tourists in our own hometown right?) So as VERY important travelers in Viator’s exclusive Ambassador program, we decided it was time to learn a few things we never knew about Boston’s most famous neighborhood. And what better way to do it than via a Pizza & Tavern Tour?

We met up with our tour guide Patrick — a young, energetic guy with a serious love of pizza, history, Boston, and beer — on a beautiful Saturday afternoon. A rare winter day in Boston indeed, complete with clear blue skies, lightly peppered with just the right amount of high, thin clouds. What’s more: we got lucky and wound up being the only two folks on what became our own private tour. 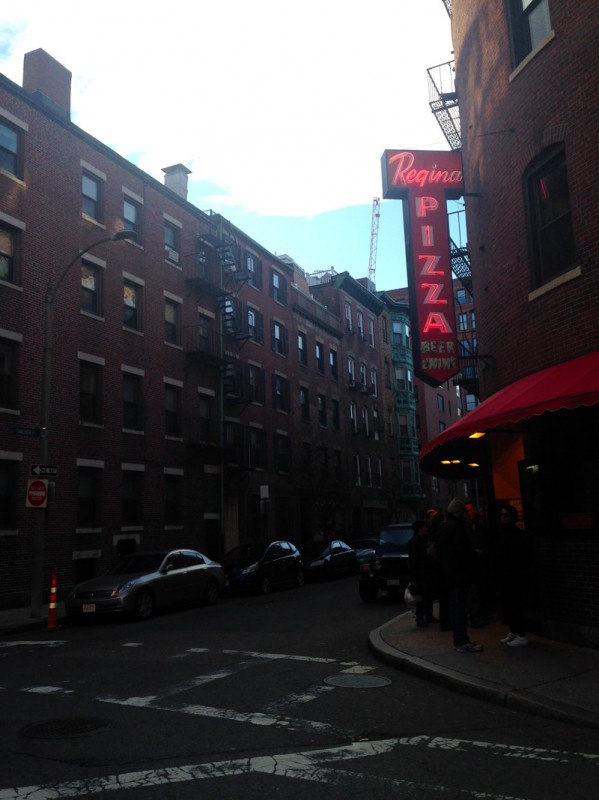 Minutes into our tour, it was clear Patrick wasn’t lying about the North End being a foodie heaven. It seems there’s almost literally a new place to eat every ten feet. After strolling past some of the neighborhood’s most iconic bars and restaurants, we finally arrived at our first stop – the iconic Regina Pizzeria. Dating back to 1926, it’s the oldest pizzeria in the neighborhood and has, in that time, grown a loyal, almost obsessive fan base. It’s arguably the most popular and best known pizza joint in the North End – a go-to for locals and Boston newcomers who line up out the door from open to close every day of the week. It’s easy to see why. The dough is light and slightly chewy with a thin crispy, edge. The nuclear hot cheese is plentiful and gooey almost to the point of being able to “pour” it off the slice. (It was Mrs. Vagabondish’s favorite of the tour)

Because Patrick was concerned about us going too long without a proper pint, we quickly crossed the bridge to Charlestown for our first tavern stop. Warren Tavern is a “tavern” in the purest sense of the word – a place where dark wood, patriotic murals, and centuries-old details abound. I grabbed a local Harpoon Winter Warmer and settled in while Patrick regaled us with as much of the tavern’s history as he could pack into twenty minutes. 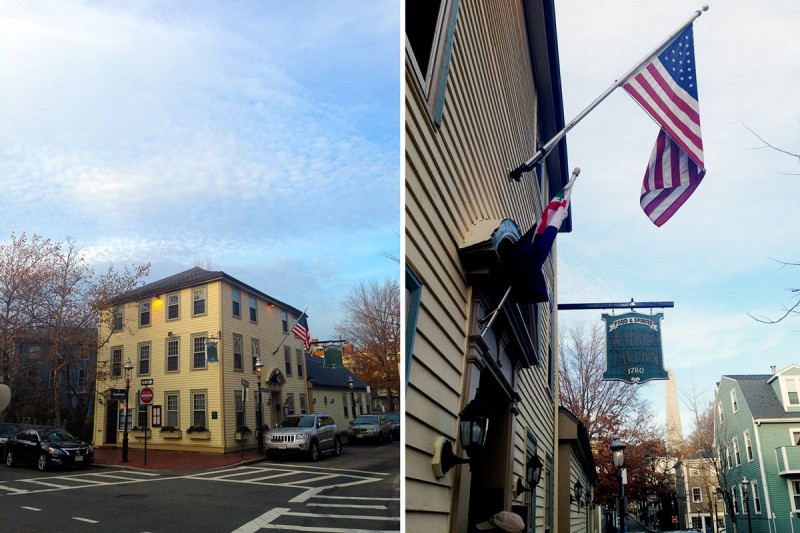 Now there’s much debate, particularly in New England, over which is officially the oldest tavern in the country. Wherever Warren Tavern falls on that list is irrelevant. It dates back to 1780 and, for the love of god, George Washington and Paul Revere drank there! It’s a history buff’s dream. More than 225 years after opening its doors, it still feels like a boisterous meeting place for those looking to start a revolution. (Insider tip: don’t miss the Sam Adams Brick Red. This unique beer is only available at select outlets in Boston and Warren Tavern is one)

From very old to relatively new, we ambled to our second pizza stop of the tour. Todd English’s Figs is not strictly a pizza joint, but they still know how to make a mean pie (or “flatbread” if you’re the highfalutin sort). The menu features a dozen offerings and half-and-half pies are available. 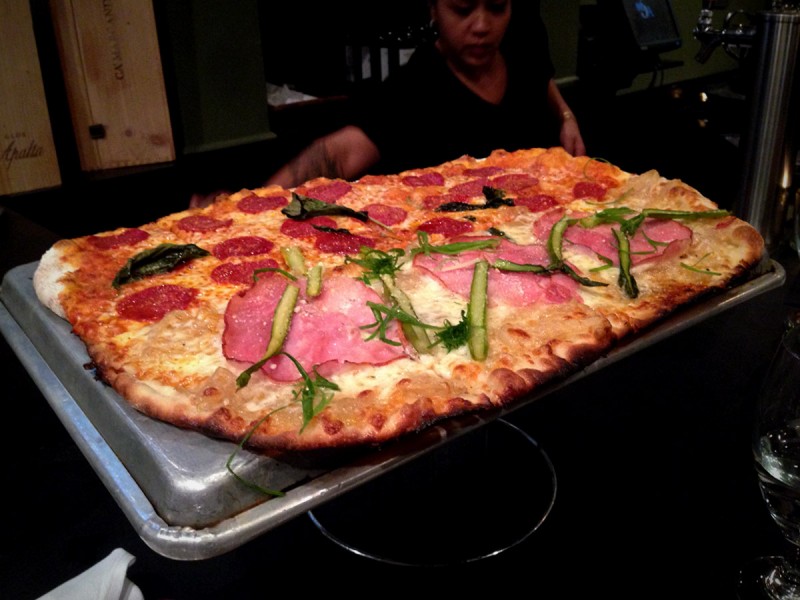 We sprung for a half Bronx Bomber (pepperoni, tomato sauce, mozzarella, and fresh basil) and a half Isabelle’s (country ham, aged provolone, fresh asparagus, and sweet onion). The former is a simple take on the traditional pepperoni pizza with a subtle spice to the meat to give it a slight pop. The latter proved to be a unique, unexpectedly good blend of sweet and savory, with an interesting twist from the crispy asparagus.

Already full from the area rug-sized pie at Figs, Patrick ushered us along to our last pizza stop of the night: Ernesto’s. A staple of Boston’s North End for more than 30 years, they pride themselves on cooking in the old world style. They offer one of the widest selections of pizza in the area, particularly for single slices. Like Regina’s, it’s packed day and night. Unlike many other by-the-slice joints, the steady traffic means the pizza is always hot and fresh. And delicious to boot! Their simple cheese slice wound up being my favorite of the entire tour. 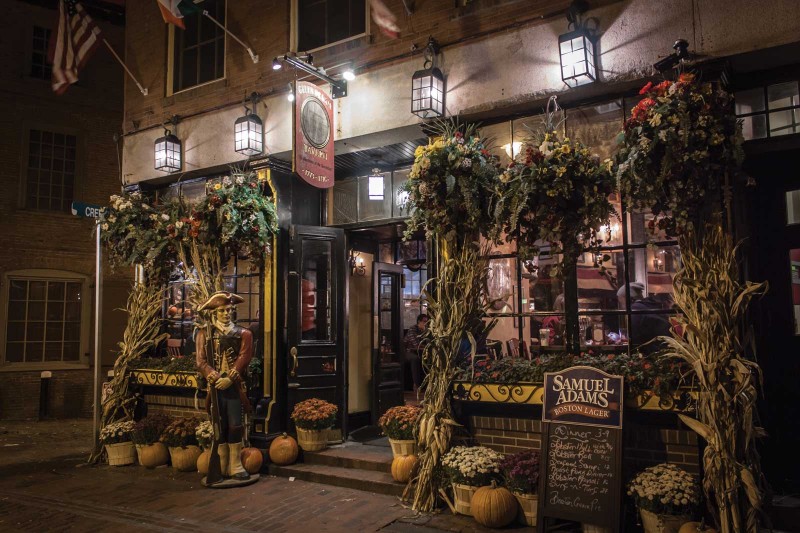 We wrapped up the night at Green Dragon Tavern. Established in 1654 (maybe …), this historic watering hole played host to the likes of Paul Revere and John Hancock. According to famed historian Daniel Webster, “it was in the Green Dragon that the plans for the invasion of Lexington and Concorde were overheard thus starting the famous ride of Paul Revere.” Thus you might argue that the American Revolution literally started there.

While the Top 40 cover bands, humorless bouncers, and raucous college freshmen have dulled some of its historical shine, it’s still among the oldest and most important taverns in the city. And a great place to end our tour!

Pizza, beer, and just enough of a history lesson to pretend we actually did something educational for the afternoon. If only my high school history class had been so fun and filling …