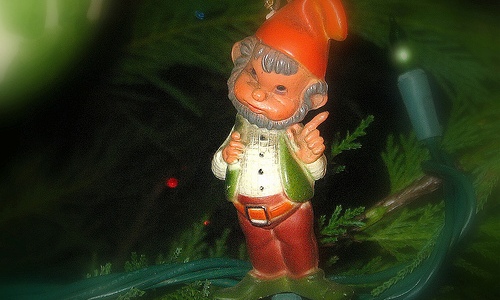 War on Fun Goes Airborne With “No Drinking On Flights” Campaign

This anecdote proves to him that his decade-long push to forbid in-flight drinking is justified. He wants all airlines to follow the lead of Bahrain’s Gulf Air, which banned alcohol by parliamentary decree on Islamic grounds. And while he admits that federal laws limiting the consumption of beverages are “not what you would call permissive,” he nonetheless has seven reasons why no one should be allowed to drink on planes at all any more ever. He does not appear to be joking.

The list isn’t particularly imaginative – what if you need to drive but drink anyway, what if you’re in Alcoholics Anonymous but drink anyway, etc. Flights are, to that extent, no different than any other alcohol-infused situation. The real secret to what’s behind this condescending teetotaling lecture is numero quatro:

4. It’s annoying – Just listen to Terry Ward’s account of her last flight from Orlando to Newark. “I sat next to a group of guys who were on their way to Montreal for a boys’ weekend,” she remembers. “They started drinking right after we took off and didn’t stop. Hard liquor the whole flight. I thought the flight attendants would stop serving them but they didn’t, because one of the guys was tipping them $20 each round.” Instead of cutting off the passengers, she made all of their drinks doubles, as they requested. “It was completely obnoxious,” she adds.

Poor baby. She got on a flight expecting everyone to be as positively irenic as she is. Instead she found people enjoying the flight, tipping their servers well, and not upsetting so many people that they got cut off. But this was still too much joviality in too enclosed a space for Ms. Ward.

Now we don’t really drink on long flights any more. We’ve flown tired, we’ve flown sick, and once we even flew in the midst of some pretty severe food poisoning. But the only time we’ve actively prayed for sweet death was when we woke up over the Atlantic with a hangover caused in equal measures by red wine, cheap liquor, and a crummy wedding. Remember that scene in Gone With The Wind where bloody limbless soldiers are rolling around on the battlefield begging God and man to put them out of their misery? It was just like that. So not so much with the aviation-related imbibing for us.

As always, two contrasting points. Of course there’s always a balance between the antics of individual passengers – or theatre goers, or stadium attendees, or party revelers – and the rights of the people around them. Everyone paid to be in the same place at the same time, and folks have to live and let live.

But we still return to the same question we always ask in these circumstances: when did we start letting the people who are obviously the worst at having fun decide what the rest of us get to do? Buy some noise-canceling headphones and an mp3 player. If drunken morons get through those, then you can complain.