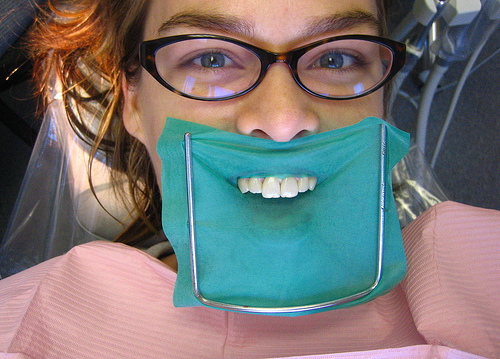 The Essentials of Medical Treatment in a Foreign Country: Expect the Unexpected

No one wants to get sick while traveling. Heck, we don’t want to get sick when we’re at home. But if you have an accident or illness while you’re on the road, it helps to be a little bit prepared for what might greet you when you walk into the hospital or the doctor’s surgery. Getting prepared, however, isn’t always that easy.

Experiences With Doctors in Foreign Countries

If you browse the internet before your trip, you’ll easily find a thousand and one recommendations for the kind of health insurance you just have to have. What you’ll have a lot more trouble finding are any ideas about what to expect if you actually have to visit a doctor or a dentist while traveling abroad.

That’s a pity, I think, because when you’re sick or injured, the last thing you want is to be confronted with a raft of cultural curiosities that you’ve never expected. Negotiating new ways of doing things can be fun when you’re happy and healthy, but when all you want to do is get better, you want this to be simple.

If you have a chance, ask friends who’ve spent a long time abroad about their experiences with the medical system in various countries. Even if they haven’t traveled or lived in your destination, your mind will be opened to a few unusual possibilities that could at least lessen the shock value if you’re unfortunate enough to get sick while traveling.

Let me give you a couple of my own examples to help get the acclimatization started.

Love getting a root canal filled? Of course not. But it’s still one step above getting an infection in said root canal after just a month or so in Japan. As I was living and working there, I asked my school for a recommendation. They sent me to a dentist who “spoke English”. Yeah, right. Not only did he not know any English after “hello”, he was so nervous about having a foreign patient that he was shaking.

I moved on to a less terrified dentist, but found his only solution was to extract my tooth. I was pretty sure that my dentist back home wouldn’t have recommended this, so I fled the surgery (after getting some better painkilling tablets from him). I finally found another dentist who fixed me up without shaking or extracting.

Tip to take away: You might be the first foreigner a doctor or dentist has to treat, and they could be more freaked out than you. But no matter what happens, try not to consent to treatment you don’t want.

Bonus tip: I also discovered the beauty of powdered medicine in Japan. It’s apparently rare to prescribe actual solid pills or tablets, which was great for me, because I hate swallowing them. The powder doesn’t always taste that great, though.

Gallstones and Alternative Medicine in Slovakia

If you’ve got a major health problem to deal with, you really should consider returning home.

A friend of mine got sent to a (truly) English-speaking doctor in Bratislava to deal with his gallstones. He was expecting minor surgery; he got four bottles full of Chinese tablets to swallow daily for three months. And the insistent doctor wouldn’t do it any other way. (Incidentally, the tablets didn’t help).

Tip to take away: You might not get what you want. That’s the same at home, but even truer abroad. If you’ve got a major health problem to deal with, you really should consider returning home.

Specialists and Special Treatment in Germany

No matter what my problem was, my “house doctor” in Germany would send me to a specialist. Under the German health care system, specialist doctors don’t cost any more than regular general practitioners, so it’s common to get referred along. Off the top of my head, I can think of three regular check-ups that my general doctor at home would usually do, but that I got referred for in Germany.

However, if you’re lucky enough to have a decent amount of medical coverage in a country where the system is pretty socially-minded, like Germany, you might be pleasantly surprised at the services you get. After I slipped a disc in my back, I was prescribed a heap of physiotherapy, and didn’t have to pay anything at all.

Tip to take away: Remember that some countries have medical systems vastly different from yours. Sometimes that means your treatment will be even better; sometimes it means that simple things just take longer.

So, to sum up: expect the unexpected. Like all aspects of foreign cultures, medical systems will vary a great deal. A doctor’s surgery or a dentist’s clinic might not even look anywhere near the same. In some you’ll have to take your shoes off; in others, you might not be able to make an appointment, but just sit and wait for hours until it’s your turn.

If you’re unlucky enough to be ill while you’re traveling, try to get help as fast as you can, and then see the positive side. You’re having a typical local experience, and will no doubt have a few stories to tell after you get better. You see — getting sick is not all bad.

Have you had any interesting experiences with doctors, dentists or hospitals while you’ve been traveling? Please share the knowledge with all of us by leaving a comment below.