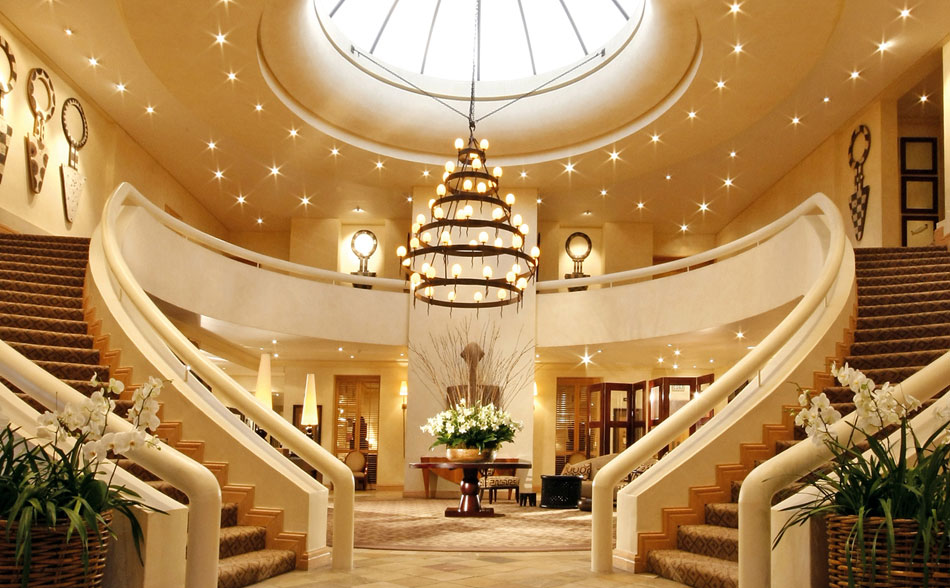 The driver wore a crisp, neatly pressed black suit and silk, powder blue tie — an ensemble far nicer than any I owned at home. I’d phoned requesting a transfer approximately thirty seconds ago. It was like he teleported to meet me at the train station.

He shook my hand, flashed a bright smile and directed me toward a jet black Mercedes so shiny, it could have been dipped in mercury. Inside, he offered a hot towel, ice cold bottled water, and an array of fancy mints, hand sanitizers, and French perfumes that smelled of offshore bank accounts. Such is the level of service at Johannesburg’s uber-exclusive Saxon Hotel. 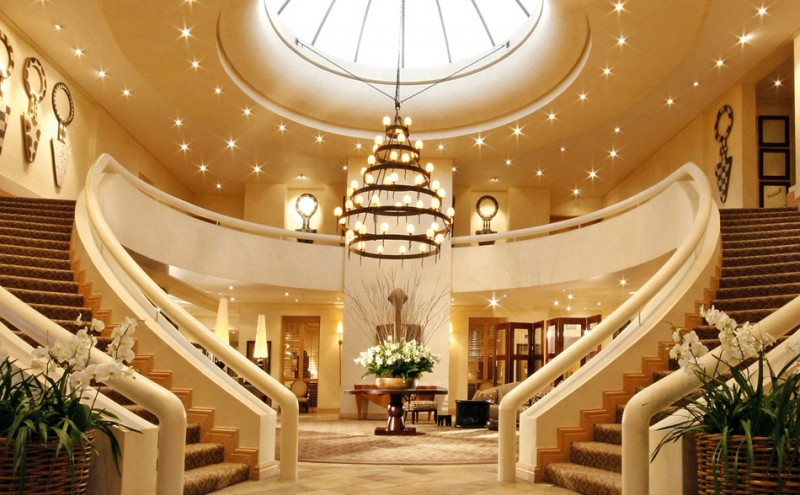 Not Your Average Check-in

Upon arrival, a parade of hotel staff greet guests by name before making quick work of luggage and whisking them off to their suite. As one of the Leading Hotels of the World, the Saxon is, as you might imagine, very exclusive. The walls are adorned with remarkable hand drawings of countless celebrities, foreign dignitaries, and heads of state who’ve visited the property since the 1990s — Bill Clinton, Kevin Spacey, Oprah Winfrey, and Lady Gaga to name a few. Nelson Mandela even lived at the Saxon for six months while his own home was under construction. His exclusive suite is now offered to guests as the Nelson Mandela Platinum Suite – the ultimate accommodations.

… or Your Average Suite 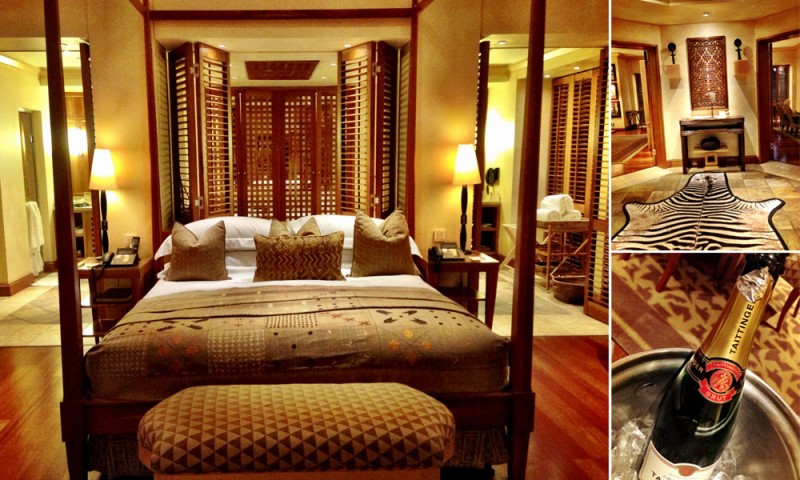 To up the ante during my stay, the hotel was kind enough to provide me with two nights in one of four exclusive Presidential Suites. Opening the double doors revealed a stunning, palatial room (2,152 square feet to be exact), complete with foyer, private balcony, fully-equipped kitchen with on-call butler, three separate dining areas (including one in the bedroom), separate guest bathroom, complimentary mini bar, massive double master bathroom, a ridiculous entertainment system with free in-room movies and music, and a work station with a laptop and printer. Yes, it’s the little things in life.

With a raised eyebrow, I quietly gasped. “So this is how the other half lives …”

I spent an inordinate amount of my stay devising a good reason to phone my personal butler:

“Hobson … be a dear and prepare a spot of coffee for us, won’t you?”

“Hobson, press my socks, would you? Extra starch this time!”

None of it made sense. I couldn’t bring myself to do it. But it’s the closest I’ll likely ever come to traveling like a rock star, foreign dignitary or … Justin Bieber. 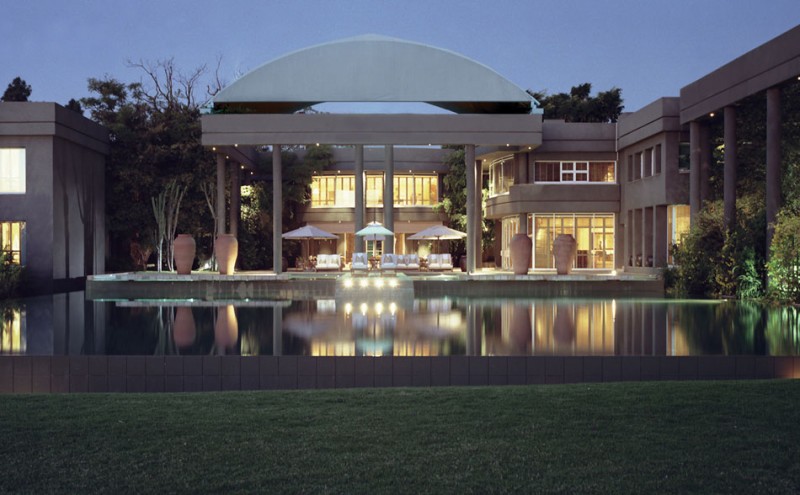 The Saxon somewhat cheekily calls itself a “boutique hotel”. And its original design as a private residential retreat lends credence to that claim. But, unlike typical boutique hotels, its legion amenities are opulent (almost bordering on absurd) and virtually guarantee that guests never need leave the property:

Presidential Suites offer even more, including:

As you’d expect from a hotel of this caliber, the onsite Saxon Spa and Studio are every bit as lavish as the guest suites. Choose from an extensive list of treatments, work out in the state-of-the-art fitness area, get prettied up at the hair and nail studio, or relax in their dedicated “hydro area”. This includes an outdoor heated pool, water-wall showers, indoor Jacuzzi and cold plunge pool – all ideal for relieving aching muscles and boosting circulation. 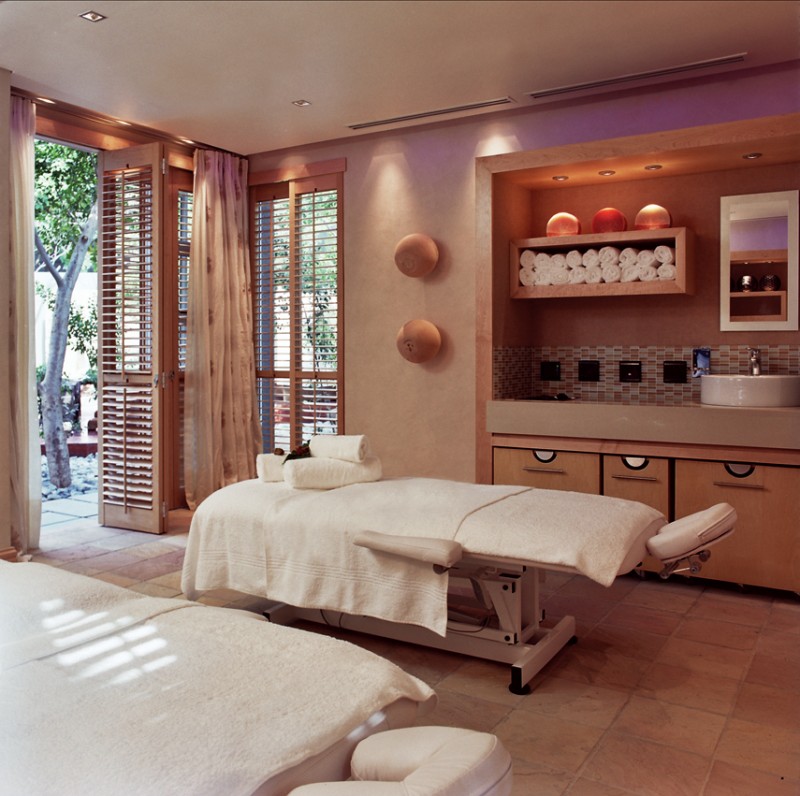 While I didn’t avail myself of every service during my stay, I’m happy to say that my personal massage at the hotel spa was literally the best I’ve ever experienced. My petite, 100-pound therapist provided a Deep Tissue Swedish Massage that worked over every inch of my body to the point that I could barely stand afterward (”¦ and that’s a good thing!). I promptly returned to my room where I faceplanted into bed and slept for 14 hours.

Thankfully, the Saxon recognizes that, even as a premier hotel, short-term guests typically don’t want fine dining for their entire stay (even celebrities and probably Mandela enjoyed a burger and fries once in while). Which is why it offers several dining options, from relaxed outdoor (Olive Bar and Koi Terrace), to casual (Qunu grill and steakhouse), to pure luxury (Five Hundred). 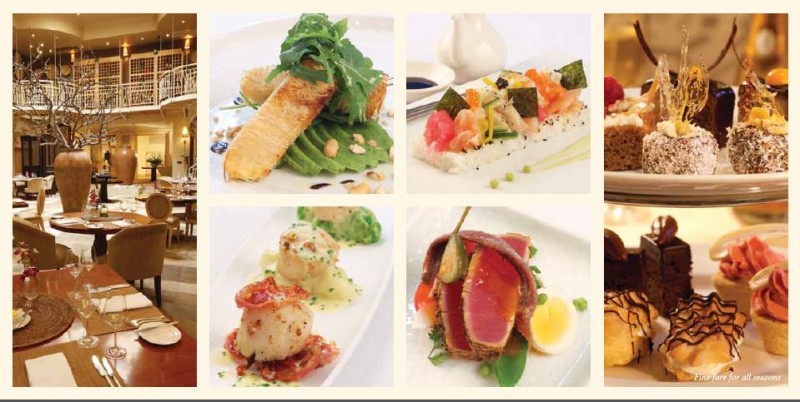 Qunu (shown above) is an excellent “in-between” option with a relaxed, upscale atmosphere perfect for either a romantic or casual dinner with friends. The menu is extensive with a variety of local options, however I personally recommend the Springbok Loin – their unofficial signature dish. It is, without a doubt, the best meat entrée I’ve eaten anywhere in Africa.

Whichever option you choose, don’t miss out on the wine selection. As this is South Africa, they take their vino quite seriously. The wine list offers an extensive inventory of locally sourced wines with preference given to those from Cape Town and the Western Cape (not surprising as both the chef and sommelier are from there).

“Nice accommodations, if you can get ’em.” For the average traveler, The Saxon is likely to be just out of financial reach. But, as a travel splurge for honeymooners and once-in-a-lifetime, bucket list travelers to Africa, I can’t recommend it more highly. The service, amenities, staff, food, and guest suites are all well above virtually any five- and six-star hotel I’ve ever visited.