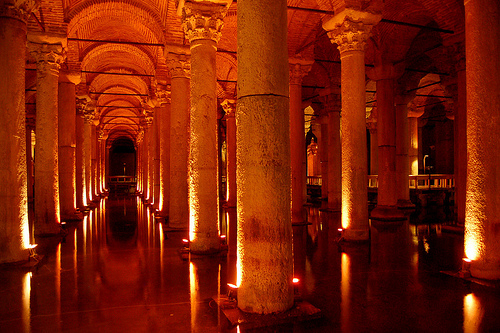 Below all the hustle and bustle of Istanbul’s streets, lies a treasure that for much of its existence, lay undiscovered. The Sinking Palace, also known as the Basilica Cistern, is an ancient underwater reservoir, whose grand pillars now emerge out of the little water that remains.

The Sinking Palace is believed to have been built by the Byzantine King Justinianus I. It stands on what was formerly a Roman Basilica which gives it its second name, the Basilica Cistern.

At its height, the cistern had the capacity to hold 27 million gallons of water, enough to supply the city of Constantinople. As the years passed, the cistern fell to waste, lying forgotten beneath the ground. 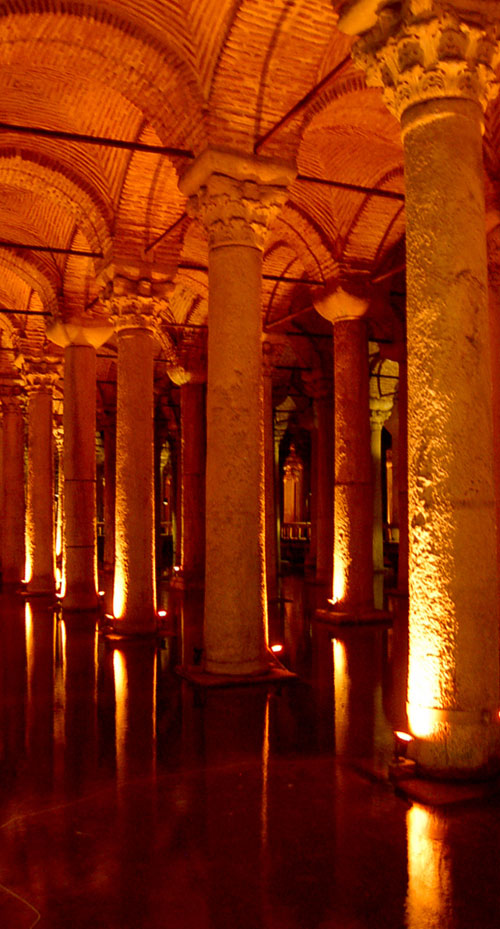 It was a Dutch traveler P Gyllius who discovered the Cistern in the 1500s. He had heard stories of people fetching water by dipping a bucket into holes in their basement. More surprisingly, these buckets were coming back to the surface with fish. No one is sure how P Gyllius managed to access the cistern; presumably, he wriggled through one of these holes. Soon, the city authorities got involved, restoring the grand pillars and columns back to their glory.

There were more surprises when all the water was drained out. Two marble heads of Medusa were found in one corner of the cisterns. Mythology has it that the terrifying face of the snake haired Medusa was used by the likes of Perseus to destroy his enemies, because whoever looked at her turned to stone. Her head was placed at the entrance of prominent buildings to guard them from the evil eye.