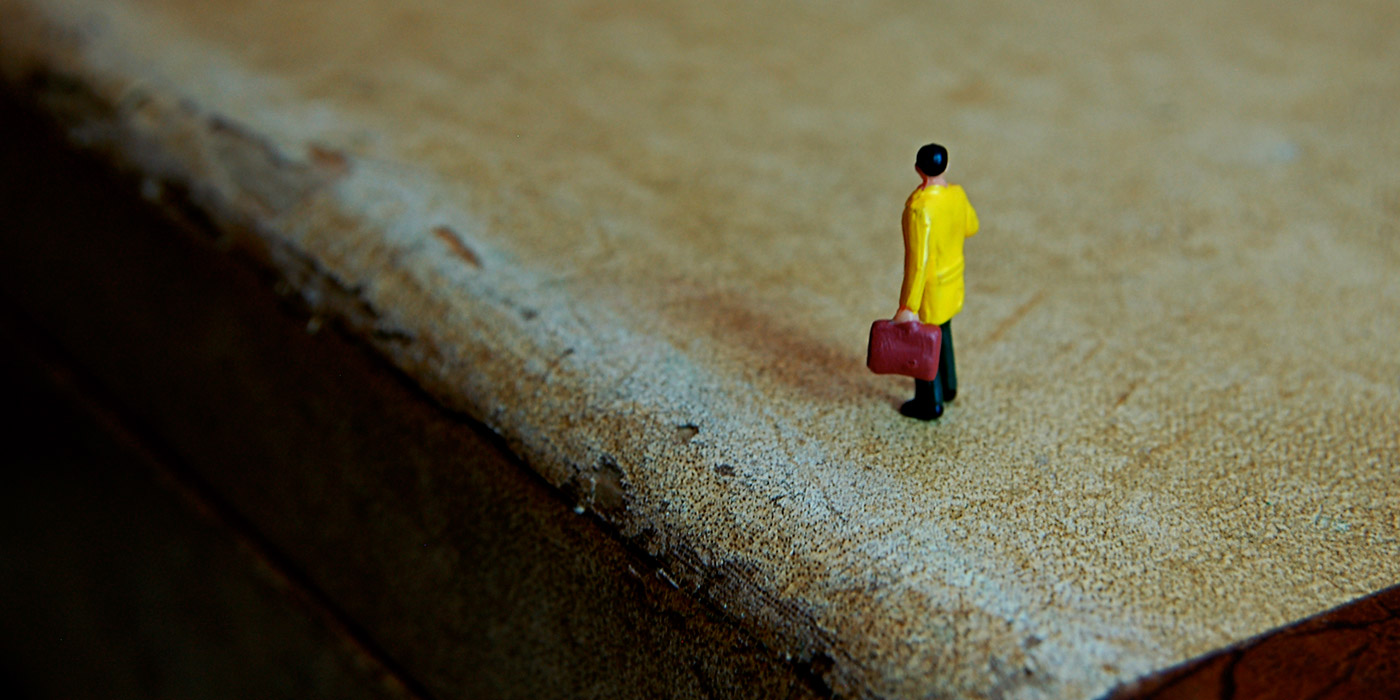 The Immature Traveler Returns: All Grown Up Now and Looking Back

As of this week, I am 30 years old. In the mind of teenagers and those in their early 20s, I’m sure that means my youth is gone, never to return, and my life is on a slow, steady downward spiral. To anyone 26 and up, I’m betting just reading this fills them with a sense of dread at what they know all too well lies in their future.

To all those people, I say: I’m not dying.

But I am different.

It’s no exaggeration to say travel matures us far faster and more effectively than stern talks from parents or working as a professional. We learn humility being the ones forced to brave a conversation in a foreign tongue for something as simple as finding the bathroom (or using it properly). We gain perspective by speaking with those who may know nothing about where we came from: our economic background, our school, our whole world. We feel the pressure of being the only one of “our kind”, a stranger in a strange land.

A long-term traveler is nothing if not responsible: arranging transportation to/from our destination, ensuring a proper place to sleep, serving as ambassadors to our countries even when we’re not aware we’re doing so, learning from our many failures, and accepting goodwill. 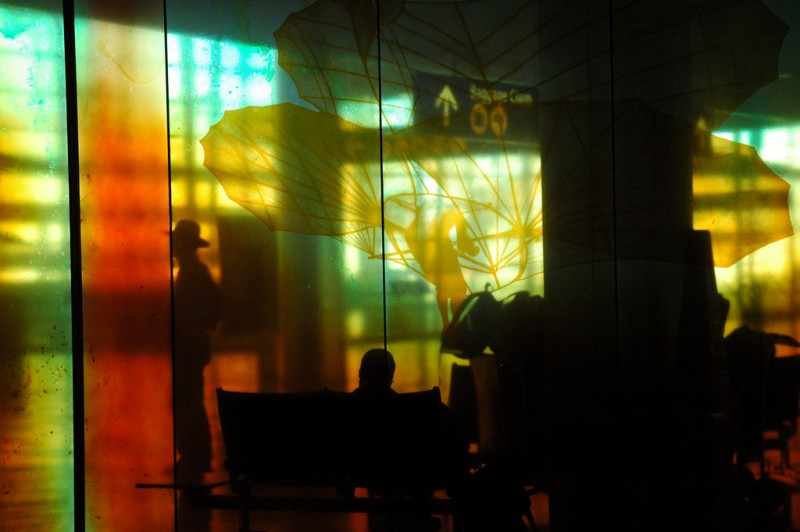 My first year in Japan and my first experience abroad could well have been regarded as a fifth year at university: weekends partying in the city, days spent bickering with roommates (well … coworkers), using any means necessary to get laid, shirking responsibilities like work and study in favor of YouTube and sugary snacks.

I wasn’t the worst of the worst when it came to foreigners behaving badly, but I was certainly no angel. I lied to my boss about being sick so I could travel to Osaka. I considered my ways superior to those of the Japanese and wouldn’t hear anything to the contrary (who sets the thermostat at 28 degrees C in the summertime, anyway?).

I wish I could say to those beginning their journeys that it was just a matter of being on foreign soil for a given amount of time and once that passed, you began to evolve. If only it were that easy.

Mastering the art of travel is not accomplished with practice or talent. No school will give you a bachelors degree in not getting shot while backpacking through eastern Africa. Or in avoiding Montezuma’s revenge on your trek through Mexico. It’s a way of life. Unknown to the majority, it’s almost impossible to convey to your friends back home over the course of a single conversation. It’s more of a feeling, it’s the excitement I experience the night before a trip. The high that comes with booking a one-way train ticket to a place I’ve never heard of. It’s the little things that so often go unnoticed.

The Art of Travel

Travel, like any other form of education, requires an open mind, someone willing to listen to what the world is teaching us. Many of us have that, but there are a fair few merely existing abroad that do not. You’ve seen or heard about them: expats who do nothing but complain how awful life is here, how wonderful things are back home, how shallow, even stupid locals are when compared with their massive egos, who indulge in McD’s and KFC seven days a week … these are people to whom I feel entirely justified saying “You don’t like it? Go home.”

Bitterness can be an unfortunate side effect of living abroad for the long haul; the idea that we will be perpetual outsiders, standing on the surface of the water but never experiencing what it’s like to take a dip and swim freely, can be infuriating for some. Others learn to laugh it off and just go where the current takes them.

After years spent living on the road, I’m not bitter either. Just different.

Where the Grass is Greener … Maybe

At my age (it feels weird starting a sentence this way), I toe the fine line between irresponsibility and freedom. As a 20-something traveler coming into my own in Japan, I couldn’t see an end to the journey. So what if I was teaching English as a second language, a dead-end career in Asia if there ever was one? I was in Japan! I was eating sushi and taking pictures of shrines! My friends posted Facebook comments about how jealous they were and how much they wished they could escape. How could I want that life to end?

I once spoke with a Theravada Buddhist who told me of Thai monks forced into disrobing after years of practice due to fatigue. They had tried to follow the path as their tradition had laid out, but in the end, it didn’t lead to enlightenment, a lofty goal for anyone. Eventually, one just gets tired, even when you know the grass is greener on your side of the fence. I knew all too well that I was living an enviable life by American standards, a life few of my people knew how to obtain. But it didn’t matter, because in the end, I wasn’t satisfied.

I reached a point (I have no idea when) where travel became more comfortable than starting a life in the US. Gallivanting across the globe, not knowing where I would end up by nightfall, what I would eat, how I would make money, was easier than putting down a deposit on an apartment, sending out resumes, and paying $100 monthly for a smartphone. And so I chose the easier path, the road less traveled by most, but not the challenge to which I should have risen. 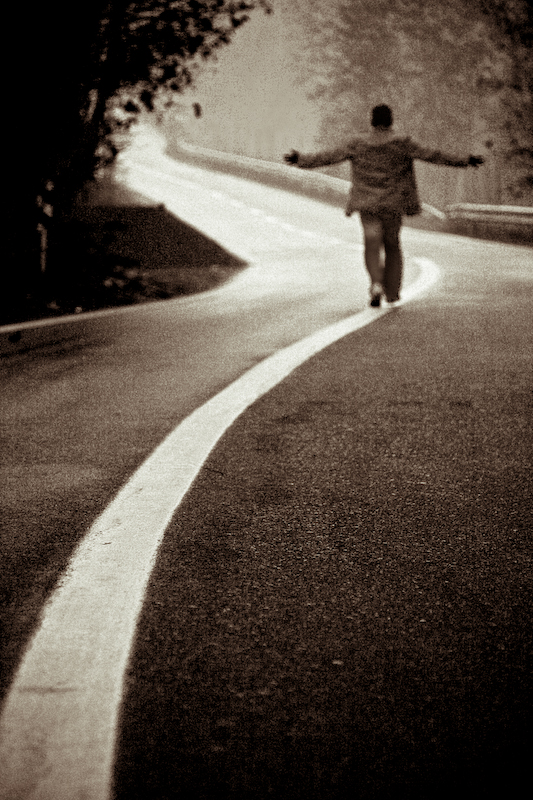 I’m writing this in a shared apartment in San Francisco. I’m 30 years old. I have no car. My credit card balance reads $0.00. I am employed, but on a temporary basis and only earning enough to get by. My biggest financial obligation is service for my iPhone 4. I’m at another crossroads, wavering over which path is best for my future.

To the right lies the life I’ve been living for the past six years. I keep traveling the globe, gaining experience, feeling more complete, exploring my passions, yet still … there is a nagging thought at the back of my mind that it can’t last forever. Will I meet someone who shares my desires, who wants to live constantly on the go?

To the left lies stability. A place to hang my hat. A full-time job in one location. A cat. A car. A life that can be maintained almost indefinitely by simply showing up and doing what needs to be done. But still I wonder … what did I leave behind, somewhere out there? Was I just one trip away from finding everything I ever wanted?

Yes, I’m breaking this all down into black and white, right and left, but the middle path isn’t feasible for the lifestyle of a true traveler. Barring ridiculous amounts of cash, we can’t simply have a regular place to call home and a stable job and drop everything to backpack around Europe for months. That’s the rub: what do we return to when we finally go home?

For years, I’ve looked at my 30th birthday as the ultimate boundary. It was a vague time in the distant future when I would have things figured out and settle in to a career or be well on my way to doing so. But I did nothing to prepare.

Japan led to Thailand. Thailand led to New Zealand. New Zealand to South Korea. And back again, filled to the brim with stories and perspective, but no richer, and no closer to being the man I thought I would be at thirty. Perhaps I’m more of a victim of societal pressure than self doubt; if I didn’t hear from classmates buying a house, having kids, and getting that promotion, I’d likely be more confident in my chosen path, and more willing to step back on that plane.

In the end, that’s what the maturity of a traveler means to me. Whether you’re someone with a base of operations who makes a few trips throughout the year or a vagabond constantly on the move, think your path through as much as possible early on. Don’t jump to a new country expecting to find any more meaning than you did in the last one.

Weeks lead to months, months to years. Before you know it, you’re at a crossroads facing a decision we all face: do I stay or do I go? Have the self-confidence to ignore what those you left behind – and even those who followed in your footsteps – are doing. You’ll drive yourself crazy trying to explore every road not taken.