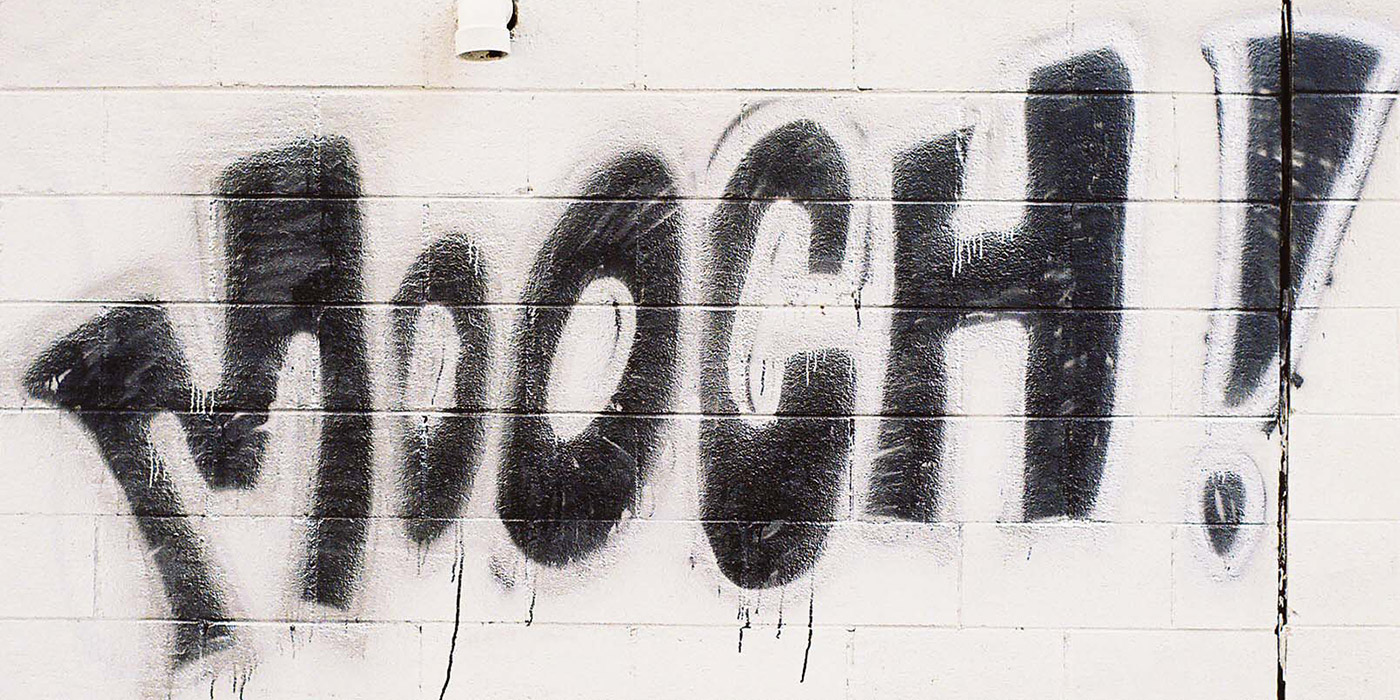 How to Travel Free & Forever as a Crowdfunded Deadbeat

Lately, it seems my writing inspiration is coming from the bottom of a bottle of Cabernet Sauvignon. There’s nothing wrong with that, of course. If anything, it makes me more honest, and prone to surfing Facebook to find the latest travel stories. My friend recently posted something that made me think back to the early days of GoFundMe and IndieGogo: 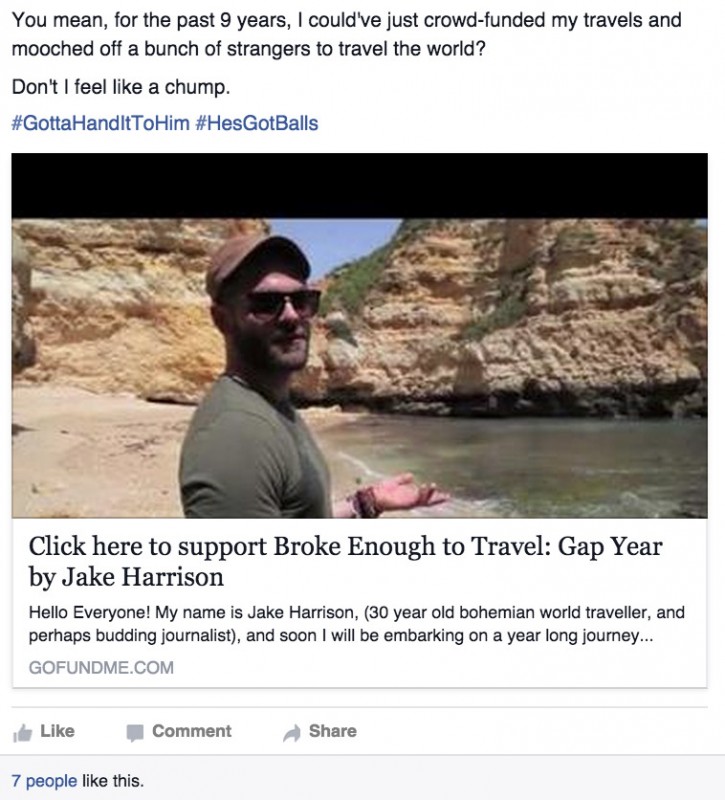 Jake Harrison, a self-described “perhaps budding journalist”, was looking for others to pitch in $7,000 so he could buy video equipment and film his travels across the world. Unlike Casey Neistat, who had some experience under his belt before securing funding from Nike to produce an awesome viral video (see below), Jake is like many travelers in The Age of Crowdfunding: long-term travelers looking for easy income on the road without having to produce any results.

The scary part? He actually raised $800.

When I first started traveling, it never occurred to me to ask other people for money. I was moving to Japan for a job after graduation, so why would I ask other people for starting funds? Would they have been as eager if I said I was moving to Pennsylvania? Even when I took it up a notch and became a full-time vagabond, there were still ways to get income: working contract positions in the US, building up ad space on Once A Traveler, etc.

The world is changing year-by-year, so why not take advantage of crowdfunding to score thousands of dollars to take your South American dream vacation?

These were the days before crowdfunding went mainstream. YouTube wasn’t really developed for advertising and getting money back to their channels. Blogging full-time was doable as more corporations were focusing on sponsored pages and “native advertising” (i.e. embedded links) and many were discovering that subscribers and followers could lead to massive e-book sales.

The world is changing year-by-year, of course, so why not take advantage of crowdfunding sites to score thousands of dollars to take your vacation to South America?

The Nature of Crowdfunding Vacations

There’s now a site dedicated entirely to those who want to crowdfund travel: Trevolta. Some are from individuals seeking to offer humanitarian aid to people in ravaged areas. Others include people (supposedly) dying or in failing health and wanting to take their dream vacation before they’re incapacitated or deceased. However, the majority of the site’s pages seem to be people like Daniel Lancaster:

Im Daniel! Im 24 years young. Im an adventurer, hiker, nature enthusiast, adrenaline junkie, and a lover of all things. As far back as I can remember Ive always had an overwhelming feeling of wanderlust. Ive never been one for the idea of settling down and being in my comfort zone for too long depresses and scares me. So after many years, I finally found the courage to quit my 9 to 5 job, sell all of my possessions, and pursue my calling. That is to travel to beautiful foreign lands, meet different but amazing people, and try to better understand myself and the world we live in.

Admirable. He wants to see Japan during the cherry blossom season.

Only a few days after I left home there was an unfortunate incident involving a mix up with flights which robbed me of a large portion of travel funds. Im now concerned if I can reach my goal, even with extreme budgeting. However, your support gets me an extra mile closer. Your contributions will mainly fund my lodging, top ramen noodles, bus tickets, and a cheap camera if I can get enough funding to splurge.

I support people wanting to escape the 9-to-5. I encourage people not to worry too much about hopping a plane to another country. I especially love hearing about Americans going to Japan. But I have a message for our adventurer:

Daniel, it doesn’t take courage to leave a job if you’re trying to receive thousands of dollars in handouts from strangers to support you because you were too stupid or ignorant to plan ahead. The same goes for making a mistake booking a flight. Courage (when it comes to the workforce, at any rate) is sticking around because it’s difficult, raising the money for which you worked, and then appreciating the fruits of your labors in any way you like: saving towards retirement, splurging on travel, even buying furniture.

There are thousands of Daniels out there right now, trying to get something for nothing (full disclosure: he does offer prints of his iPhone pictures … so, nothing). Most of them don’t meet their goals, but some get at least a few donations, enough money to make them consider starting a new campaign. 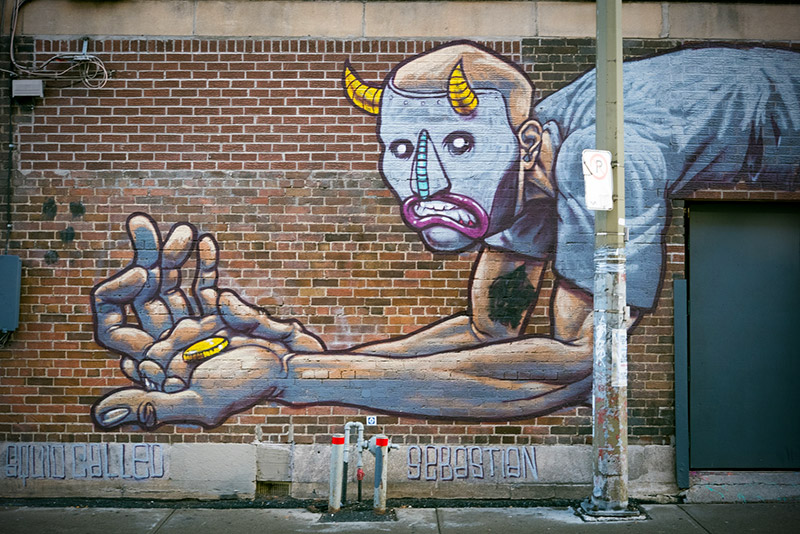 Sponsors Don’t Get Any Returns

The bottom line is the Internet is essentially funding people who are unwilling to save for themselves. We’re giving them an extra paycheck because their crowdfunding pages look like something we’d want to do if only we had the money … but we could.

How many out there actually want Daniel’s photos? I’ll hazard a guess: next to none.

How many are unable or unwilling to travel themselves and want to live vicariously through him for his Tokyo adventure? The majority.

I haven’t even mentioned some of the more ridiculous crowdfunding travel stories out there, including guys who want cash to stalk their girlfriends while they’re trying to take a solo holiday. To highlight this, I’ve created my own page at http://www.gofundme.com/howmuchcanimooch: 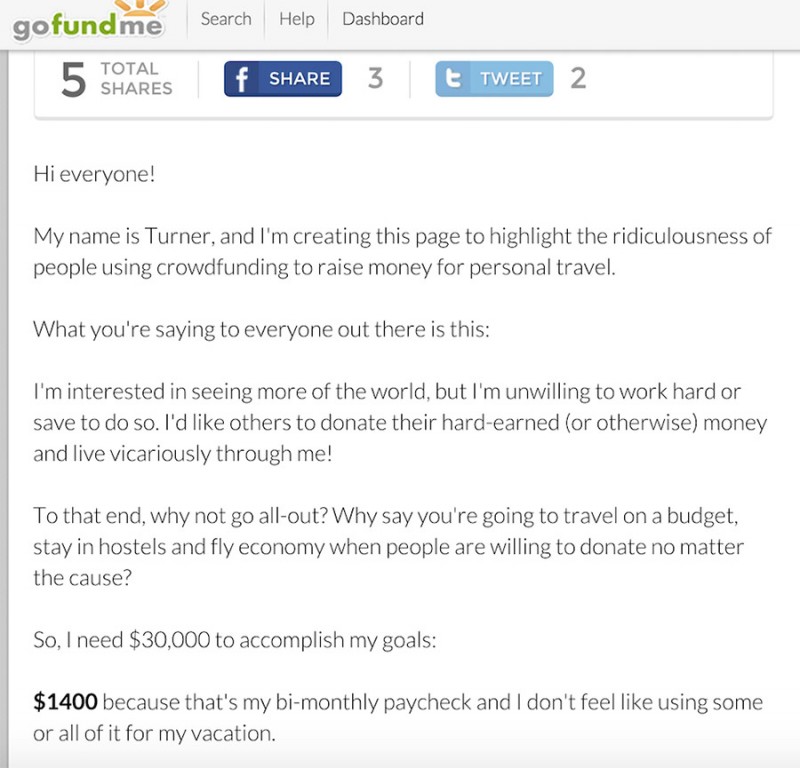 There’s nothing different about my goal, breakdown of expenses, or even why I want the money. The only difference lies in its honesty:

Please donate generously and I can guarantee you will receive absolutely nothing in return: no pictures (which, let’s be honest, are worthless anyway), no blog entries, no updates, no postcards, no thank you emails, and no gifts of any kind!

It’s one thing to travel-hack airlines by taking advantage of credit card offers to receive a huge points bonus and pretend to be an employee of a major corporation to get better rates on hotels à la Justin Ross Lee. But receiving what is essentially a handout from susceptible people for leisure activities is, at its best, immoral.

More to the point, it’s not something on which you can depend. You can walk into a casino today, drop $10,000 on a single roulette number, and maybe it’ll pay off. In which case, you have a roundtrip ticket to anywhere in the world. So you’re thinking: it worked once, why not again? And maybe it works a second and even a third time. Even if you lose, you think you can win. If you raise $500 out of a $100,000 goal on a crowdfunding site, you start to see that money as something to depend on. Like the false promise of gambling, crowdfunding something that should be your sole responsibility sets a dangerous precedent. 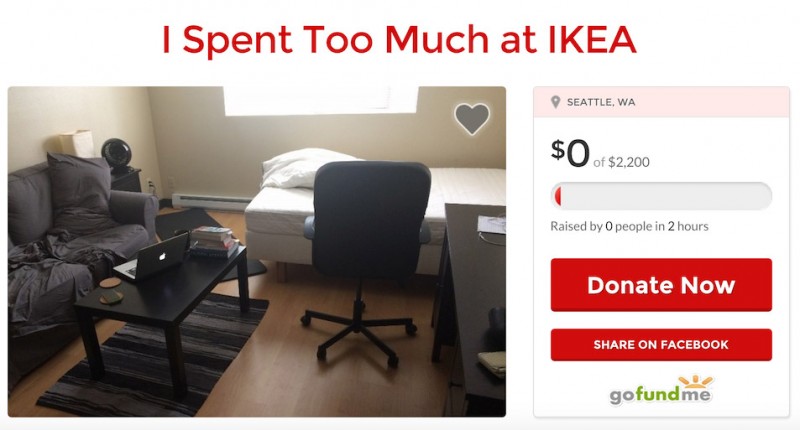 I think I need some cash to buy lottery tickets: why not raise $6 on GoFundMe? Or to pay my doctor’s bills (well, in the US, that’s a different matter entirely …)?

It’s exceptionally dangerous if you’re already abroad when you start a campaign and believe you can rely on pennies from heaven to return home. Eventually, even some of the fools supporting potato salads are going to wise up and stop investing in something that doesn’t give any returns. Basic economics.

So, to those of you who have read this far and still think to yourselves: “So what? It might not be good in the long term, but at least I can suckle it while it lasts!” I say congratulations! I assume you’re comfortable borrowing money from your parents at age thirty to go out to dinner with no intention of paying them back? Why not just trick people at the bar into giving you money? It’s not as though you’re robbing them at gunpoint if they’re handing it over willingly, right?

If your goal is money for travel, why not just say you have cancer to get more donations? Or that you’re in incredible pain on airplanes and require a specially made private jet suited to your environmental needs? That your invalid grandmother’s dying wish was for you to lick the Liberty Bell, if only you could afford a bus ticket to Philadelphia?

Some ethics radars may have kicked in for these extreme examples, but Daniel Lancaster’s and Jake Harrison’s approaches are every bit as immoral. Don’t let yourself fall into the same trap.