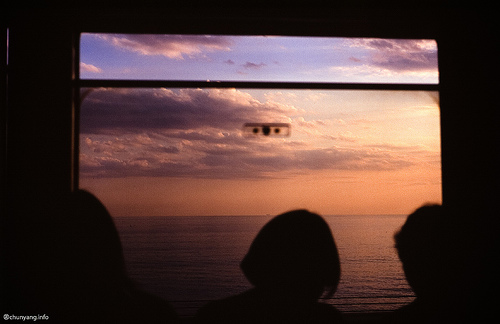 Planning a route for a round-the-world trip is both thrilling and problematic. There’s a mad excitement to standing in front of a world map and tracing a circumnavigation with your finger tip. Everything seems possible. But when you start trying to create a realistic, practical route, the world can start to fall down around you.

So just how can you plan a RTW travel route that makes sense? There are a number of factors to consider, including these: 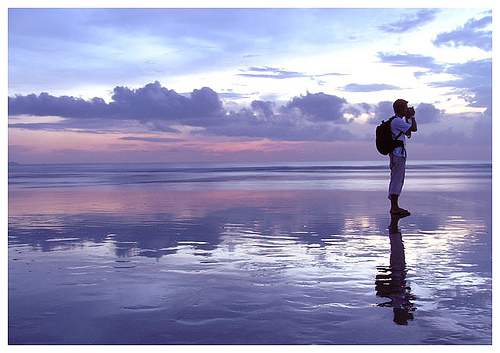 I’d say you can’t really go wrong when choosing the stops on a RTW trip, but some routes are more right than others. There are a number of factors to consider, but one that I think many people neglect is making sure your trip has a good variety of destinations. You might love the beach, but a RTW trip that stops in California, Australia and Thailand, all for the sun and sand, could get a bit repetitive. Think carefully about the different kinds of travel experiences you want to have and pick your stops to give a variety of these.

At the same time, don’t get carried away with trying to see the whole world. It might be a round-the-world trip, but you shouldn’t treat it as the only chance you’re ever going to have to travel, or you’ll try to squeeze in everything and end up hating it. Remember that you’ll definitely enjoy your travels more if you have just half a dozen really interesting destinations, rather than trying to see every landmark in a continent.

#2 – The Biggest Problem: The Cost

I’ve often dreamed up some truly fantastic RTW itineraries for myself, only to plug them in online and discover that buying a new car would be significantly cheaper. My favorite site to use is the Airtreks TripPlanner which allows you to experiment with all kinds of great routes, seeing different prices and adding or subtracting cities as it suits you. They also have a neat interactive map which makes it easy to map out a trip idea while making sure you keep traveling in the same direction, and the search results add in additional stops that can be made either for the same price or just a little more – although more choices are sometimes not what you need.

In any case, a RTW travel ticket is nearly always going to start at $2,000 and can often be around $3,000 or $4,000. That makes it a pretty hefty part of your budget. If that’s tight – whose budget isn’t? – then play around with your route to get the best value for your money.

Of course, there is more than just your flight to pay, especially if you’re traveling for a long stretch. Research your destinations to get an idea of the average daily costs for travelers and figure out your budget (adding a good 10 or 20 percent buffer). You might decide you need to spend longer in cheaper countries and have a relatively short stay in more expensive places.

There are two reasons why the weather is important: you might have a personal preference (I’m a summer girl), and it has a big impact on what you pack. If you’re doing a medium to long-term backpacking stint, you may not want to have to carry clothes for all seasons. Alternatively, you might want to visit winter or cold climate destinations as the first part of your trip and then dump your coats or send your winter woollies home.

There are, of course, ways around these problems, but if you have the flexibility while you’re still in the planning stages, do a bit of research about the expected weather at particular times of year in the places you want to visit. WorldClimate.com is a great resource for this and can help you structure your trip to take advantage of better weather, or perhaps even avoid your most hated season altogether.

While you might imagine anyone booking a RTW flight to be taking a slow journey of months or even a year, a lot of people are taking advantage of RTW flight routes to travel for just a few weeks, visiting several places in different continents. In that case, you really need to do your research on how much time will be spent in traveling, whether by air or land. You don’t want the memories of your big trip to be of departure lounges and airplane food. And remember – pure flight times aren’t enough, you have to factor in checking in before hand and traveling to the airport. It all adds up.

It’s not much fun to get back down to earth when you’re planning your RTW route and think about boring practicalities like visas or medical insurance, but it’s still necessary. You should check which countries you’re going to visit will require visas, and make sure that the timing of these will fit into your overall route. For example, some countries have visa requirements that limit the validity of the visa – you may not be able to get it issued more than six months in advance, which could be tricky.

Also, it pays to start researching a decent travel insurance policy – particularly one that includes health cover – while you’re still at the planning stages. Plus you’ll need to take a note of which countries you might need vaccinations or shots for, and how the timing of these work, too. When I was planning a trip to Namibia, I remember getting stumped by how and where I was going to be able to get the booster vaccinations required. Long trips can make timing complicated.

Don’t forget that the planning is often just as fun as the actual traveling. Take enough time to daydream about what your trip might bring, and to let your imagination run wild. Don’t be afraid to visit a country that you don’t know much about, or better yet, get your hands on some good reading material and learn about it. Keep a world map handy so you can play with possible routes in your mind whenever the mood takes you. This trip will undoubtedly be one of the best experiences of your life. Enjoy it right from the start.