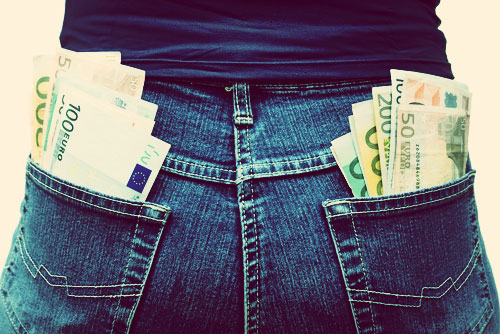 Pickpockets in Action: How to Avoid Getting Ripped Off

It’s every traveler’s worst nightmare: getting robbed or ripped off. Pickpocketing and petty theft constitutes the bulk of crimes against travelers. Look around the airport next time you’re away and it’s easy to see why: thousands of unsuspecting travelers toting laptops, MP3 players, jewelry, their best clothing and plenty of cash and credit cards.

The BBC presents a TV show called The Real Hustle geared towards:

… demonstrating confidence and magic tricks, distraction scams and proposition bets performed on members of the public.

The show highlights ways in which money can be extracted, with a view to educating the viewer in how to avoid becoming a victim. Various terminology is explained, and the marks are fully informed of the cons/scams straight afterwards and repaid any money they’d lost.

Here’s a sampling of just a few of their best clips:

Both of the techniques in this video are frighteningly simple, especially the second one.

Theft on a Bus

Bob Arno, a.k.a. Europe’s Prince of Thieves, has dedicated his life to studying how petty thieves operate. This hilarious video demonstrates Arno in action:

His book Travel Advisory: How to Avoid Thefts, Cons, and Street Scams While Traveling gives you “the inside look at today’s con games, credit card scams, distraction schemes, and identity thefts plaguing unaware travelers everywhere”. In a recent interview with Kiplinger magazine, he confesses that he is not in fact a thief, but does provide a bit of advice on how to avoid them.

Lastly, an in-depth write-up on How Pickpockets Work is available at HowStuffWorks.com.

Of course, if none of the above keep your hard-earned cash out of the greedy hands of thieves, there’s always 13 Backup Plans For The Modern Traveler.