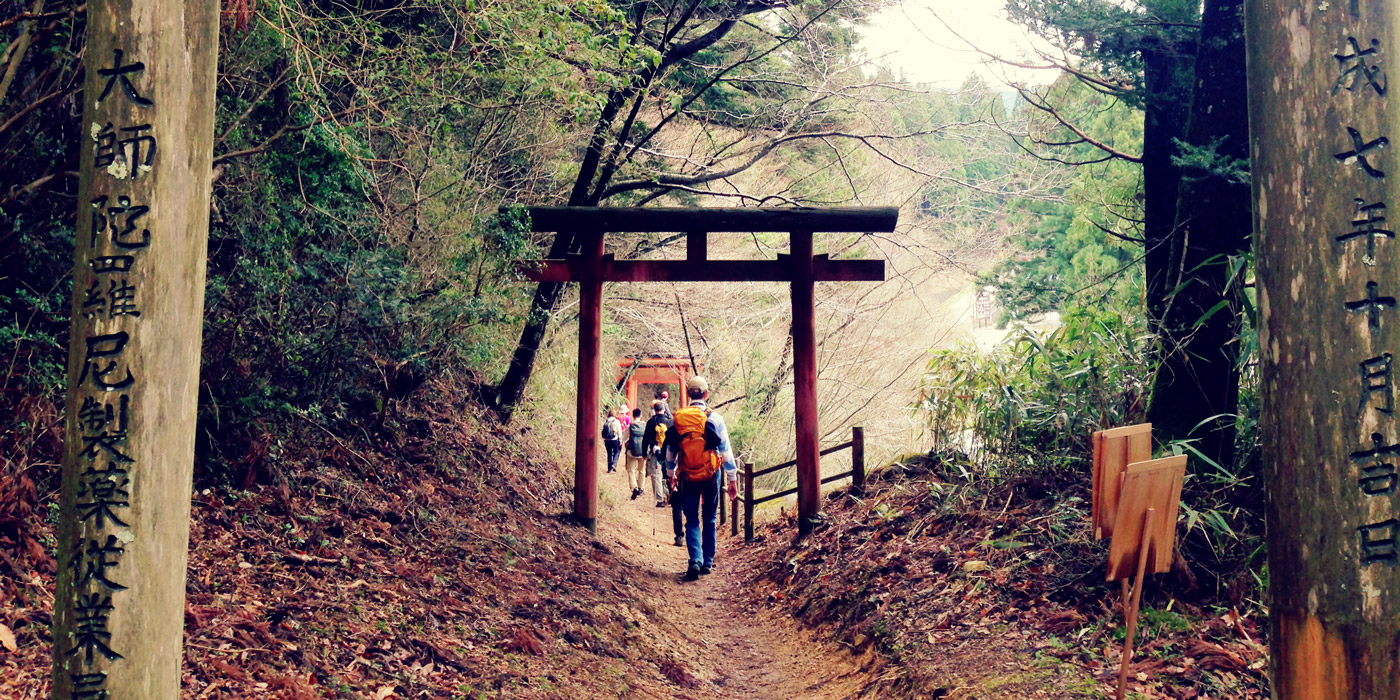 UNESCO’s List of World Heritage sites has become something of a “bucketlist starting point” for many travelers. Among many of the world’s most famous landmarks, the list includes:

Places as unique and diverse as the wilds of East Africa’s Serengeti, the Pyramids of Egypt, the Great Barrier Reef in Australia and the Baroque cathedrals of Latin America.

What makes the concept of World Heritage exceptional is its universal application. World Heritage sites belong to all the peoples of the world, irrespective of the territory on which they are located.

So it’s no surprise that travelers often boast about how many sites they’ve successfully ticked off. But there’s one site that many travelers have never heard of partly because it’s not really a site at all. The Kumano Kodo Pilgrimage is a series of interconnected holy routes that traverse Japan’s southern Kii peninsula. The pilgrimage ranks as one of only two hikes listed among UNESCO’s World Heritage sites (the other being the well-known Camino de Santiago in northern Spain).

This past March, I had the opportunity to hike the Kumano Kodo with Walk Japan. Their guided tour of the Kii peninsula provides a fascinating glimpse into one of Japan’s most sacred and revered geographical areas. To hike this region is to travel back in time through centuries of the country’s history and glimpse its spiritual, political, and social past.

The 9-day/8-night tour covers a lot of ground and it’s impossible to detail every day in one post. But here’s the lowdown … 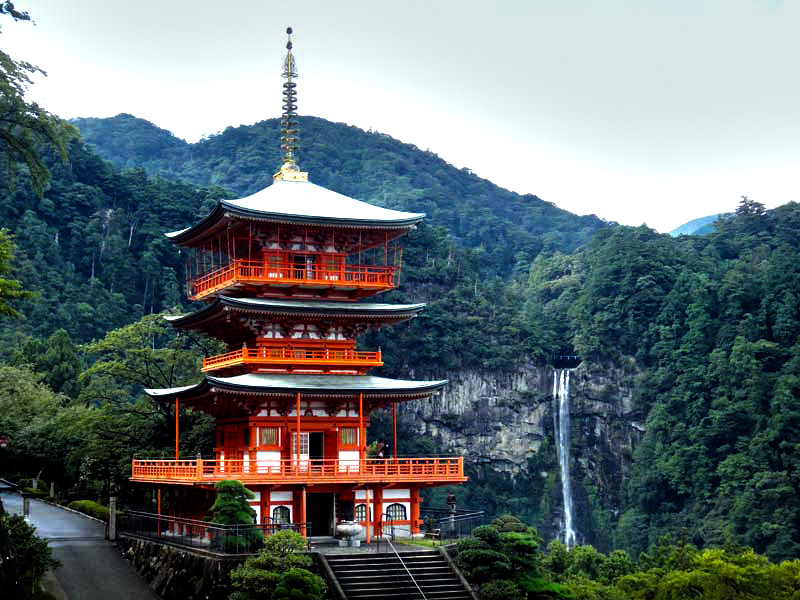 A Journey Through 1,000 Years of Japanese History

The flash and glamor of Tokyo is often a point of reference for “modern Japan”. But, for travelers, Osaka is a bit more accessible and representative of what life in urban Japan is all about. Day 1 of the tour begins here and it’s the ideal starting point to experience the hustle of the country’s modern day life. With just one night, tour-goers can experience only a small fraction of what the city has to offer. But a bit of sushi and dinner at a lively izakaya restaurant help provide a frame of reference for the days ahead.

The Temple Town of Koyasan

On the first two days, the tour jumps back in time more than 1,000 years to the sacred temple town of Koyasan. The trek starts with a 7.5km hike around the town’s perimeter trail which was originally constructed for women (who were not allowed inside the town until 1872). Continuing inside, hikers can experience the town’s Okunoin inner sanctum which is among the most sacred sites on the pilgrimage. It includes a mausoleum to the founder of the Shingon Buddhist sect, Kobo-Daishi. Overnighting here includes a stay in a shukubo – a traditional pilgrim lodge that includes a vegetarian temple dinner prepared by local monks.

The Largest Torii Gate in the World (Hongu Taisha)

Onward Across the Kii Peninsula

From Koyasan, the pilgrimage goes on to cover more than 100km over the ensuing days. I personally enjoyed some truly once-in-a-lifetime, bucketlist-worthy experiences along the way, including (in no particular order): 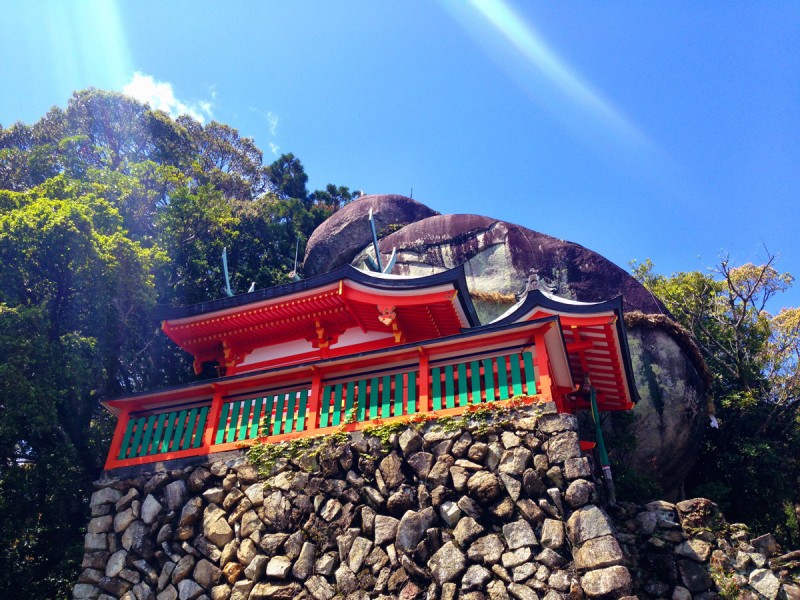 The last full day of the tour is relaxed (with respect to hiking), but spent exploring some of the peninsula’s most interesting sites along the Pacific Ocean. The morning offers a chance to experience Kii-Katsuura and Japan’s largest tuna auction.

A quick train ride then takes hikers to nearby Shingu and the last of the three Kumano Shrines, Hayatama Taisha. Here, hikers can make the final climb of the tour by ascending Mt. Gongen. At its peak sits Gotobiki Iwa, a massive boulder that is believed by many Japanese to be the place where the gods descended to earth.

Saving the best for last, the day ends with a train ride to Ise which houses the most important shrine in the Shinto religion.

Know Before You Go

Walk Japan marks each of their tours with a Tour Level that ranges from one to six. The Kumano Kodo Pilgrimage is rated as a four, meaning that it’s more strenuous than average. The walk covers uneven ground with some substantial uphill climbs (expect at least one particularly strenuous day). However, anyone in reasonably good physical shape should be able to hike it. For reference, my group included a handful of hikers in their 50s and 60s who found it challenging, but not impossible.

The actual route can change slightly, based on input from the group, whims of the tour guide, and/or the weather. It’s also worth noting that traveling the Kumano Kodo involves a mix of hiking and modern transportation. Hikers can expect to supplement their walking with taxi and train transport along the way. For the sake of time, this helps eliminate long and relatively uninteresting stretches of the pilgrimage. 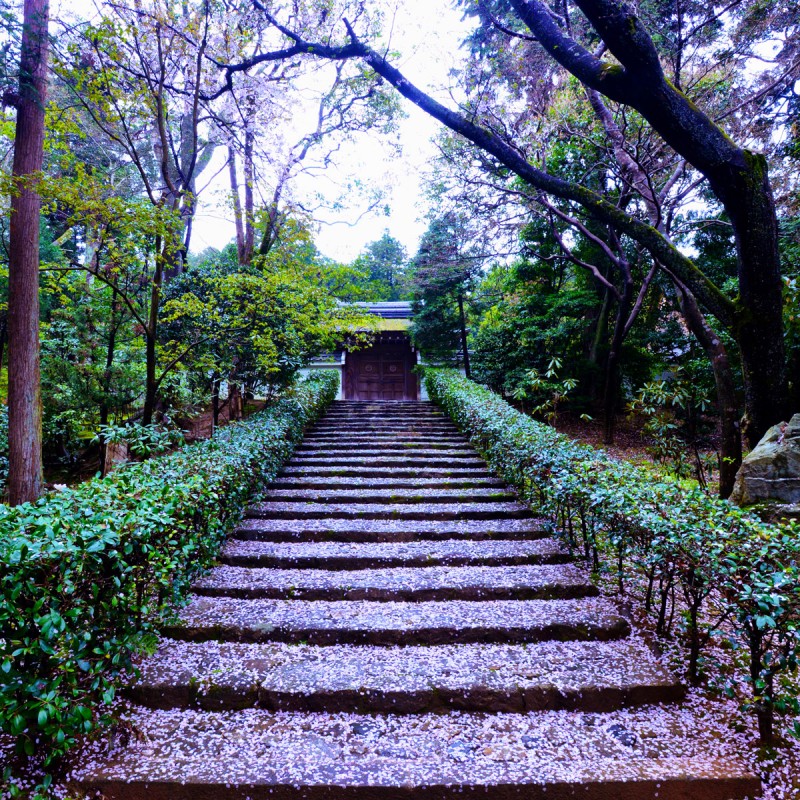 This is an easy decision in my opinion: cherry blossom season. It’s the time when Japan’s urban and rural landscapes spring (pun intended) to life with the brilliant pinks and reds of its cherry trees.

Springtime weather in Japan (March/April) is typically quite comfortable. Pack synthetic clothing in layers and expect temperatures in the 50s-60s (F). Walk Japan advises to expect approximately 2-3 days of rain during a weeklong trip, so be prepared for wet weather hiking as well.

Walk Japan also offers guided city tours of Kyoto and Tokyo. I only visited the former, but I can say that the two nights I spent there were fascinating! Either add-on tour can be booked alongside your Kumano Kodo Pilgrimage and help to provide additional insight into the country’s past (Kyoto) or present/future (Tokyo).