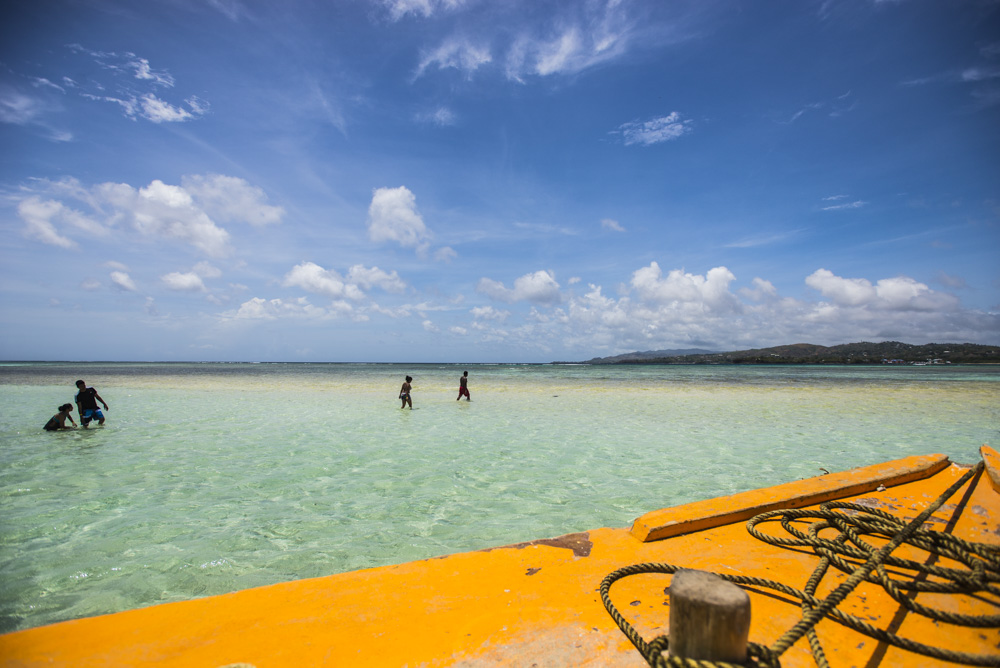 On the continuum of world beaches throughout, it’s no surprise that the Caribbean has some real stunners. From Barbados to Aruba, to the Caymans, every island appears to be in a never-ending battle of one-upmanship. Maybe it’s because of the island’s more “remote” location (for Americans anyway), but in my opinion Tobago doesn’t get nearly the love it deserves. Which is a damn shame because the island has arguably some of the most beautiful beaches in the Western Hemisphere.

You may know that Vagabondish is part of Viator’s Ambassador program for very, VERY important travel bloggers. So, on a recent trip through Trinidad & Tobago (OK, really just Tobago) I took up their offer to partake in a glass bottom boat tour through Tobago’s Buccoo Reef with a bonus stop at the island’s famous Nylon Pool. 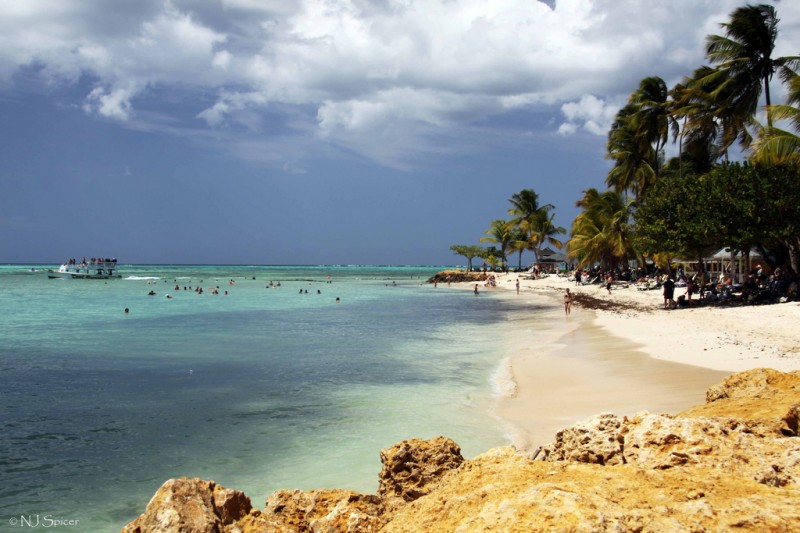 First of all: yes, it’s touristy and you certainly won’t be alone. But there’s a reason why the waters off Store Bay are peppered with dozens of glass bottom boats. Because Buccoo Reef in general and the Nylon Pool, in particular, are simply stunning. I’m talking about the kind of unnaturally blue/green water that makes up the title card of every Travel Channel show. Where every photo you take contains a tiki hut or a million dollar catamaran. 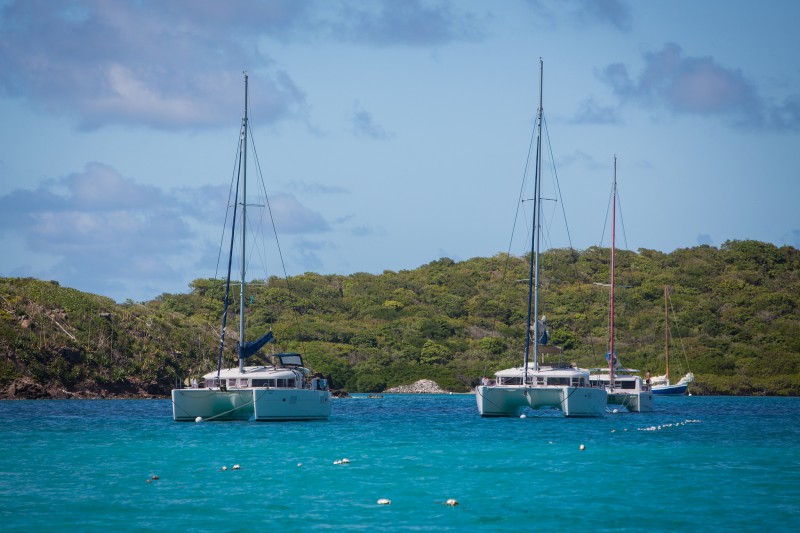 My tour launched from the warm, clear blue waters of Store Bay (another stunning beach in its own right), with two guides who were so laid back, I’m not sure that either one could’ve fogged a mirror. Blue cargo pants, blinged-out gold rim glasses, and sun-weathered faces. 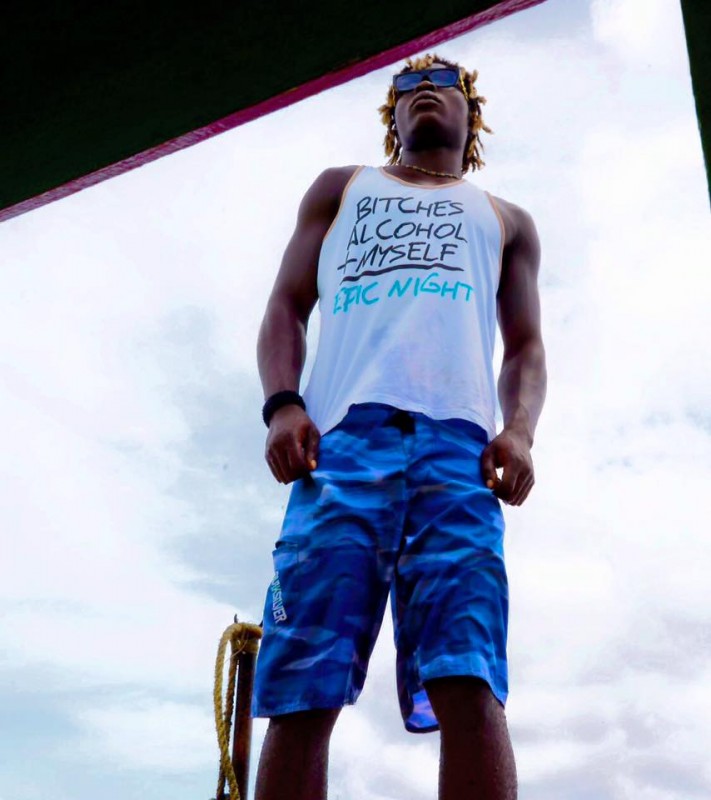 In case you’re wondering: yes, his shirt does read “BITCHES + ALCOHOL + MYSELF = EPIC NIGHT”. And I’m not criticizing here. This guy epitomizes the young, energetic, devil-may-care vibe so pervasive throughout Tobago. Love it or leave it.

On the half-hour trek out to the reef, the guides recited a script that they’d clearly recited a thousand times before. The right blend of sarcasm (“We hope you all make it back!”), education, and laid-back fun. There were plenty of children on the tour (which makes the above photo all the more curious, but …), so overall it’s a family-friendly outing.

Even though the tour is labeled as a Buccoo Reef cruise, time at the reef is quite limited — perhaps twenty minutes or so. For most folks — myself included — that’s likely enough. Travelers to the Caribbean and near-equatorial waters will recognize much of the marine life swimming past the glass bottom. Sargent majors, trumpet fish, and plenty of parrot fish make an appearance. Pretty, sure. But nothing overly exotic. 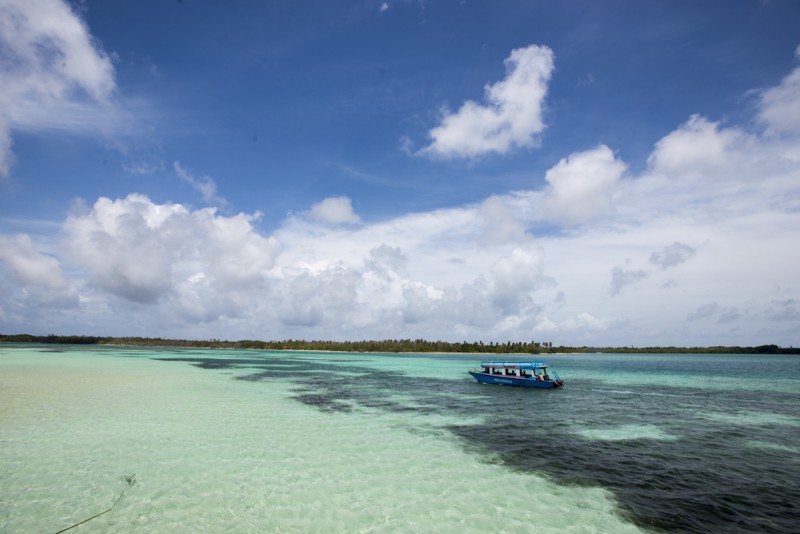 The real “get” for this tour is a visit to Tobago’s famous Nylon Pool. The area is extremely popular among tourists so, again, you won’t be alone. But even on a high-trafficked summer day, there were only a handful of other boats. And, even then, there’s plenty of room for everyone to spread out.

The Pool is actually part of Buccoo Reef — a shallow, white sand pool that, at low tide, measures hardly more than a foot deep. You can literally recline in the pool — in the middle of the ocean, I might add — as though you’re relaxing on a chaise lounger back at the hotel. 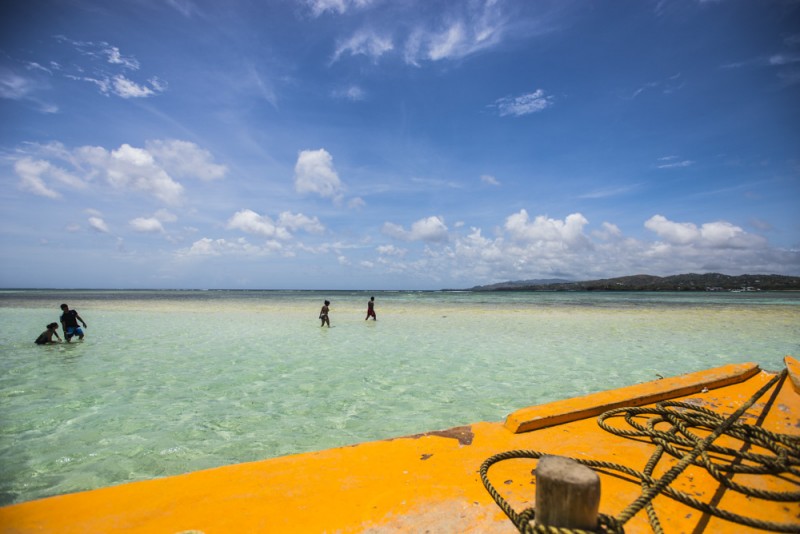 At the pool, the guides cut every passenger loose, allowing them to do whatever they wish in the water for however long they like. Not surprisingly, it’s a laid-back affair without much more to do than wade in the crystal clear water, drink in hand, listening to the local soca and calypso music from every neighboring boat.

After a little more than an hour, it’s time to pull anchor (which didn’t even get entirely wet) and head back to shore. Again, sure it’s touristy. But, as one of Trinidad & Tobago’s most beautiful stretches of sand and surf, I would highly recommend a boat tour out to the reef for any Caribbean traveler. 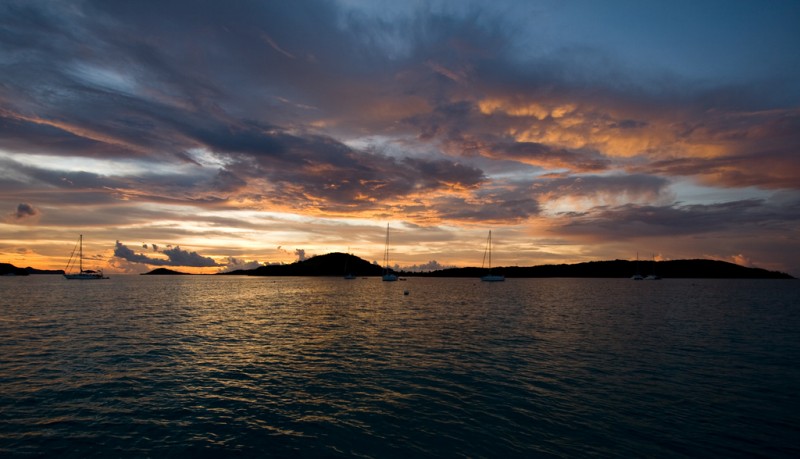