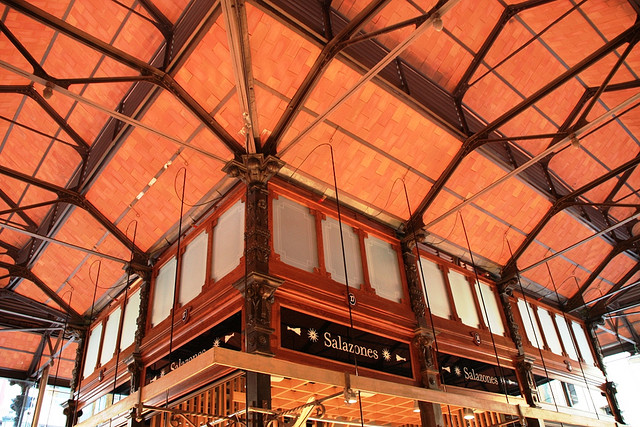 10 Food Markets with an Appetizing Architecture

Food lovers will tour the globe just to sample culinary treats. While gourmet aficionados will usually head to Michelin star rated restaurants, there are other places to get great food, too.

Local markets typically offer some of the freshest and tastiest options out there. In addition, they will frequently provide the crÃ¨me de la crÃ¨me of local specialties.

Here are 10 markets that not only offer great food, but spectacular architecture to boot.

Just off the Plaza Mayor in Madrid lies the Mercado de San Miguel. In the Middle Ages, it was an open air market, replete with stands where fresh and artisanal foods were sold. Back then, these stands surrounded the church of San Miguel de los Octoes. In the era of José Bonaparte, the older brother of Napoleon, this church was destroyed. In its place was left a square where the current market was constructed, conserving the name of the church. 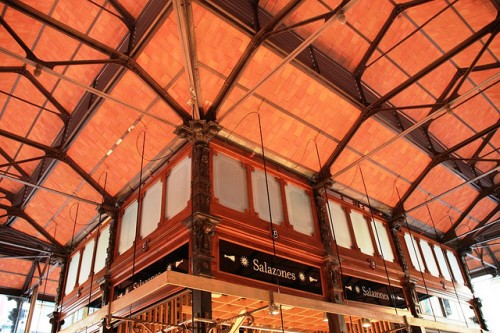 The iron structure that still remains today was built between 1913 and 1916, inspired by other European markets, such as Les Halles of Paris. The 1,200 square meters of today’s market sell Spanish specialties, from gambas to jamÃ³n to regional wines. But really, it transcends the national: there is a sushi stand and a Mexican section too. No matter what kind of food you like, you will find only the best of the best here. So make sure to come hungry. 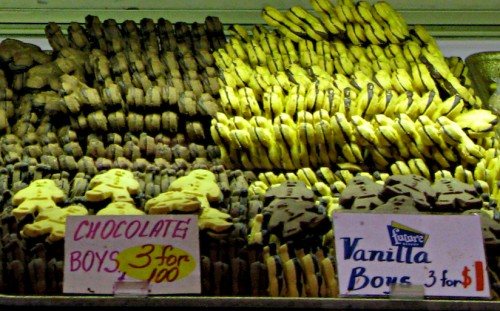 Toronto’s premier market is located at Front and Jarvis Streets. Here, you will find over 120 specialist vendors, selling everything from baked goods to bulk foods to gourmet teas and organic products. For a full list, divided into fourteen categories, click here.

Many of the items can also be purchased to go. This way, you can take a sneak peak at the architecture, which dates all the way back to 1850, and eat in the comfort of your very own home (or hotel.) 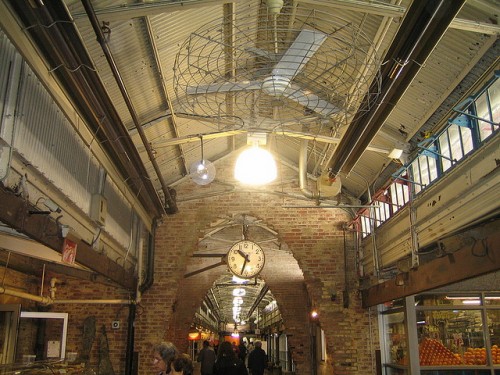 At the National Biscuit Company complex, begun in the 1890”²s in what is now west Chelsea, the ovens baked everything from Saltines to Oreos. Those ovens went cold a half century ago, when the company moved out, but newer ovens have been working over the last decade in part of that old complex — at Chelsea Market, from Ninth to 10th Avenue and 15th to 16th Street. A visit to the market offers ghostly evocations of the site’s history.

This description is how the Chelsea Market promotes itself. Nowadays, you can find local and international specialties alike at the market. To learn more, visit the market’s official homepage here or check out more on the history of the market here. 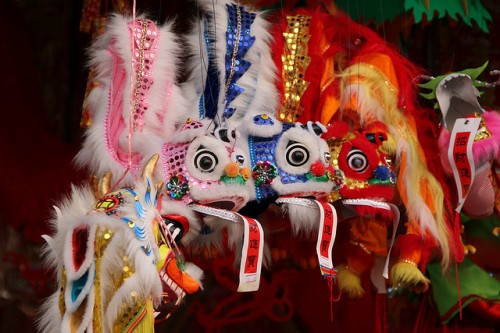 Smith Street in Singapore’s Chinatown is home to a food market, as well as food sold al fresco all along the street itself. You can find out more about the exact location here.

At the intersection of Trengganu St and Smith St, on the left along Smith St, you will see the famous Chinatown Food Street, which becomes a pedestrian only street after 6pm on weekdays, and 12pm on weekends and public holidays. It is a street that is lined up with street food serving some of Singapore’s most popular local dishes. However it is quite geared towards the tourist crowd with prices slightly higher, and regrettably over the years seen many of the stalls shut down, probably because of the operator’s struggle to keep up with the increase in rent. That being said, it is still a nice place to grab a beer, and just do some people watching. 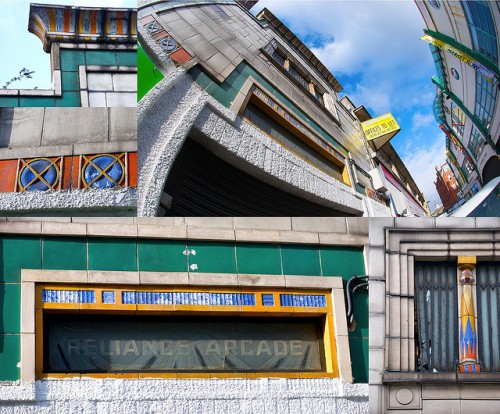 In the 1870s, the railway arrived in Brixton and a building boom ensued with the development of a major shopping centre. Bon Marché was the first department store opening here on Brixton road all the way back in 1877. On another note, Electric Avenue was one of the first shopping arcades to boast electric lighting.

Brixton market, which began in Atlantic Road and was moved to Station Road in the 1920s, now sells a range of Afro-Caribbean products and reflects other communities in the local area with Indian and Vietnamese supermarkets and South American butchers amongst the shops and stalls. 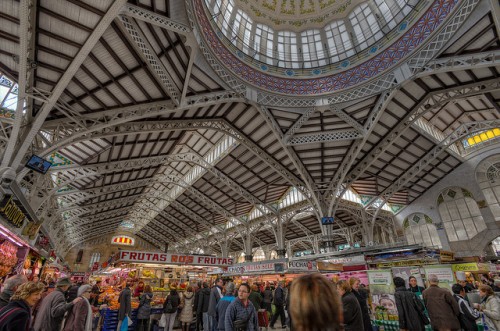 Spanish markets are, and will almost certainly always be, my favorites. In addition to the capital’s Mercado de San Miguel (see number 1), there are other cities with markets worth visiting too.

Valencia’s Mercado Central dates back to what was called “Valencia Ã¡rabe,” meaning the time when the city was still ruled by the Arabs. Back then, the market was located very near the mosque.

The building it is still housed in today was begun in 1914 and though it has undergone extensive renovation, it still boasts a use of metal and glass as well as domes and columns reminiscent of Gothic modernism.

Visit the official website here (note, it is only available in Spanish). 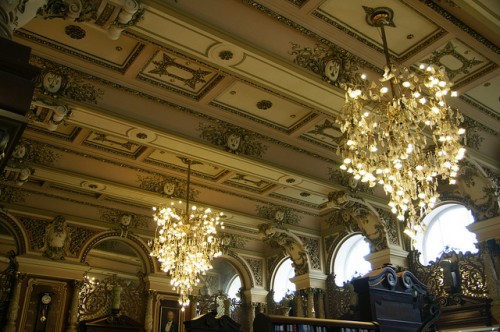 This market dates back to 1901, when it was also known as the “Temple of the Gluttons.” A family of wine merchants was responsible for the construction, which they decided to be houses in an ornate mansion. Chandeliers light up the ultimate luxury gourmet experience.

The items on sale, including caviar, champagne, sturgeon, vodka, and tea and sample blinis, pirozhki and fine chocolates, are often more expensive here than at a similar store around town. However, many of the vendors provide free samples for you to savor. 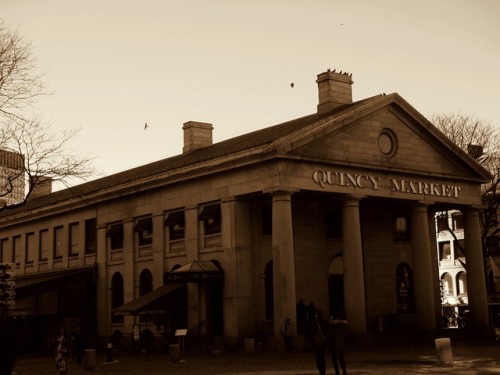 Quincy Market is considered a historic building, located near Faneuil Hall in downtown Boston. The building was constructed from 1824 to 1826. It carries the name of Mayor Josiah Quincy, who was responsible for its construction without any tax or debt.

The exterior of the two-story tall market is primarily made of traditional New England granite with red brick interior walls. In fact, it represents the first large-scale use of granite and glass in what is now known as “post-and-beam” construction, using cast iron columns and iron tension rods. While the east and west facades are kept in a Roman style, evident through the use of triangular pediments and Doric columns, the other sides are increasingly modern and American, exhibiting rows of large rectangular windows. 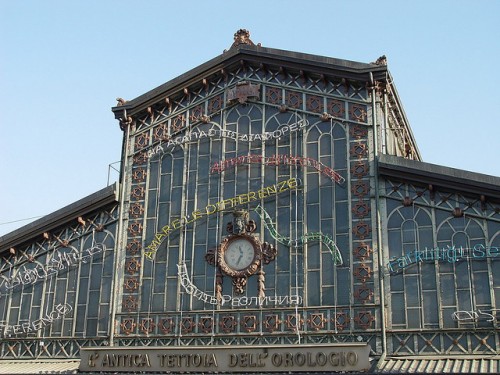 Porta Palazzo Market is officially known as an open air market, but there is a building quite worth admiring here, too. It is the glass structure in the Piazza della Repubblica which reads “L’antica tettoia dell’orologio”. (Hence the name “Clock market”).

From mushrooms in almost every period of the year to snails, from colorful grains to legumes and to dried fruit, from clothes to household goods, all of this is offered by more than 685 exhibitors. 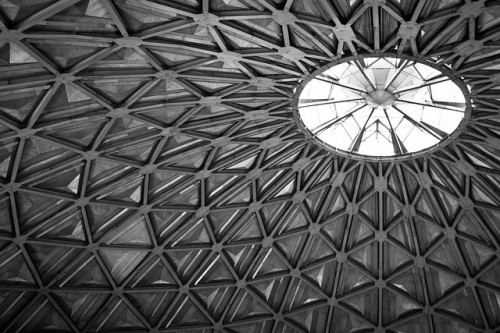 Chorsu Market is the biggest bazaar in Central Asia. Under a turquoise dome with rays of light filtering in, you will find anything from fresh fruit and vegetables as well as regional artisanal goods, such as ceramic figurines.

Click here for more details on planning your visit.