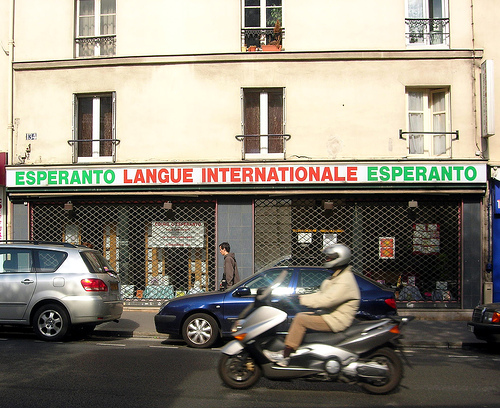 Esperanto: The Universal Language of Travelers?

The International Hospitality Service – an Esperanto organization – asks if you like:

If this tickles your fancy, then learning a new language may be in order. But don’t worry – learning this language isn’t the soul-sucking task that learning many new languages can be. Esperanto is designed to be quick and easy to learn, easy to speak, and a global facilitator.

What Is This Esperanto Thing?

Esperanto is a language that was originally designed in the late 1800’s to be the international “second” language of the world. It was developed by somebody who was frustrated with the idiosyncrasies of so many languages, the complexities of conjugation, and the inconsistencies that make learning a new language so difficult. He ensured that Esperanto would be easy to learn and speak, and it was intended to be the mode of cross-communication between cultures and countries for trade, finance, and leisure.

Since then English has come out on top as the international language of choice, and Esperanto is all but dead. However, there are still one to two million speakers of this dead language keeping it alive (how’s that for an oxymoron?), and there’s a great way to travel the world if you speak it too.

But I Don’t Wanna Learn a New Language!

I don’t blame you. But I am promised that Esperanto really is easy to learn, and with 30 minutes a day of self-study for about a month, you too could master the basics. The pronunciation is phonetic, there are fewer root words than in other languages, and it is a pot-pourri of different European languages, so many people will find that it’s not entirely foreign. Besides which, being able to travel the world on an inside track could be motivation enough.

Okay, I’ll Bite. How Can I Travel the World with Esperanto?

Similar to some of the cultural exchanges I describe in another article, Esperanto has its own hospitality network, called Passporta Servo (meaning Passport Service in English).

Over 1,350 hosts in 85 countries around the world list their homes in a worldwide directory, with some basic information about their accommodations or conditions (like notification in advance, number of guests, or number of days they are willing and able to host guests). 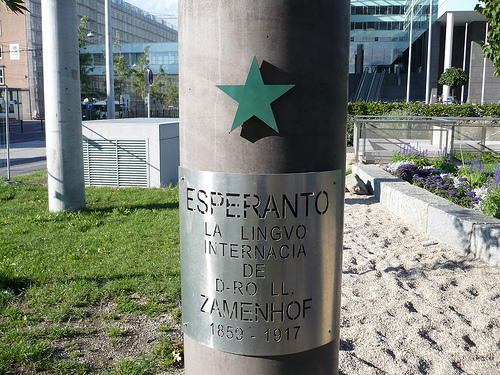 After purchasing the directory (which is updated annually), you have access to these hosts, and can contact them if you plan on traveling to their area. They are only obligated to put you up for the night, but more often than not you will find a willing and eager exchange of cultures, meals provided, and maybe even a tour of your destination courtesy of a local resident who can steer you away from the tourist traps.

The best part about this cultural exchange, is that before you even knock on your host’s door, you are guaranteed to have something in common with them: Esperanto. In order to even order the directory, you have to speak Esperanto (all the paperwork is in Esperanto), and all the hosts speak it too.

So you no longer have to worry about visiting a foreign country and shying away from a hospitality or cultural exchange for fear of sitting in uncomfortable silence for lack of being able to speak the same language. Instead, you will both be on the same page, learning, laughing, and practicing the language of travel: Esperanto.

Following are some links to get you started on your Esperanto journey: