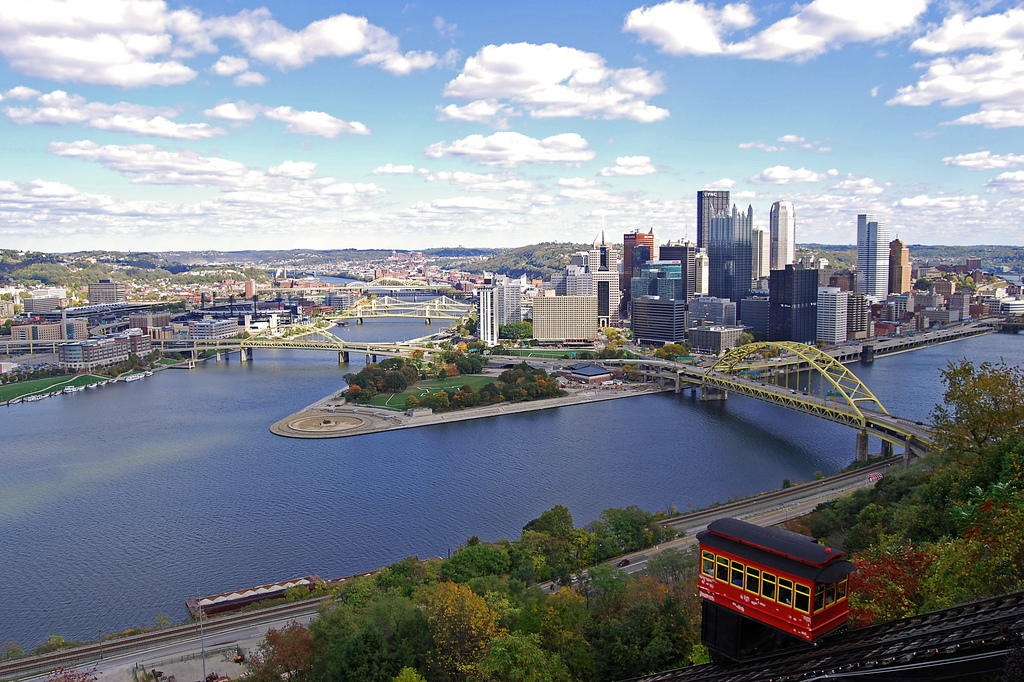 Old Pittsburgh relied on coal and steel; the new one depends on talent. Putting behind the trappings of a successful industrial past and spasms of unemployment, Pittsburgh has reinvented itself with new industries, sports stadiums, parks, biking trails, contemporary art galleries, eateries and pretty much everything you would expect in a middle-size American city. 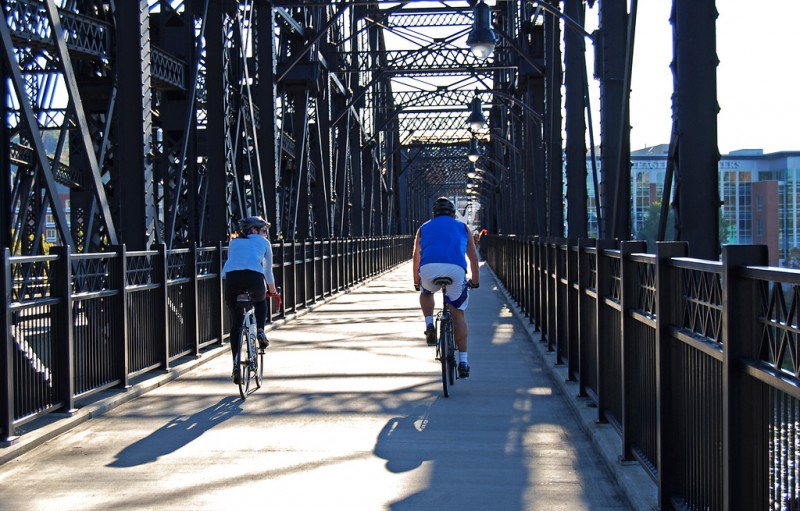 Not too long ago – November 28, 2007 to be exact – the city strengthened its bike-friendly image by officially opening the Hot Metal Bridge for bikers and pedestrians. Worth $10 million, the rehabilitated steel bridge spanning the Monongahela River connects two sections of the Three Rivers Heritage Trail and is a key link in the Great Allegheny Passage.

I know what you must be thinking, “Why bother with those unmanageable paper puzzles when I have everything on my iPhone?” Well, it’s because it’s easier to pre-determine and mark your route on paper. You can always use your smart phone while on the move to stream road conditions and make the necessary detours.

I am talking from experience when I say that it’s easy to get lost in Pittsburgh. Famous war reporter Ernie Pyle once joked that Pittsburgh must have been laid out by a mountain goat and you will agree with him, especially if you are new to the city.

If you are renting a bike, go for a shop right on the trail that gives you plenty of choice. I suggest checking out Golden Triangle Bike Rental which has their main location on the Eliza Furnace Trail in downtown Pittsburgh. You can choose from the comfort/hybrid, mountain bikes, road bikes, tandems, tag-a-longs (perfect for children, it attaches to the seat of an adult bike so the child can pedal along or rest without having to worry about balance), child trailers, children’s bike, recumbent (don’t try any bridges on this one), touring/commuter and surrey (resembles something like a pedicab). 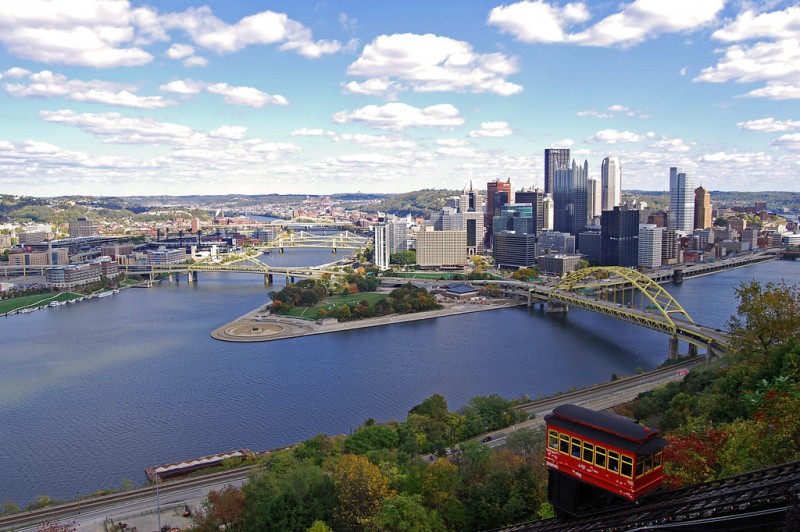 #3: Best Place to Take a Break

After pedaling up and down the streets, through abandoned rail tracks and back alleys, rest your tired legs with a ride in the Duquesne Incline. Instead of hoisting your heavy bike up the stairs to the ticket office and paying extra for them, make use of the locks provided by the bike rental outfit and leave them at a nearby parking lot.

Built in 1877, the Duquesne Incline is a tomato-red cable car which inches 800 feet up Mount Washington at a thirty degree angle and dispatches its passengers onto Grandview Avenue. Apart from the exhilarating ride, the view from the top is a photographer’s delight. The station is filled with historical news, photo archives, postcards and a gear room for those who want to get a closer look at the machinery. The adjoining observation deck overlooks the Point, where the three rivers – Allegheny, Ohio and Monongahela – converge to create a beautiful picture of Steel City.

Known to be the most comprehensive single-artist museum in the world, I would pick the Warhol museum if I had time for just one stop, but then I am partial towards the visual arts. To the Mad Men (and women) of this world, Andy Warhol is an icon whose simplicity and ingenuity transcended time and medium. He pioneered the 1960’s Pop Art movement which had artists doing away with all conventional differences between fine art and popular culture. Andy Warhol’s Campbell’s Soup Can design is legendary, as are the Brillo Boxes which apparently evoked the question, “Is this an art gallery or a supermarket warehouse?” from a visitor in 1964.

There are plenty of options along the trail, but if you want to stick to the theme of the day, check out the OTB Bicycle Café. You will find it on East Carson Street, just a block away from the South Side Works trailhead, along the Great Allegheny Passage (GAP) rail-trail.

The GAP offers 141 miles of biking between Cumberland, MD, and Homestead, PA, near Pittsburgh. In Cumberland, it meets the C&O Canal Towpath, forming a continuous trail, 325 miles long, to Washington, DC. The last mile from Homestead to Pittsburgh was under construction when this article was written, so please check trail status for updates.

At the café, a safe choice is their famous Pedal Paddle Panini (a tomato, basil, roasted red pepper and buffalo mozzarella sandwich). But if you are feeling adventurous, go for the Fixie, which is a burger smothered with peanut butter, relish and blackberry preserves. While on the subject of food, if you happen to be at any of the city’s deli counter, ask for chipped ham instead of saying very thinly sliced and you may just pass off as a local.