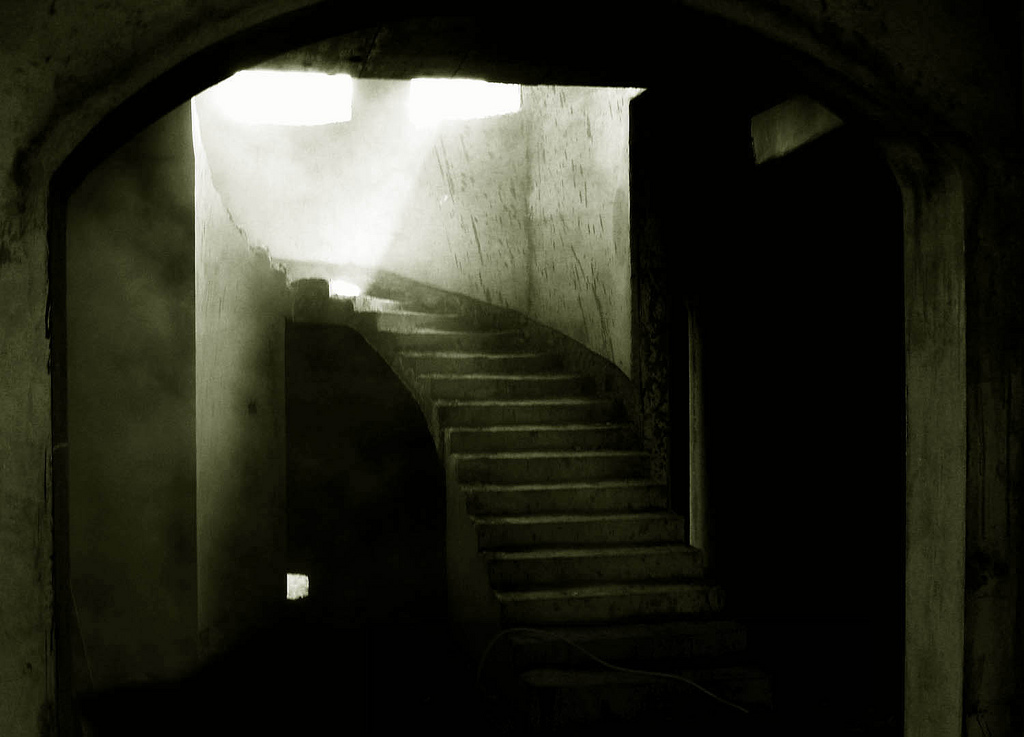 Taking the Plunge: How to Conquer Your Fears Through Travel

It seems like an unlikely venue to have a panic attack: the calm azure blue sea gently lapping against the stern of the small glass-bottomed boat, surrounded by happy and excited tourists, pulling on their flippers and splashing into the water, while the glorious sun beats down, making everything around sparkle like paradise.

But if I close my eyes now, I can feel the sensation I felt in that boat as I looked down at the swirling blue water. The panic starts, in my stomach first and then spiraling outwards to my fingers and my toes, and finally to my eyes, where it prickles and stings.

I can feel the water without getting in. I can sense it all around me, pulling me down. I can feel a rising sense of vertigo as my feet search desperately for something to stand on, but find only cold darkness beneath. I can already feel the sting of the water in my mouth, my nose, my eyes and my lungs, and I can see the boat leaving me, stranded and alone.

This is me, on a boat off the coast of Gili Trawangan in Indonesia, having traveled thousands of miles to experience new things, face to face with my deepest fear: the sea.

Choosing a Path With More Resistance

I had always felt that I lived my life in fear. With the exception of my terror at the thought of drowning, I didn’t suffer from any paralyzing phobias, but I was the owner of a million small neuroses that prevented me from doing so many things: fear of snakes, bacteria, traffic, spiders, bugs, parasites, heights … I could go on.

But worse than this, I was afraid of taking any risks with my life. Like so many people, I had chosen the easy route rather than face the unknown; from university to my career, I chose the path of least resistance. In the end, I felt that it was destroying me from the inside out — I could picture a life mapped out ahead of me that offered no surprises.

Then, on a particularly grey and miserable Monday morning – just another in a long succession of grey and miserable Mondays – everything changed. I opened my inbox to discover the arrival of an email intriguingly titled “adventure in Borneo?” With my curiosity suitably piqued and a strong craving for vitamin D, I read the message with an uncharacteristically open mind.

The invitation was to help a friend build an eco-lodge in jungle of Borneo. Sadly, the project itself didn’t quite pan out, but the strong desire I felt to do something as reckless as go and live in the jungle for three months was an epiphany. I needed out. Out of the corporate world, out of my consumer products addiction; and most of all, out of the comfortable bubble of my life.

And so it was that in the space of two weeks, I quit my job, gave up my flat, sold all my worldly belongings, and began to beg, borrow and steal enough money to run away to Asia.

It has now been over five months since I gave up everything I had ever known, waved goodbye to my friends, family, and hair straighteners, and boarded a plane to experience something completely different.

When I first stepped off the plane and into the excruciating heat of Kuala Lumpur, I was bursting at the seams with confidence and gagging to try new and exciting things. I had thought that overcoming the fear of the unknown, finding the strength to do something so completely different from anything else I had ever done, would give me freedom from all my other neurotic little phobias.

Each step of my journey I have found something new and terrifying — from the venomous viper snakes sleeping outside my tent in the jungle of Borneo, to climbing to the top of an angry, smoking volcano and peering into the crater on Java. From stepping onto my first motorbike, and feeling the power course through my body as I navigated dirt tracks in Northern Laos, to witnessing the exotic long neck women in Thailand’s hill tribes.

I thought that I could make a great leap to conquer all my fears in one go; instead, traveling has made me realize that you have to face each small battle one at a time, taking tiny steps until you are at the precipice of your fear and have no choice but to jump over the edge. 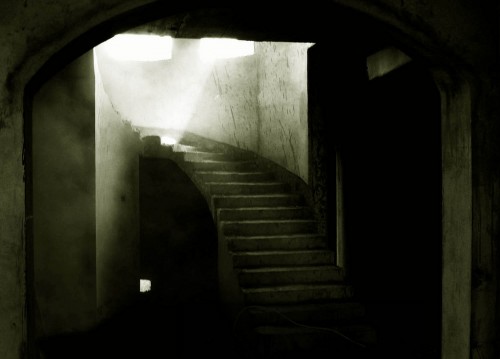 Staircase to Where, Dubai © Untitled blue

Finding the strength to do the things that terrify you isn’t easy — it’s a constant battle between the voice of reason and the demons that make your stomach do somersaults. But somehow, being so far from home, both mentally as well as physically, makes it more possible. Having already done something as unreasonable as giving up all I have ever known and owned, the voice of reason suddenly came into it’s own with a very good argument:

“Why come all this way just to watch?”

If you let it, traveling can give you the push you need to do the things you never thought you could. When you’re in the comfort zone of home, the prospect of doing something scary isn’t very tempting; you can find excuses with ease; you can tell yourself you have better things to do; you can procrastinate until opportunities wither and fade. But for me, being on the other side of the world and surrounded by the unfamiliar, taking the plunge is almost mandatory, because if I don’t, how can I justify all I have given up to be in that place, in that moment?

For some people that moment can be staring into the sky before jumping out of a plane, others feel shivers of horror down their spine when faced with eating something strange and exotic; for me, the moment was looking into the cool blue sea and quite literally diving in head first.

Facing my fears gave me a wonderful gift. The gift of seeing fish that looked like rainbows, shimmering in an array of iridescent colors. The feeling of wonder as striped yellow and black fish swimming like tigers against the coral reef swarmed around me and giant sea turtles swam beneath my amazed eyes.

When I put my head under the water I was given a whole new world — a world where fish can look like tigers and rainbows can swim.

The more fears I have faced, the more my life has felt like a series of gifts handed to me. I have seen and done more than I imagined was possible — but the best gift of all is that for the first time, every part of me feels alive.