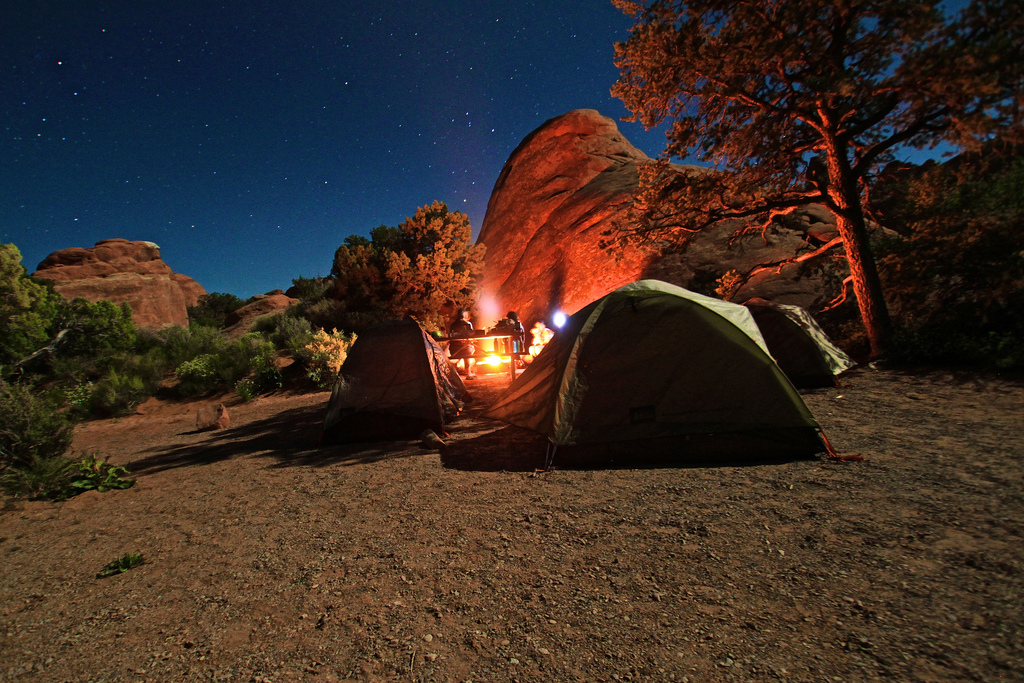 Rough It Like a Pro: 6 Tools No Camper Should Be Without

Imagine: You come home one evening, dreaming of that beautiful French wine sitting there, calling your name. In a seductive French accent — venir a moi! Come to meee! It’s a Friday night, at the end of a long week, and all you want is to get to the bottom of that bottle. But quelle horreur! You can’t find the damn corkscrew!

Now imagine you’re out in the middle of a forest, with no kitchen drawer to rummage through, no toolbox to dive into for a screwdriver vaguely hoping that it’ll work, about to sleep in a bag on the cold ground all night, without that lovely wine to keep you warm. C’est terrible!

This post is to make sure that disasters like this don’t ever happen to you when you’re camping.

You have your tent, sleeping bags, camping food supplies and the can opener. There are plenty of lists floating around the internet and you should go through them to make sure you aren’t forgetting anything. But take it from one who has camped for three months straight, you WILL need these guys! Say hello to my leetle friends! 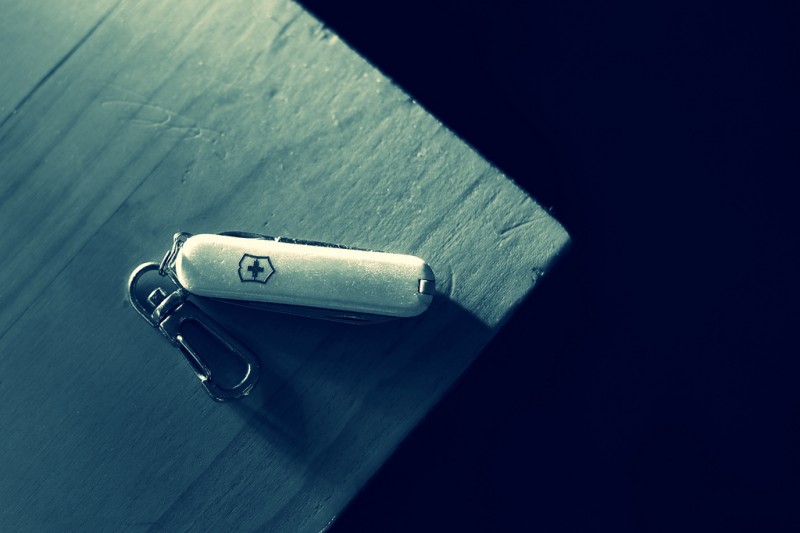 It’s terribly cliché, and I’ve had one of ’em for years, but never used it as much as I did when we were camping. A multi-function pen knife will pare broken nails, open wine bottles, pry open jammed doors, scrape dry mud from shoes after they’ve hardened all night in the cold, open wine bottles, unclog stove burners, tighten tiny screws on sunglasses, and a whole lot more. I keep one in my handbag even now, when we’re living in civilization.

Alright, I admit: some nights it’s just too cold to take a shower. You may have hiked all day, perspiring in the most un-ladylike manner, and as night falls, it seems impossible to go through the whole process of taking off the thousand layers and stepping under a tepid campsite shower. But it’s not good for you, your sleeping bag or your tent partner to go to sleep smelling like ripe blue cheese.

Wet wipes will save you many times over on days like that. They’ll also help clean up spills inside the car, wipe sticky fingers while you cook, or just freshen up when you need to.

When we arrived in San Francisco to meet friends after camping for a week, I noticed the distinctive odor of bonfire emanating from my hair. Deployed the wet wipes and I was smelling like a baby’s bottom — in a good way — in no time.

This one seems like a no-brainer, and you might think that if you’re camping at proper campsites, they’ll have some kind of light. But a torch in the tent will come in handy when the lights suddenly go out for a while, or when there’s mist, or to scare away big scary things that make sounds outside your tent at night. There will always inevitable be a bathroom in which the fuse has blown on just the night that you’re there.

Once I was making hot dogs for dinner, and a couple of rough-looking raccoons were hopping around our table in circles, waiting to get in on the action. Shining a torch right into their sneaky eyes was the only defense I had, and I swung that torch like my life depended on it. (It probably did!)

You may have a lighter, the stove-lighter thingy, and all the other fancy stuff that will help you light a fire. But there are days when it’s the old-fashioned stuff that does the job.

When our stuff got wet in the rain one night, it was the matchbox buried in the glove compartment that got a bonfire started. Make sure you keep it accessible, but in a spot where it’s not likely to get wet.

Okay, so you could carry lighter fluid. Dangerous. You could heave a bag of charcoal around. Messy. You could do it Robinson Crusoe style, with twigs and sparks from stones. Takes too long.

But if you really want to get a fire going in no time (and you will), get the fire starting sticks from a BBQ shop or in the Outdoors section of the supermarket. We spent ages trying to get a fire burning every day, while our fingers went numb in the cold, taking stupid pride in being able to do it from scratch. Until we met a camper couple who took pity on us and gave us a few sticks and showed us how to use them. After that, we dropped all our caveman ego issues, stocked up on them, and lived happily ever after, with campfires that took mere minutes to start burning.

Even the best tents — with their thermal-lined, water-proof, anti-condensation, Scandinavian army technology that uses fairy dust and unicorn magic wonderfulness — cannot beat the simple benefits that a big-ass tarp can offer.

We had one that was the size of a swimming pool, and yes, it took up space in the car. But we’d fold it over a few times so it was the right size for under our tent, and it kept the tent warm when cold was rising from the ground like the dead guys in Thriller. It also works to keep out the rain and wind over your cooking area on stormy nights. And we met people who swore by putting it over their sleeping bags at night to add an extra layer of insulation.

And that should have you covered for most emergencies while you camp. Don’t forget to look online for the best lists and make sure you tick everything off as you pack.