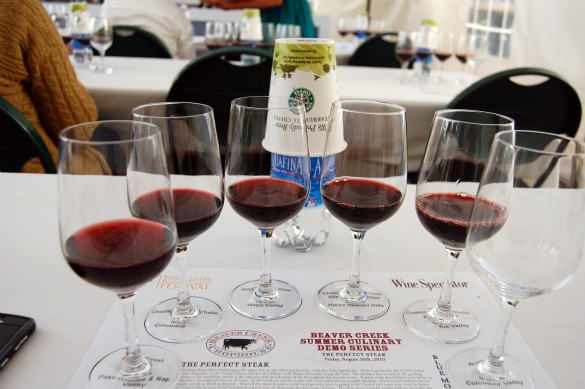 9 Best Summer Festivals in the U.S.

The warmer months mean it’s festival season in the US, and from those events celebrating summer staples like barbecue, beer, art, or music, to festivals that focus on more unusual subjects (like the Gilroy Garlic Festival or the Pirate Festival, both held in California) it seems like there’s a festival just about every weekend in every corner of the country.

And that means no matter what your interests, there’s bound to be a festival for you. Here are just a few of the best summer festivals around the US.

There is no shortage of wine festivals around the US, but the Beaver Creek Wine and Spirits festival in Colorado, presented each August by Wine Spectator magazine, may be one of the most fun.

In addition to educational seminars, tastings, and cooking classes, there’s a “walk and wine” hike through the mountains, a Thursday night rodeo, and plenty of outdoor activities, like hiking, biking, rafting, and horseback riding. Founded in 1977, the Spoleto Festival is held every year in Charleston, South Carolina, from the end of May to early June. The festival is known as the year’s best showcase for the performing arts.

Each day the town’s theatres and performance halls, parks and gardens, and even historic churches host performances of opera, jazz, theatre, dance, and orchestral concerts. If you love craft beer, Denver’s Great American Beer Festival is not to be missed. Held annually in September (or sometimes October, as it is this year), the GABF brings together more than 500 brewers serving more than 2,200 varieties of beer over three days. Part public tasting, part serious beer competition, it’s the largest event of its kind in the world.

Best for a Stiff Drink If there’s one city that knows how to party, it’s New Orleans. Every year in July, the Big Easy lets the good times roll (and the booze flow freely) at the Tales of the Cocktail festival. Recognized as the best cocktail event in the country, it features cocktail demonstrations, mixology competitions, seminars, and of course, plenty of tasting opportunities. New Orleans also gave rise to a particular type of jazz, called Dixieland, and the city hosts not one, but two great jazz festivals over the summer. There’s the New Orleans Jazz and Heritage Festival, held in late April/early May and the Satchmo Summer Fest, held in early August.

The former celebrates New Orleans’ contributions to the legacy of jazz, while the latter specifically celebrates Louis ‘Satchmo’ Armstrong, who was born in New Orleans and had a huge influence on the city’s signature sound. There are a few stereotypes you can make about the Southern US (some more flattering than others), but one that rings true is the region’s love of two great American creations — barbecue and Bourbon. In Cary, North Carolina, each August brings the celebration of these two Southern delights, along with beer and Bluegrass music, at the Beer, Bourbon and Barbecue Festival.

Forty bourbons and 60 beers are available for pairing with all barbecued pig parts you handle; there are also grilling seminars, live bands, and “beer belly” and “bbq babe” contests. Additional festivals are held in TN, MD, VA, GA, and NY throughout the summer. With countless music events held around the country each summer, choosing just one as the best is nearly impossible, and given how many fabulous festivals there are, it’s not hard to find a great one near you. But it doesn’t get better than Lollapalooza, the three-day mega-festival held in Chicago’s Grant Park each August.

What began as a farewell tour for Jane’s Addiction is now one of the largest shows of the summer, with more than 120 bands performing on eight stages. In 2012, performers include the Red Hot Chili Peppers, The Black Keys, Sigur Ros, Florence + the Machine, and Of Monsters and Men.

Best for Trying Something “Radical” 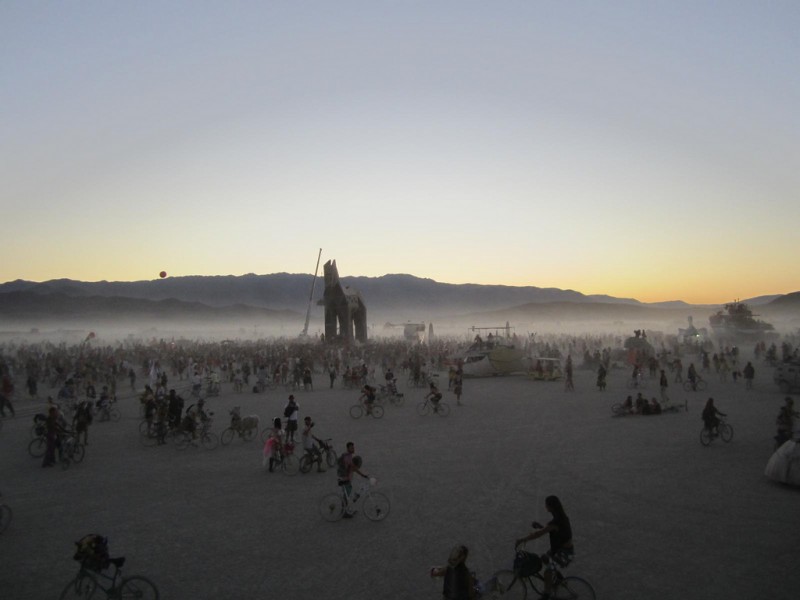 The annual Burning Man Festival held in Black Rock, Nevada, is 180 degrees from your typical festival. Each August, out of the empty desert springs a temporary, self-sufficient city; attendees bring in everything needed for the week and take it all with them, leaving no trace once they’ve gone.

Centered around the ideas of “radical inclusion,” “radical self-expression,” civic responsibility, and participation, the event is performance art meets experimental community. There are no “official” events per se, except those put on by attendees, and no commerce, with the “economy” based purely on gifting. The largest and oldest rodeo in the US, Cheyenne Frontier Days, held each July in Wyoming, could bring out the cowboy in just about anyone. Each day of the nine-day festival brings family-friendly events like parades, carnival rides, art shows and heritage exhibits, pancake breakfasts, behind-the-scenes tours, cooking demos, and of course, rodeo events like bull-riding, roping, bronco-bucking, and barrel racing.

Evenings offer musical performances from acts like Reba McEntire and the Zac Brown Band, plus a nightly dance hall at the Buckin’A Saloon. It doesn’t get much more country than that.