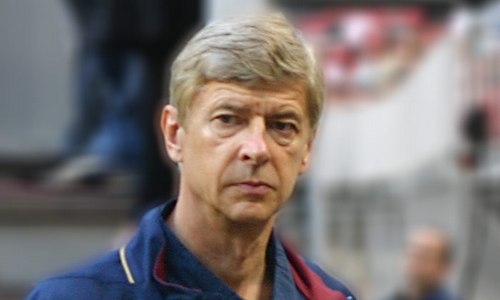 Arsenal’s Champion Soccer Coach: Everything I Know I Learned By Living in a Bar

From those of you unfamiliar with the Beautiful Game – and shame on you for that – Arsenal is a very good soccer team from the UK headed by their very good soccer coach, Arsene Wenger. Without getting into too many details about the club’s storied history, they go back to the late 19th century, they’re worth more than Â£600 million, and they have a crest. Since we don’t have a crest and no one we know has a crest, we hereby deem that not unimpressive.

Wenger is naturally looked to as something of a role model, and he in turn credits his success to spending copious amounts of childhood time in a pub. Rarely do we run across someone with whom we agree so precisely:

Wenger credits living in a pub for helping to shape his outlook on life and knowledge of football … Wenger’s parents owned a bistro … where he would spend hours in the company of the football-loving customers … “There is no better psychological education than growing up in a pub because when you are five or six years old you meet all different people and hear how cruel they can be to each other,” he told delegates. “You hear the way they talk to each other like saying ‘You’re a liar.’ … I even learned about tactics and selection from the people talking about football in the pub.”

To “learn how cruel people can be” we would add bar-centric life lessons like “sometimes you think you’re invincible but you’re not,” “no, drinking does not ‘steady your hands’ and make you more coordinated,” and “why does that girl keep coming here if she knows she’s just going to get drunk and cry?” We’re not sure why that the last one counts as a life lesson but if you’ve got any answers feel free to drop them in the comments. We’re genuinely curious.