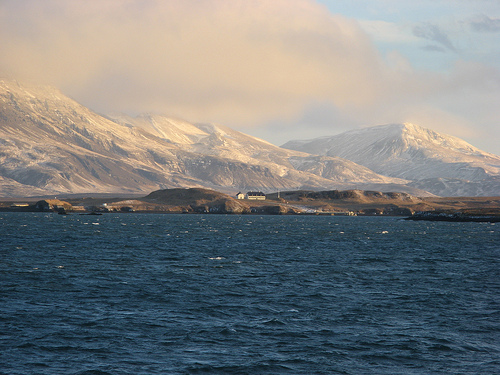 If you’re in the mood for a chilly destination, Chinese businessman Huang Nubo might have your answer. He’s made a bid for 200 square miles of land in Iceland’s Arctic wilderness in order to supposedly build a resort. However, some are skeptical that a golf course near the North Pole is the real draw.

The melting Arctic ice cap means lucrative oil and gas deposits under the seabed could soon become accessible, and shorter shipping routes between Asia and Europe will open up…The purchase could give China a foothold in the region — enabling it to establish contacts and gather information — before the Arctic treasure chest opens up.

There’s no direct evidence of involvement of the Chinese government. Still, I wouldn’t book that ticket for a relaxing vacation north of Reykjavik just yet.