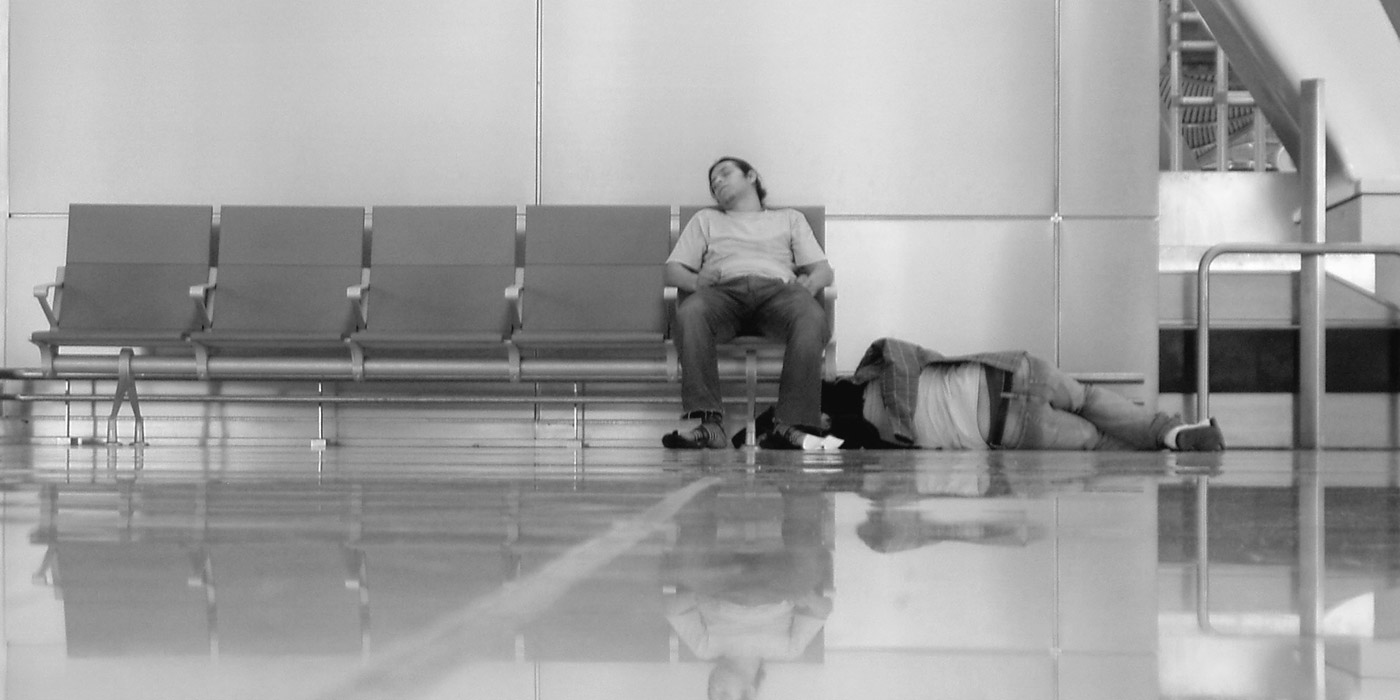 I’m Bored! How to Amuse Yourself on a Long Train, Plane or Bus Trip

I actually look forward to being “trapped” in some kind of transport for a long stint. Unless it’s truly awful, I love the chance to enjoy uninterrupted time on a train, plane or bus to do whatever I want. Whatever I want, of course, provided it involves me sitting down in a moving vehicle of some kind doing not terribly much.

Not everybody agrees though. So for those of you who dread the thought of spending hours in a train or plane, this list of different ways to entertain yourself on a long trip might help.

Get to Know Somebody New

Yes, it’s true, getting to a fellow passenger is a risky business. If you discover you don’t really want to talk to them, it’s hard to get away — “Do you want to swap seats with me so I don’t have to sit next to this guy who won’t stop talking?” is unlikely to work. But more often than not you’ll have an interesting conversation, and sometimes you might even strike up a friendship.

I remember spotting what looked like a Japanese guy traveling on his own directly across the aisle from me on a train to El Jem in Tunisia. There were hardly any tourists to start with and to see someone who appeared to be Japanese was even more unusual — but intriguing for me since I’d just left Japan after living there for a couple of years. Turned out I was right, and this Japanese guy and I are still in touch via email quite a few years later. 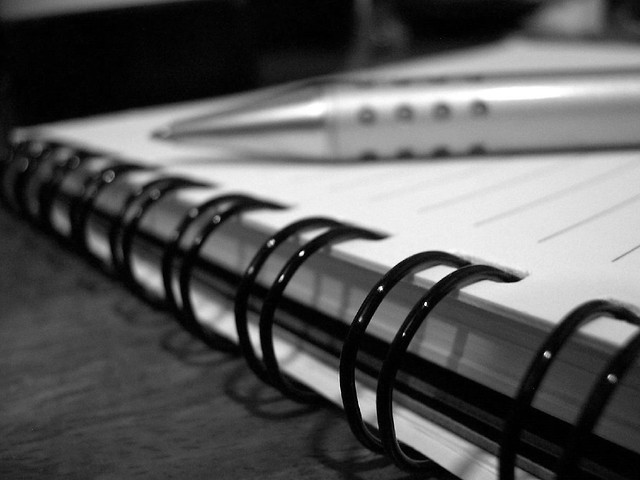 Plenty of people will pack a book for a trip like this (or an ebook reader, these days), but how many of you pack a notepad and pencil? Not enough, I say. “Trapped time” on a journey is a great opportunity to not only read but write — something I’d argue we do too little of these days. I really believe you think differently if you’re writing the “old fashioned way” rather than typing away at your laptop or tablet.

Write a letter to a friend or relative; write down a list of places you’d like to travel to in the future; write down the conversations you can hear around you. When traveling, I like to buy a beautiful notebook to carry with me for the trip. It might be a place to jot down timetable notes or currency conversions or whatever, but is also a spot for unwinding with some good old-fashioned writing.

I often find that when I’m traveling I get really inspired about something new I want to do in life – whether that’s a new idea for work, a hobby I want to start, or another place I’d like to visit. Grab your aforementioned notebook and start writing down some goals or fleshing out some ideas. The inspiration from traveling and seeing new things — added to being “trapped” on a bus or plane for a few hours — is the perfect combination to help make some amazing new plans for your future.

I practically always get this feeling while traveling. But if I don’t take the time to write something down then when I get home and am immediately hit again by the demands of work and domestic life, it’s easy to forget both the concrete ideas and the inspired feeling. 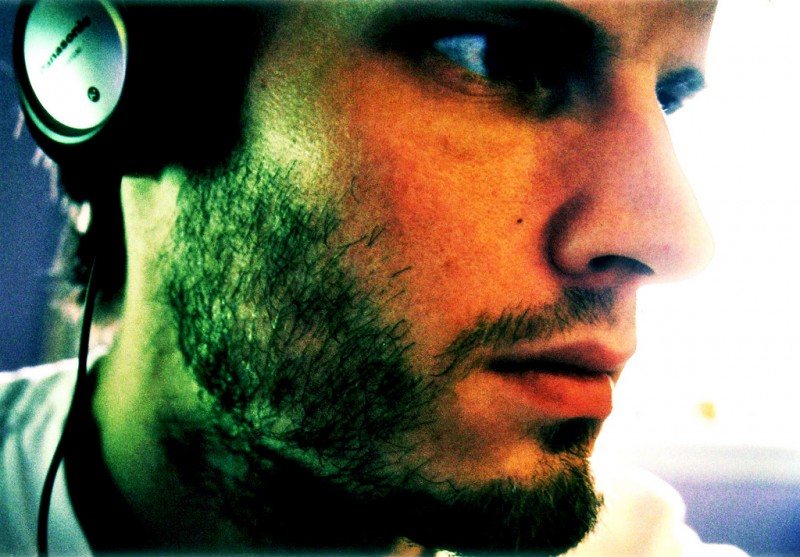 I love modern technology and how it enables us to do so much more while we’re sitting still these days, and I recommend you use it to its full potential. But don’t stay hooked to your technology for the whole trip.

These days we can carry a bunch of movies or TV shows on a tiny phone and watch for hours on end. This is a great way to kill time while traveling but if you let it take over your entire trip you might come out the other end somewhat “fuzzy brained” and not ready to tackle your next destination. It also means you’re missing out on some of the other great things on this list.

It’s rarely practical to get up and talk to each person around you, or you may have a language barrier that prevents it too, but don’t let that stop you inventing stories to match each of the passengers around you. I love to people watch and when you’re stuck in a bus or train and can observe them for some hours at a time, it’s amazing what you can learn about them without exchanging a single word.

If you’re lucky enough to be traveling with mostly local people in a different country then you’ll have a great chance to observe a snippet of real life for the locals. 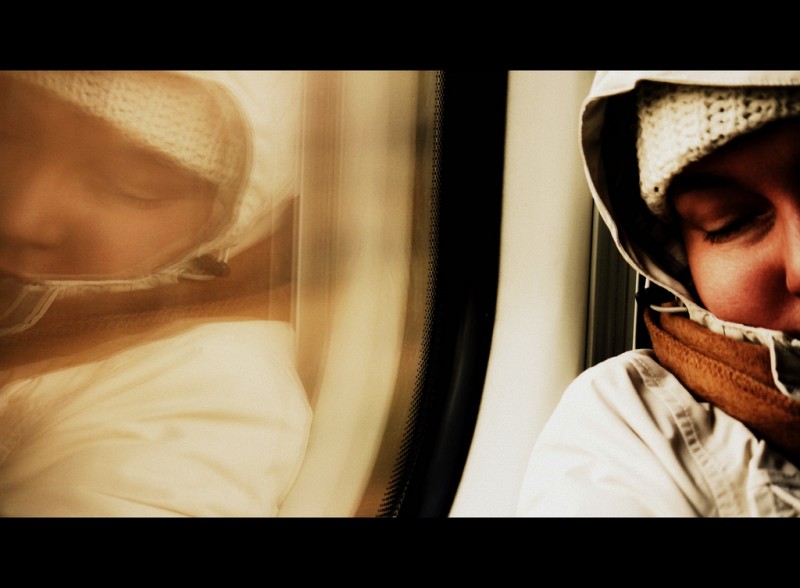 I’m a highly motivated person who wants to “achieve” stuff all the time, but on long plane and bus trips I give myself permission to just do nothing sometimes. It’s actually not that easy (well, at least not for me), but it’s a great chance to practice.

Stare out the window without looking too hard at what’s passing by; close your eyes without trying to fall asleep; try to sink into a bit of a zen mood and do some meditation and just relax, properly. If you live a typical modern life like I do then you probably don’t get enough time to relax and just be in the moment, so grab this opportunity and make the most of it!