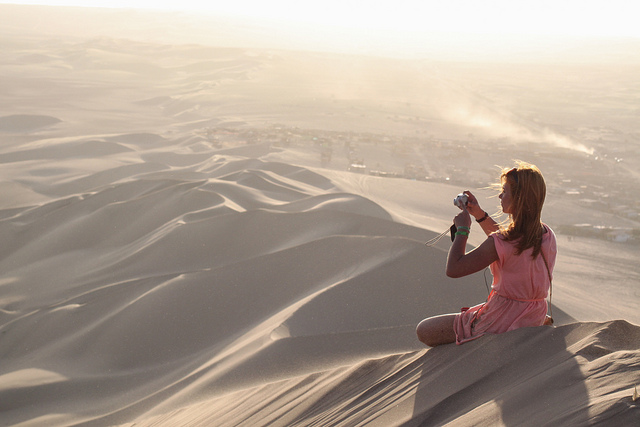 There’s no shame in looking like a tourist and, in all honesty, sometimes it can work to your benefit in ways that are underappreciated. Besides, isn’t that what we all fundamentally are?

For some reason, there’s a lot of shame about looking like a tourist but the truth is—and this is inescapable even in New York—is that most locals can spot a non-local in a heartbeat. Even if you do everything possible to do blend in, whether that’s speaking the local language or taking care to dress not like a slouch, anyone who doesn’t walk a mile a minute in Times Square is automatically suspect. The differences only get further amplified the farther you get away from home.

Sometimes the differences are so imperceptibly small you probably don’t even realize it. When I first lived in Beijing, I couldn’t pick apart overseas-raised Chinese from their homegrown counterparts. After a couple of months, though, the differences became clear as day. I didn’t need a map or a fanny pack to distinguish between tourists and locals; in fact, subtle signs like how they dressed and carried themselves were often the dead giveaway.

But there have been times when looking like a tourist has helped me in ways I’ve failed to appreciate fully. It wasn’t until I first traveled in Asia—where my family origins hail from—that I appreciated the beauty of looking slightly out of place. My travel experiences there were sometimes harder to navigate because most locals often assumed I could function without little difficulty. In reality, I struggled to understand what was going on, especially if I was traveling alone.

It’s really not that bad looking like a tourist, because …

People will forgive you more easily for a mistake

So what if your German isn’t perfect? People are much more forgiving of your mistakes if you’re not from the area and make some kind of weird social faux pas. It’s not like you live there. On the flip side, can you imagine getting mistaken as a local—what usually happens to me in an Asian country—inadvertently messing up and getting deemed as rude as a result, even though you really have no idea what’s going on?

Check out the rest of this post at MapHappy.org!