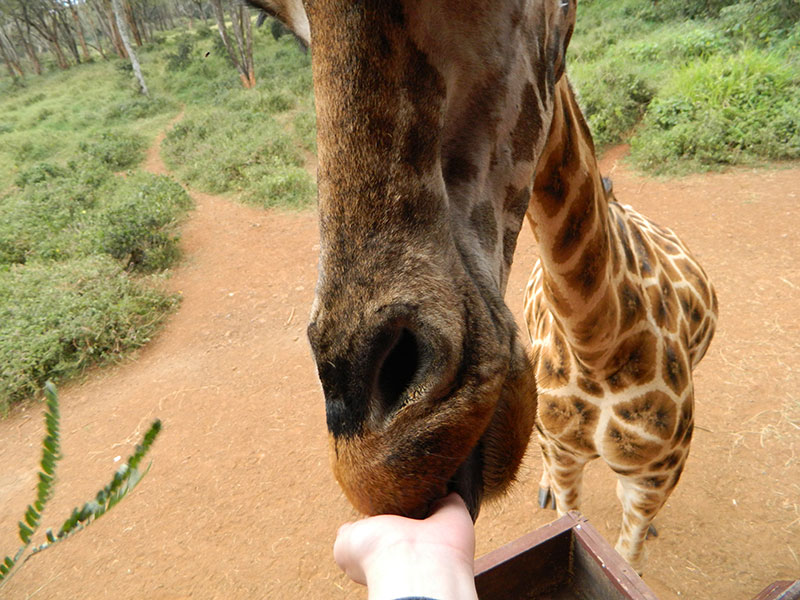 Travel Kenya: 9 Things to Do in Nairobi

For a city affectionately nicknamed “Nairobbery,” it’s no wonder many travelers skip Nairobi for fear of losing their shillings. However, there are ways to enjoy Nairobi safely while still learning a lot and having a good time, as I found in my last few weeks in the area.

As a starting or ending point of a safari or as a destination all its own, the city offers several experiences that are unique to Kenya and it’s interesting history. 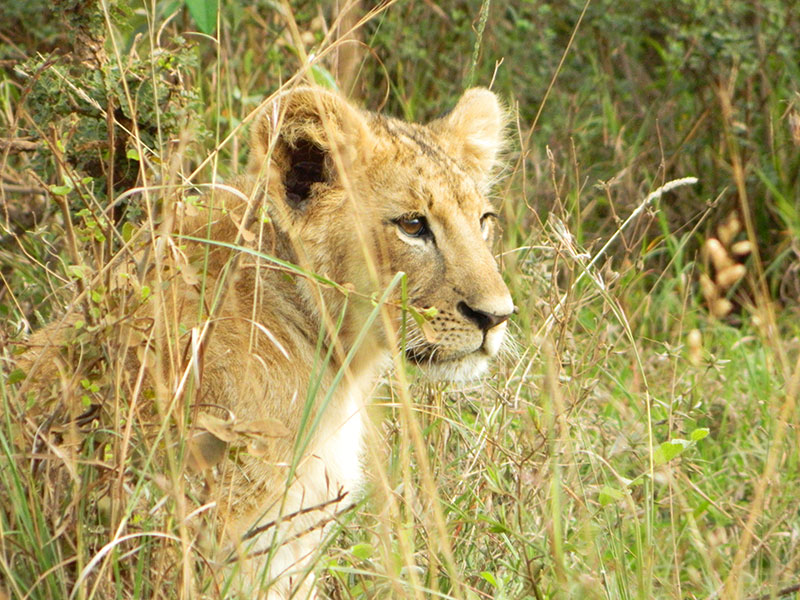 While it may be home to far less animals than places like the Maasai Mara National Reserve, Nairobi National Park offers a chance at getting even closer to some of the ”˜Big 5’.

While I visited the park after my safari through Maasai Mara and other more well known game areas, I managed to get within a few feet of a lioness and her cubs at Nairobi National Park, something I hadn’t even seen from a distance in my safari truck.

While the backdrop of the park may be city buildings as opposed to rolling plains, the dichotomy between natural and man-made makes for interesting photos and a one-of-a-kind experience.

Seeing African animals from within a safari truck is one thing, but actually touching those animals is a completely different experience. When it comes to giraffes, the Giraffe Centre is the place to experience just that.

Located in an upscale area of the city, the Centre is non-profit and a great way to get up close and personal with the tallest land animals. If you grab a handful of pellets from the buckets around the Centre and hold them between your lips, you may just be greeted by a towering giraffe and it’s rough, dark tongue. The make-out session you’ve always hoped for!

Driving through the city, you’ll begin to notice the name Karen everywhere. On building after building and road after road, Karen Blixen’s name can be spotted again and again. Even the upscale area of the city is called Karen!

Visiting the Karen Blixen Museum, it’s easy to understand why the woman is so popular. A Danish writer immortalized by the movie Out of Africa, Blixen was known for treating her hundreds of African servants well in a time when treating Africans with even an ounce of respect was looked down upon.

Arriving at the museum, a guide will take you throughout the small house where she spent many of her years. Much of the movie Out of Africa was filmed there, and some of the props still stand in the house alongside original artifacts. It’s an interesting look into the colonial history of Kenya and into the life of a woman so revered in the country.

Depending on your time frame and bravery, walking around the city is definitely an option. After being told that I should avoid walking at dusk by a hotel employee, I decided to hire a driver to take me around the city. Seeing is one of the best ways to learn, and in that short drive I learned quite a bit about the area.

The difference between the private and public hospital (one new and clean, one not so much) was a perspective into the medical care in the area. Driving past the grounds of the State House and it’s several strict no-photography signs and fences was a look into the Kenyan government.

Seeing the skyscrapers alongside basic shacks was a glimpse into life in Nairobi. Just make sure to roll your window down, as many of the cars in Nairobi have window tint so thick it’s hard to tell the difference between night and day.

One of the area’s biggest slums is called Kibera, and many companies offer tours throughout it. Solo travel in the area is not advised, and it’s easy to understand why. Poverty is a sight that driving through Kenya will be sure to bring, and touring a huge slum like Kibera is a great way to get some perspective into what living is like for many in parts of Africa and beyond.

Groups of laughing children are a guaranteed sight throughout the country, and even the most poverty-stricken areas are no exception. It’s amazing to see perseverance firsthand, and it may make you even more thankful for what you have at home.

#6: Cocktails at a Historic Hotel

Whether or not you can afford to stay at a fancy hotel like The Norfolk in Nairobi, it is a great place to sip cocktails while overlooking the manicured grounds and historic artifacts telling of the area’s British history.

Try the sugary and local Dawa cocktail for a taste of the way Kenyans do alcohol, and sample the free, delicious snacks placed in front of you while you take in the scenery.

Enjoying publicity from stars like Sex and the City’s Kristen Davis, the David Sheldrick Wildlife Trust is a place that is used to Western visitors.

Between 11am and noon, you can head to the Trust (located within Nairobi National Park) and spot elephants and other orphaned animals at close range. On Sundays, many locals bring their children to see the animals at the Trust, so if you’d like a slightly more relaxed atmosphere, another day of the week might work better for you.

While traveling in Kenya, I noticed the popularity of beaded goods throughout the country. In a small village near Lake Nakuru, I watched as local women crafting beads of only magazine paper and varnish, making it easy to understand why beads are a popular choice of craft in some areas.

Around Nairobi, Kazuri Beads is a company that seems quite popular, as suggested by their various signs around the city. One option is to visit the shop where they make the Kazuri beaded goods, which employs disadvantaged women. There you can buy the goods or simply learn how the jewelry is made.

The Kenyan beer Tusker is omnipresent throughout the country. Flags, shirts, tables, even entire stores are covered in its elephant symbol, suggesting just how popular the brand is.

A light and easily drinkable beer, it’s a welcome respite from the dusty, congested roads of Nairobi. As I write this I’m drinking one, surrounded by colorful African flowers while overlooking a busy pool filled with laughing Kenyan families. Sure, the city is often frenetic, but the key is to find areas of the city that offer a small break once in the while. Hakuna Matata, indeed.