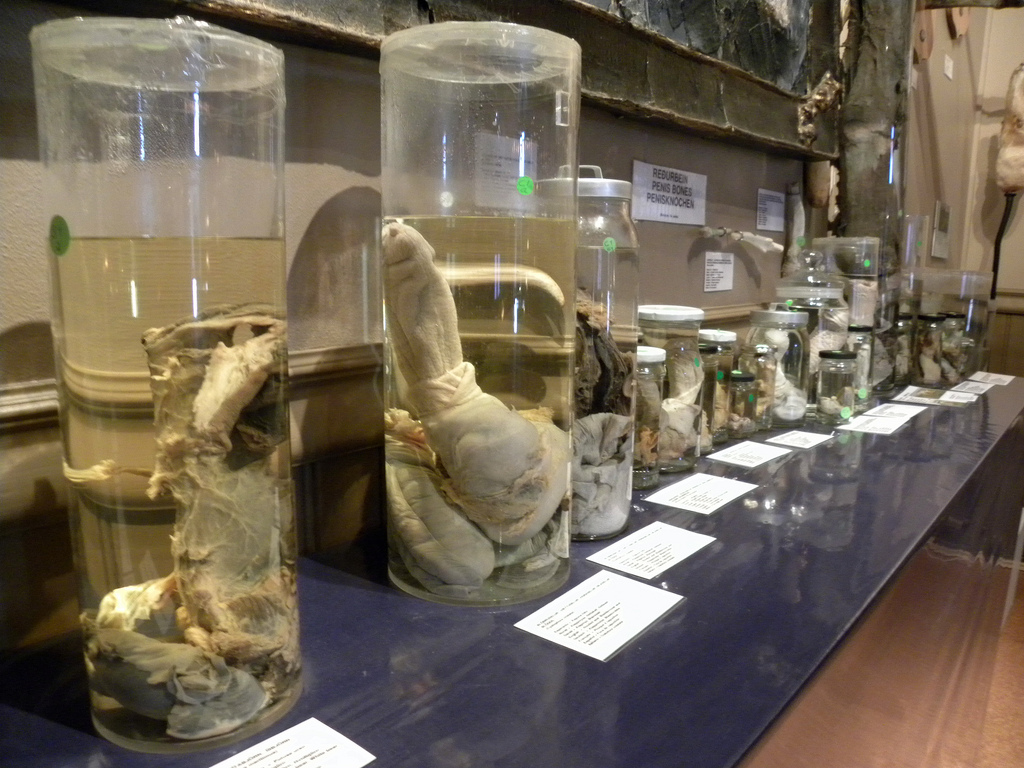 9 Strange and Quirky Museums Around the World

In just about any city around the world, travelers can find museums full of artifacts that showcase the history, art, culture, creative expression, or technological developments of the destination. From the Louvre in Paris to the Smithsonian Museums in Washington, DC, these institutions are recognized as representations of the best of the local culture.

But not every museum has such lofty aspirations. Some museums focus not on showing off the best of man’s innovations or the most classic masterworks from history; instead they may be a bit quirkier, offbeat, or even downright bizarre. From art made of human hair to the culinary wonder of the German currywurst, the strange is celebrated at these odd museums around the world. At one of the quirkiest museums in Berlin, the city’s unofficial favorite food, the currywurst, is elevated to an art form. The museum includes a replica of the kitchen where the dish – which is a bratwurst on a bun topped with a mix of ketchup and curry powder – was created, a comprehensive map of all the currywurst shops in the city, and of course a gift shop full of currywurst merchandise. Another Berlin museum, this one is dedicated to the famous American rock band, the Ramones. Created by a fan of the band, the museum traces their history and showcases memorabilia and photos from throughout their career. The museum also hosts live music shows.

Proudly proclaiming itself to be the only hair museum in the world, Leila’s Hair Museum in Independence, Missouri (a few miles east of Kansas City) displays everything from jewelry made of hair to hair wreaths and photos “painted” with pulverized hair mixed with dyes. Locks of hair from famous people throughout history, including Michael Jackson and Marilyn Monroe, are also exhibited. 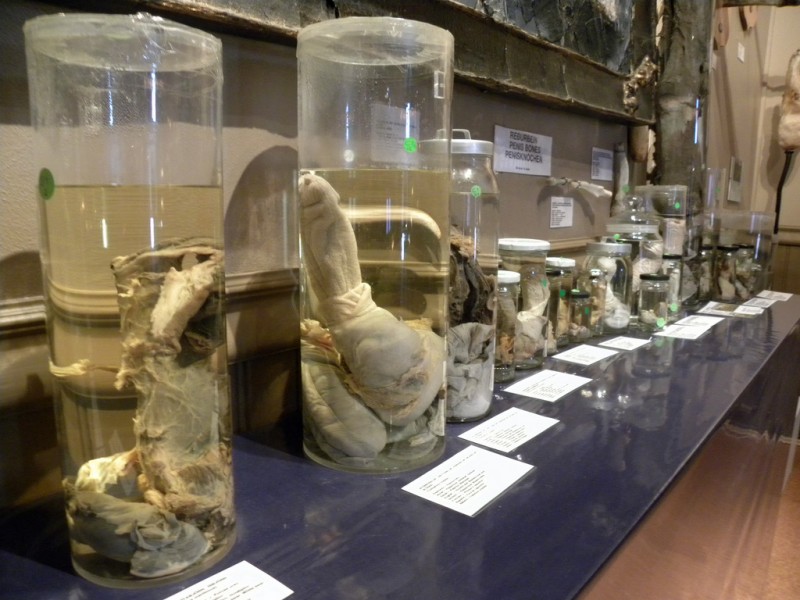 If you’ve ever wondered what the penis of a minke wheel or a polar bear looks like (really, you have?), you can find out at the Phallological Museum in Iceland. Formerly housed in the small northern town of Husavik, the museum recently moved to Reykjavik, where it displays more than 200 penis specimens mounted on the walls and encased in glass jars.

If all the preserved pieces of anatomy don’t creep you out, the museum will at least answer every question you’ve ever had about the anatomy of Iceland’s animals. And if you’re so inclined, you can sign up to make your own contribution to the collection after your death.

Sentimental types may enjoy Croatia’s Museum of Broken Relationships, a walk down the memory lane of breakups that is at times both heart-breaking at hilarious. Here the most mundane of objects are each displayed with reverence alongside the poignant stories of love lost. Many of the stories are quite moving; you just might not want to visit if you’re suffering from a recently broken heart. Why would anyone think SPAM, that retro pork-tastic canned ham, deserves its own museum? A better question, ask the SPAM-lovers, is “why not?” At the Austin, Minnesota, store and museum, SPAM fanatics can watch a short video on the history of SPAM, learn about the role the canned meat played in World War II, practice on a mock assembly line, and fill up on samples of the more than dozen varieties currently in production. At the Burlingame, California, Pez Museum, lovers of this vintage candy can browse one of the largest collections of Pez dispensers (including the world’s largest Pez dispenser). From the Muppets to Lords of the Rings characters to sports heroes to Presidents of the United States, they’ve got all your favorite characters on the candy’s signature tube. Some of the strangest museums focus on the most mundane of items which we often take for granted … like the lawnmower. The British Lawnmower Museum, which is also a shop, displays some of the first lawnmowers ever made, some of the most expensive mowing machines, and some of the fastest lawnmowers used throughout the years. While a visit sounds about as exciting as watching grass grow, those with a green thumb may be interested to learn about the evolution of their favorite garden machines.

Proving the theory that if it exists, there’s probably a museum for it somewhere, India’s Museum of Toilets displays toilets ranging from some of the earlier loos to the “thrones” used by royalty. Besides fulfilling a curiosity you probably didn’t know you had, the museum has a greater purpose — to raise awareness of the health issues caused by improper sanitation, particularly in India.