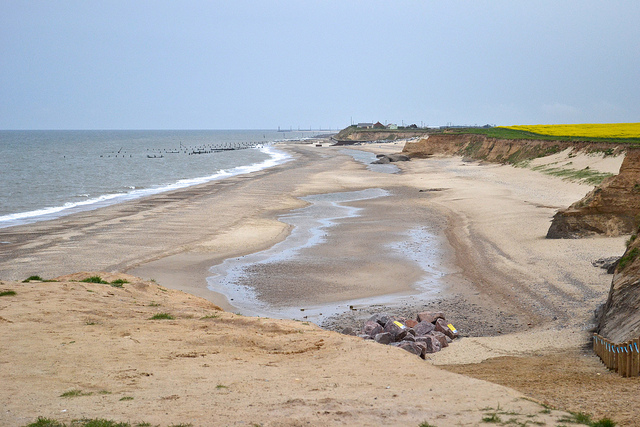 Seaside at Happisburgh © The Bees

The oldest known human footprints outside of Africa were found on the eastern coast of England. The discovery by a team from the British Museum, Queen Mary College, and the Natural History Museum is a highly significant archaeological find. The footprints in Happisburgh were preserved in silt and sand and could be as ancient as one million years old.

Curious visitors to Happisburgh will be disappointed, however. The footprints were washed away by the sea two weeks after they were discovered, though they were well documented. The site continues to be studied and archaeologists are hopeful that they will make more discoveries from that period at the site.

Check out more about this on the British Museum’s blog