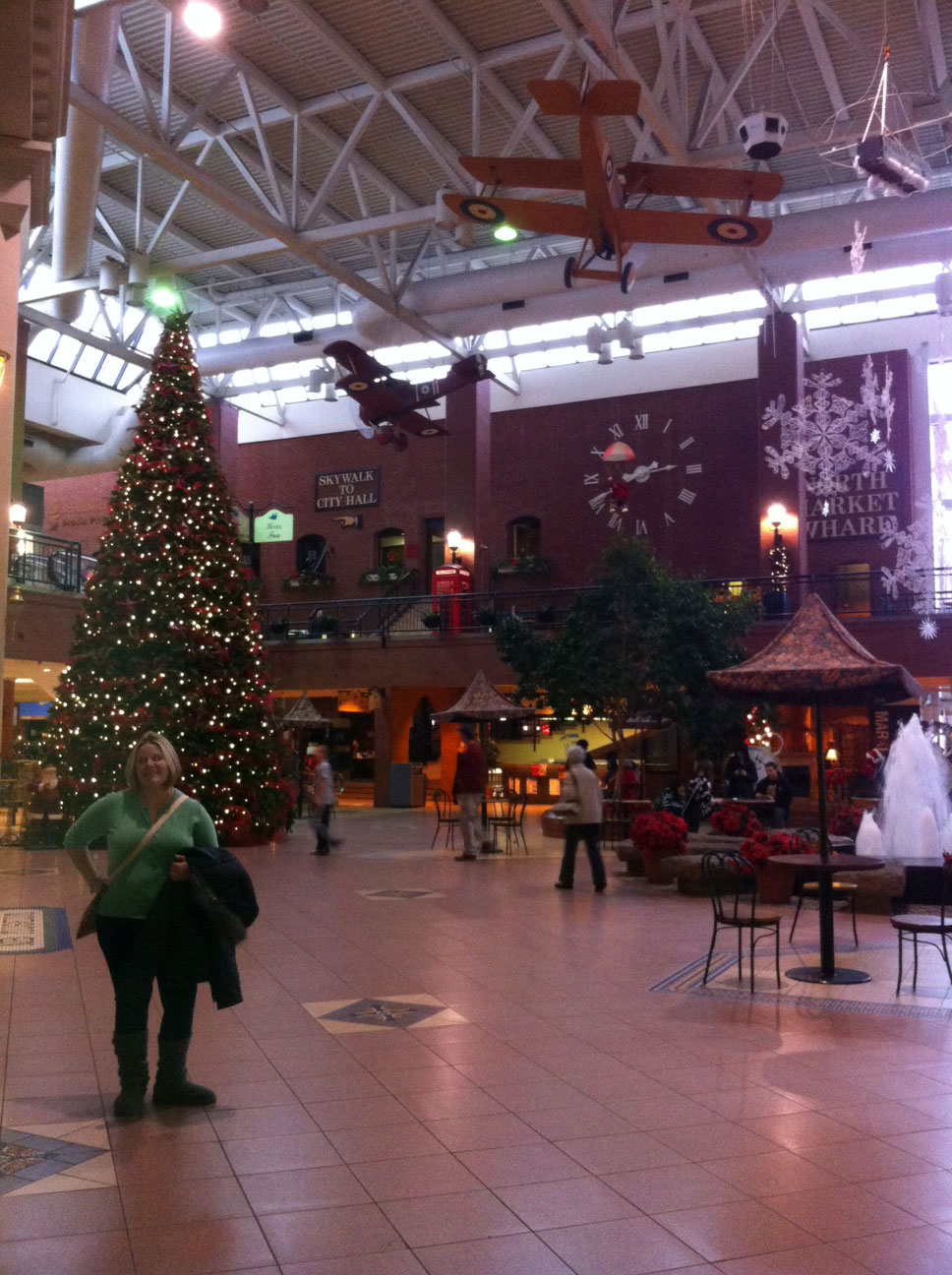 36 Hours in Saint John: How to Love Being Snowbound in New Brunswick

Snow. Bitter cold. Bleak landscapes. All things that spring to mind when imagining of winter in Canada.

For many, the Atlantic Provinces may not be tops on their list of winter getaway destinations. But, unsurprisingly, Canadians are a hearty bunch. While tourist crowds thin out for the season, locals keep plugging along, embracing the cold with a bevy of sports and outdoor activities – skiing, skating, and of course hockey.

On a recent trip through Atlantic Canada, we stopped in Saint John, New Brunswick only to find ourselves partially snowbound amid some of the worst back-to-back blizzards in recent memory. No matter though. Bars, restaurants, clubs remain largely open year-round and the festival season hardly ever ends up here.

As luck would have it, winter is still a great time for a trip up to these parts. Here, our best bets for thirty six hours in wintry Saint John, New Brunswick.

When the mercury drops, it’s almost essential to find your way indoors to tip a few back. With Canada’s long-standing love and history of all things beer, a local brewpub seems an obvious choice.

The no-nonsense atmosphere is a little like hanging out in that cool college friend’s basement. In a good way. And of course, there’s the beer – all brewed onsite. I highly recommend the IPA, described by BTB as “a beautiful copper-coloured English style IPA, rich in caramel malt character and well balanced with plenty of hops. An authentic India Pale Ale, this IPA is handcrafted for the true ale drinker.” Indeed. 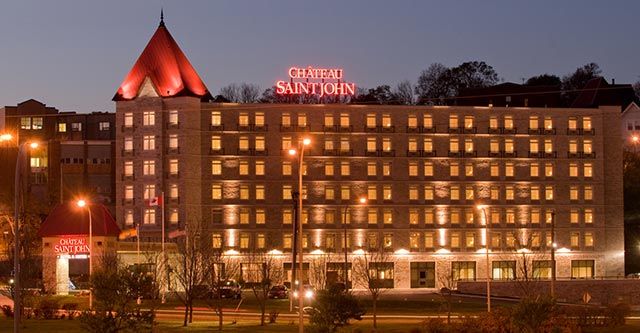 Conveniently located just off Highway 1 is Chateau Saint John (part of Choice Hotel’s Ascend Collection). Since they were kind (or crazy) enough to host us for a couple of nights, we thought it worth checking out. Freshly opened in 2010, the halls and rooms of this hotel still smell new. For the duration of our stay, we found the staff to be extremely friendly, accommodating, and knowledgeable.

With more than 100 rooms and a handful of suites, there’s a little something for every type of traveler on any type of budget. But this time of year, the crowds thin out and it’s easy to relish not having to share the hotel with many other guests. 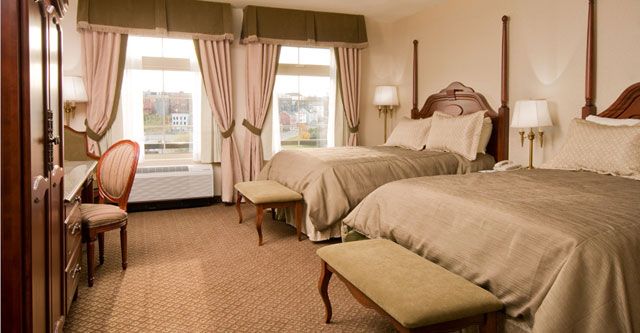 Oversized rooms mean plenty of space to sprawl out. Every room features an array of excellent amenities, including: 1 King or 2 Queen beds, European decor, granite countertops, large plasma TVs, and (most importantly) free wireless and wired internet. Splash out on a suite for additional accoutrements such as in-room wet bars, fireplaces, microwaves, jet tubs and more.

The big win? Special winter rates start at just $119.99 nightly which is, frankly, a steal. 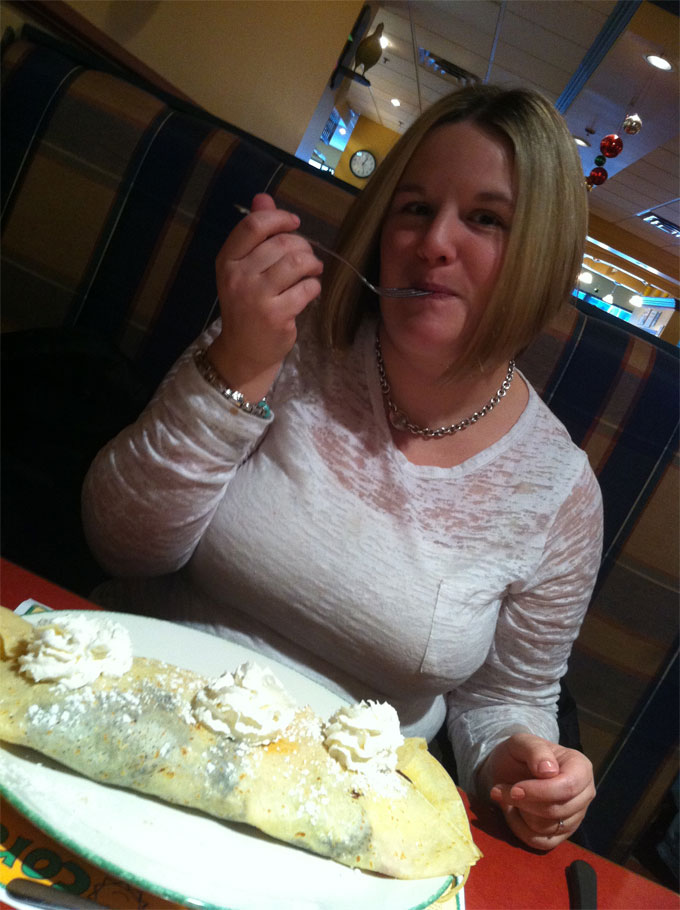 Love it or hate it, Cora’s is quintessentially Canadian. And the sheer number of patrons on any given day is a testament to its popularity. This national chain started in 1987 in Montreal and has since spread to virtually every province, including New Brunswick, with more than 100 franchised locations.

The menu features fresh, creative takes on typical breakfast staples. Bring an appetite because the portions are huge, almost bordering on ridiculous. I wholeheartedly endorse the April 89 – a massive, newborn baby-sized fruit and Nutella-filled crepe. Yes, really – Nutella. For breakfast. Why not, right? And, to keep your dentist happy, wash it down with a tasty Mochaccino.

Quaint coffee shops, retailers and restaurants abound on every level of this charming, brick shopping center in the heart of Saint John. It’s open seven days a week and the fact that it’s all indoors means it’s worth a leisurely stop-in during any season of the year.

Conveniently located on the first floor of Market Square (you don’t even have to go outside … in the snow!), Saint John Ale House offers a great pub menu (I highly recommend the Fois Gras Poutine and Chocolate Guinness Cake. Seriously.). More importantly are the 29 draft beers on tap, including the Ale House Ale – a tasty red ale brewed especially for SJAH. 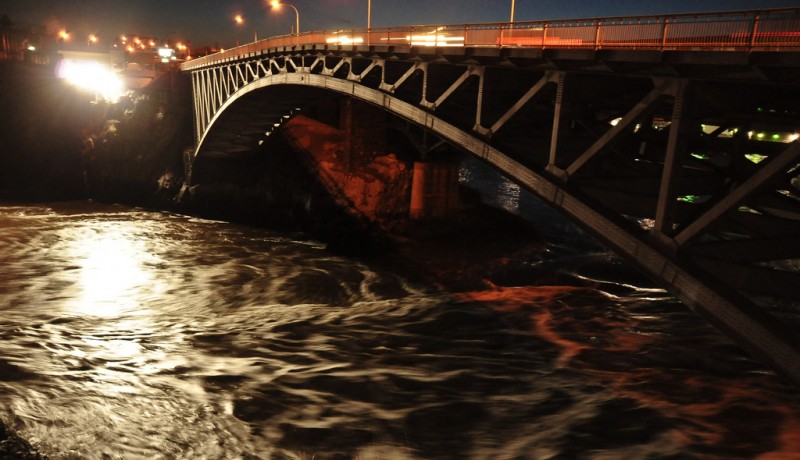 No trip to Saint John is complete without a visit to Reversing Falls – a pseudo waterfall that “falls” upstream. This local wonder is still vying as a finalist to be one of the New Seven Wonders of the World. No surprise as, to my knowledge, this phenomenon is found nowhere else in the world.

Here’s the best, brief explanation of it that I could find:

The phenomenon of the Reversing Falls is caused by the tremendous rise and fall of the tides of the Bay of Fundy, which are the highest in the world. The natural southward-facing opening of the Bay of Fundy receives the on rushing ocean tides directly like a funnel. The tidewater is normal when it enters the bay at its widest point. But the farther up the bay it travels the more it changes. It is, in effect, squeezed by the ever-narrowing sides and the constant shallowing of the bottom forcing the water higher up the shores. The low tide running out of the bay collides with the new, incoming high tide, combining forces to make a higher wave coming in. The combination of wave forces is called resonance.

Be sure to check the tide charts readily available throughout the city to find the best time to go! 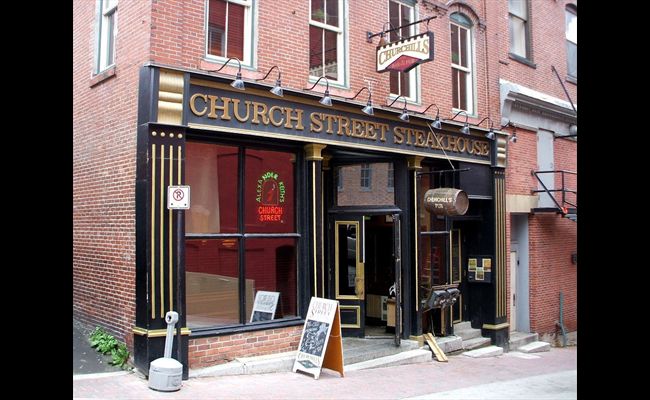 Before heading back to the hotel, round out your stay with a cozy dinner at Church Street Steakhouse (10 Grannan Street, Saint John). As far as fine, romantic dining goes in Saint John, we were assured that this is the crÃ¨me de la crÃ¨me. We weren’t disappointed as the food and service were both excellent and everything you’d expect in a fine steakhouse. It almost goes without saying that I highly recommend the filet and don’t forget to pair it with a bold red like the Sterling Shiraz.