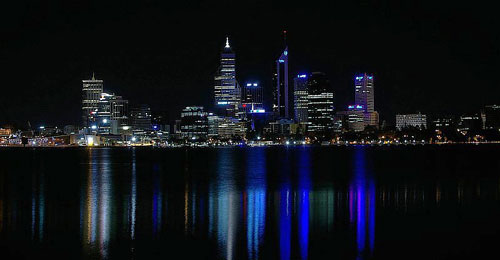 Perth usually gets tagged as the most isolated city in the world. If you’re visiting Perth, you’ll probably realize that it is a heck of a long way from anywhere as you take flight after flight to get there, but once you’re strolling around Kings Park or having a beer at the Brass Monkey it’ll seem like any other medium-sized city.

I was lucky enough to be born in Perth, although from the time I finished school I couldn’t wait to leave. After traipsing around the world for about six years, my German husband persuaded me to settle in Perth again, and it’s only now that I’ve realized what a great city it is. So let me take you on a whirlwind tour of the best that Perth has to offer. 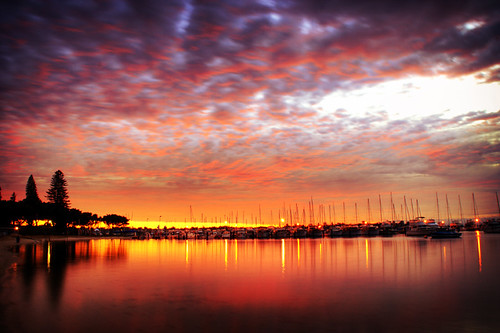 Saturday 8.00am: Sunrise on the Sunset Coast

Pick up a rental car in the city. Public transport is getting better in Perth, but if you’re pushed for time, your own wheels are definitely an easier way to get around. Open the Perth street directory and head up the coastal road through the suburbs.

At some stage a tourist board started calling this northern coastal suburban area the Sunset Coast. It’s a popular zone for families to live in, starting from just outside the center of the city and heading north along the beach towards Sorrento Quay. And yes, it’s nice at sunset to see the sun slipping down behind the far horizon of the Indian Ocean, but my tip is to see it at breakfast time instead.

There are quite a few great cafes along West Coast Drive which serve up very full plates of cooked breakfasts while you sit looking over the ocean; several of them understand that you might make a late start while relaxing in Perth so they serve breakfast all day. You might see the odd tourist sipping a latte but most patrons are cheery locals.

Full stomach in tow, head for the beach. If you visit Perth in winter, a long walk on the perfect sand is in order. I’m not just using the word “perfect” randomly: our beaches are great. In summertime walk for the prescribed half hour or so for your breakfast to settle and then plunge into the waves. Try to swim within some lifeguard-watched flags, because the Indian Ocean has some tricky rips that can pull an unsuspecting swimmer out to sea if you swim in the wrong place.

1.00pm: Meet a Kangaroo at Caversham

Back in the car, head a little east of the city to Caversham Wildlife Park. There are a few different animal parks and zoos in Perth but this is a great one, and although you’ll see the odd rushed-bus tour group, it’s still worth a visit for anyone. Australia is home to such bizarre animals that it pays to get up close to them, and that’s the beauty of Caversham.

As you walk around the paths through the bush, you can feed kangaroos, stroke a koala and hold a heavy (and usually sleepy) wombat. Avoid the tourist kitsch in the gift shop and just take away photos of animals you won’t see elsewhere. I must have been there a dozen times but adore it each trip.

On the other side of the Caversham Wildlife Park area is the Swan Valley. This is an area that’s really taken off in recent years and is full of wineries and vineyards, breweries, a chocolate factory and boutique bed and breakfast accommodation.

If you love your wine, I recommend checking in to a cottage for the night and spending the afternoon at a winery nearby. Or if a few samples are enough for you, check out the Margaret River Chocolate Factory outlet for a really sweet snack, and then head back into Perth city for a night out.

Two choices here: stay in the Swan Valley and move on to a brewery and pub like Duckstein or Elmars, both of which produce German beer; or head into the entertainment district of Perth, Northbridge. It’s walking distance from most city hotels and you can try some good Australian beer at a Perth institution, the Brass Monkey Hotel. There are plenty of nightclubs nearby if you want to party on until Sunday — check Xpress magazine, free at pubs and clubs around town, for the current nightlife tips.

Sunday 9.00am: Don’t Pick the Wildflowers in Kings Park

Depending on where you crashed the night, drive or walk to iconic Kings Park. It’s a huge area of bushland and parks in the middle of the city, on a small hill overlooking the Swan River. There are wildflower gardens with interesting signage to point out some of the odder species of flora in Australia, like kangaroo paws or banksias.

Break for morning tea at one of the cafes near the war memorial, where you can get a great view over the city. It’s the outlook that usually features on a postcard of Perth and there’s a good reason for it.

Drive or take the train to Fremantle. “Freo” as the locals call it is the port city of Perth, and in preparation for the America’s Cup yacht racing there in the 1980s, it had a massive overhaul and became a fantastic place to hang out.

For me, a day in Freo must include lunch on the wharf, usually of fish and chips. There’s something about eating seafood in a spot where you can sea and smell the ocean that makes it taste ten times better than normal. I’m also a fan of a break in a cafe along the Cappuccino Strip (it’s called South Terrace on the map).

Stroll through the Fremantle Markets or the E-Shed Markets to see what local craftsmen are selling, and to get a touch of the hippy flavor of Freo. For some highbrow culture I recommend visiting the Maritime Museum, with its focus on the different meanings of the sea for Perth people. For many it’s simply a place for sport and recreation, while fishermen use it as their livelihood; the Maritime Museum also makes a big deal out of the large numbers of immigrants who arrived in Australia on a ship landing at Fremantle.

What’s the quintessential Perth experience to end your weekend with? That really depends who you ask, but it’ll probably involve water somehow. I’m thinking a stroll along the river in front of downtown Perth. Stop for a beer or a meal near the Swan Bell Tower and then promenade along the Swan River. And do look out for the swans after which the river’s named: in Perth they’re never white, only black. Spot one of them (and not just on the state flag) and you’ve got another unique Perth experience to add to your traveler’s belt.