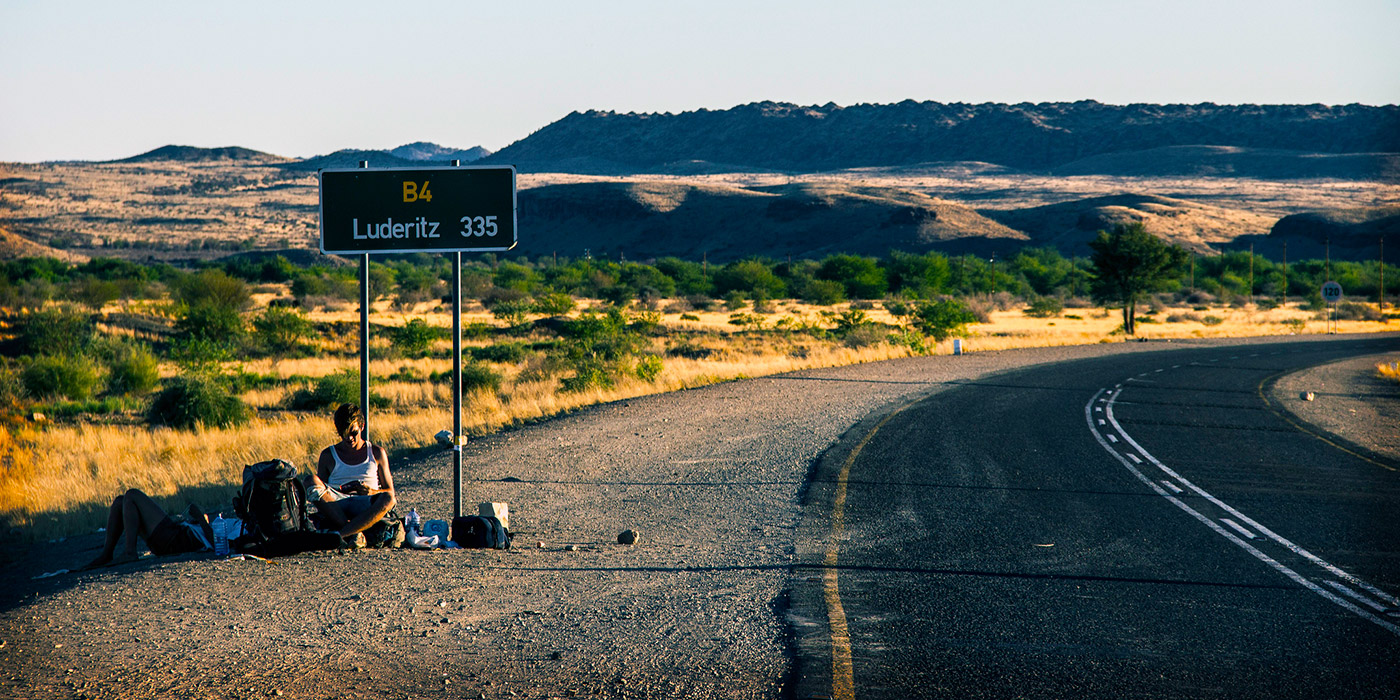 I’ve hitchhiked in the US, Japan, Thailand, and New Zealand. Inevitably, there will always be that awkward encounter at rest stops and random intersections: the fellow hitchhiker who tries to dissuade you from sticking out your thumb.

“Where you headed? I’ve been trying to get a ride for two and a half hours. Good luck, man …”

Most recently, in kiwi land, I was told this by a man wearing a shirt stained with McD’s grease and cutoff jeans, sporting an unkempt beard, bracing himself against an 80L exterior frame backpack, and holding a dirty piece of cardboard with his destination scrawled in black ink. It was hard for me not to laugh; I had been hitching at this particular location off and on for six weeks, and had never had to wait more than twenty minutes for a ride.

What’s the secret? How can you ensure a free ride down the road?

#1: Cleanliness is Next to Godliness

Clean shaven, clean clothes, and no traces of blood (yes, really) or sweat on your skin. I suppose lack of facial hair is open to debate, but I have a suspicion that drivers are more likely to pick up men who look like they’re on their way to officer training school rather than those who emulate ZZ Top.

Whether you’re sporting a cheap pair of frames you purchased an hour ago from a shady character downtown or a trendy set of Oakleys, it’s best to set them aside and let motorists see your face.

This tip depends on the living situation, of course, but if you happen to be residing and hitchhiking in the same area, take heed of your presence in the community. Do you ever go for walks or runs in the morning or evening? Wave at motorists as they pass; perhaps they’ll remember you if you need a ride to the bus station later on.

#4: Limit One Bag Per Person

Try not to carry more than one piece of luggage. If you can’t travel without a full 60L backpack so be it, but the ideal hitchhiker is supporting a simple day pack or none at all. Your light load saves the driver the hassle of clearing out the back seat or popping the trunk — you can just rest it on your knees. 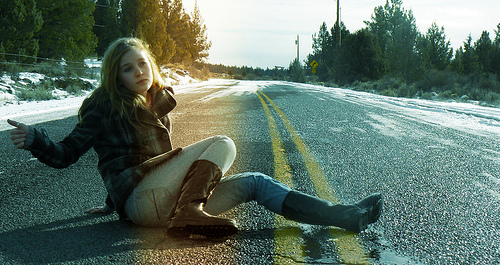 #5: Have a Creative Approach

I’ve seen all kinds here — people wearing fake casts on their arms and legs; dressing up in costume; girls showing off their legs (classic); some physical gimmick like chasing after cars that hesitate or performing some gymnastic stunts. If you think anything will help you stand out, even the absurd, then go for it.

If you need to start your journey from a major metropolitan area, consider walking or arranging transportation for the first 20-30 kilometers, ensuring you’re delivered in a rural area and less likely to catch people running errands and going to work.

Motorists need room to pull over; don’t assume they’ll just stop in their lane and halt incoming traffic to pick you up.

Check local hitchhiking laws. For instance, it’s illegal to hitchhike on the motorways of New Zealand (though not highly enforced).

Fifty-fifty shot here. Carrying a cardboard sign with your destination written in sharp bold letters might make it easier to find one driver willing to take you the full distance, but could also discourage those going only a few kilometers from making the effort to stop.

If you’re traveling in a foreign country where English is not the native language, it would definitely be a good idea to write “I can speak ____” in the local tongue. Drivers might want more than simply, “Roma? Ok, ok … (3 hours later) here … bye bye.”

#8: Consider the Time of Day

Rush hour traffic (7-9 AM, 4-6 PM) can leave you aggravated even if you’re not stuck behind two hundred cars and a construction zone. A parent who might enjoy conversation with a traveler in the middle of the day is less likely to let a stranger enter her car with her 10-year-old son, fresh from school. Blue and white collar workers usually want to get home and chill immediately following a long day of stress. 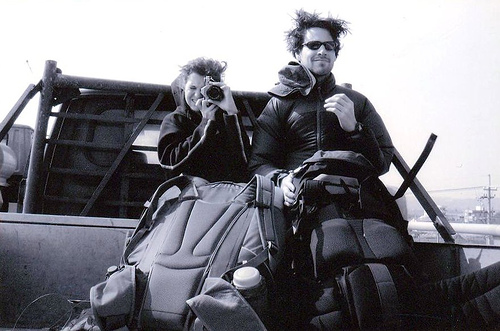 Pity rides are all too common in the world of hitchhiking.

Somewhat of an exception to the luggage and cleanliness rules is playing the proper role of a hitchhiker — a traveler displaced and alone in this uncertain world of ours. Now imagine such a character in the pouring rain. Along a rural highway in the dead of night. Wearing a t-shirt and shorts when the outside temperature reaches zero degrees Celsius. A combination of the three would be ideal. Pity rides are all too common in the world of hitchhiking.

Finally – never, never assume you are entitled to a ride. I know it can be frustrating to sit outside for hours in the rain or glaring sun watching car after car after truck … after horse-drawn carriage pass you by. However, if you start thinking “Why didn’t she pick me up? She’s going the same direction, and her passenger seat was empty,” then that resentment will simply build until you lose hope of making it to your destination, stop wearing a smile, and only stick out your thumb at every fifth vehicle.

Strangers grant you a privilege by taking the time out of their busy day and escorting you further down the open road. Don’t forget it.

In your experience, what are the best countries for hitchhiking? Share your tips and stories with us below!