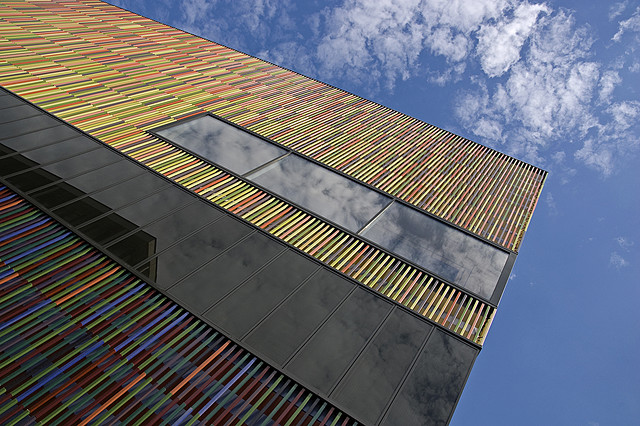 10 Things to Do in Munich Now (Besides Oktoberfest)

Year after year, hundreds of tourists flock to Munich for Oktoberfest. The festival grounds, also known as the Theresienwiese – “Wies’n” in short – fills with visitors of all types. From young to old, from locals to travelers, the Oktoberfest offers entertainment for different tastes. This year’s festival began last Saturday, and continues until October 3rd, 2011 (also the Day of German Unity). If you are planning to head over to for Oktoberfest make sure you book beds early as the best cheap Munich hotels and hostels sell out months in advance.

But in reality, there is much more to celebrate in Munich. No matter whether you are in town for Oktoberfest or some other time of year, let me share ten ideas for non-Oktoberfesty things to do:

Opened in 2009, the Brandhorst Museum is the latest addition to Munich’s art triangle that includes the Neue Pinakothek, the Pinakothek der Moderne and the Alte Pinakothek. While the latter trace the history of art from the ancient Greeks to early modernism, the Brandhorst complements them with its contemporary art collection. Here, you can admire Cy Twombly’s, Andy Warhol’s and much more. The unique colored architecture of the building itself is also well worth seeing. Visit the museum website for opening hours and ticket prices. 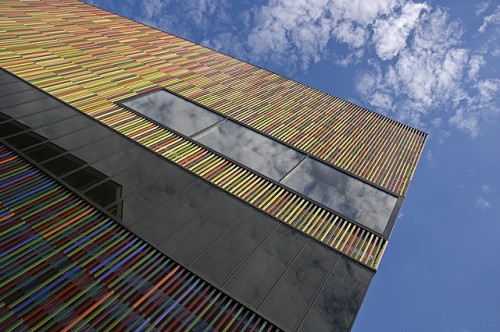 #2: Take a breath of Nature in the Englischer Garten

The Englischer Garten is Munich’s largest green area, and as such, is even bigger than Central Park in New York. Here, you can do anything from a simple stroll to a romantic row in one of the boats at the lake. A great way to get started being active in the Englischer Garten is by biking. One option to do so is through Mike’s Bike Tours. For those who can’t get enough of beer, you can even rent a “beer bike” where you can drink and ride at the same time.

Those who prefer to watch others being active should head to the Prinzregentenstr. entrance, where surfers surf day in, day out. No matter whether it’s scorching hot or freezing cold. Now that’s something to admire. 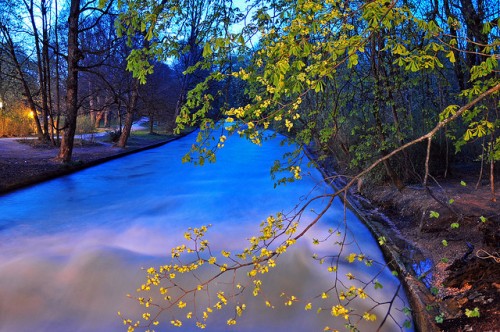 The Eisbach River in the Englischer Garten in Munich Â© deep_schismic

#3: Slide Down the Blomberg

At the Blomberg mountain, you can ride down the mountain on a sledge, even during summer. You control the speed, just make sure you don’t go too fast or you’ll end up flying out of the lane. But don’t go too slow either, or the person behind you will bump into you.

In addition to this activity, the Blomberg mountain provides great options for those who enjoy hiking. You can trek up, down and even to other mountain huts. Those who prefer to be a little less active can take the Blomberg Bahn, a two-seater lift, to the top and back down. Everyone can admire the beautiful natural landscape and fresh air at the top. There are restaurants, too, for you to stock up on energy. 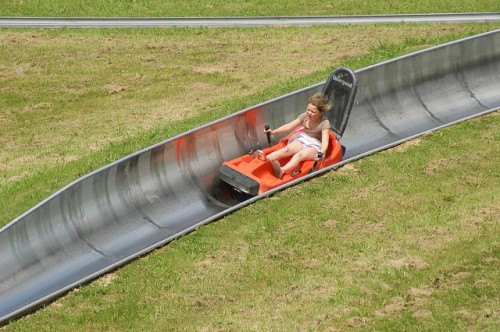 #4: Party the Night Away at Kunstpark

The Kunstpark is a former industrial area that is now full of bars and clubs. When the Oktoberfest tents close at 11 p.m., you now know where to go. Instead of having just one bar or club to choose from, there are various, and you can hop from one to the next. From a Latin American club to a disco with Hip Hop music, there is entertainment for different tastes available. How to get there? The S-Bahn (fast train) to Ostbahnhof. 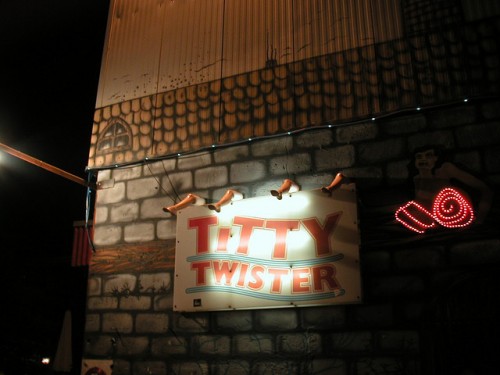 No wonder the kings wanted to live here.

This palace was commissioned by the prince-electoral couple Ferdinand Maria and Henriette Adelaide of Savoy to the designs of the Italian architect Agostino Barelli in 1664 after the birth of their son Maximilian II Emanuel.

From then on, it would serve as the royal summer residence.

Nowadays, the park is open to all. Here, you can stroll for hours on end and admire the royal park. The castle, too, is open for touristic visits. See the official website for details on opening times and tickets. 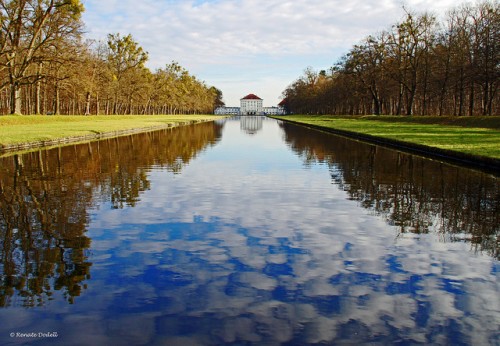 #6: Feed the Animals at the Munich Zoo

Germany has no rainforest, but it certainly can take can of tropical animals. At the Munich zoo in Thalkirchen, you can see cheetahs, lions, penguins and many other species. You can take a guided tour, meet your favorite animal, or take part in a feeding session. Those who have come to Munich to celebrate can even host their own event here. Why not have a memorable birthday party in the Elephant house? Or perhaps the Jungle Tent?

Check out the options at the official Tierpark Hellabrunn website. 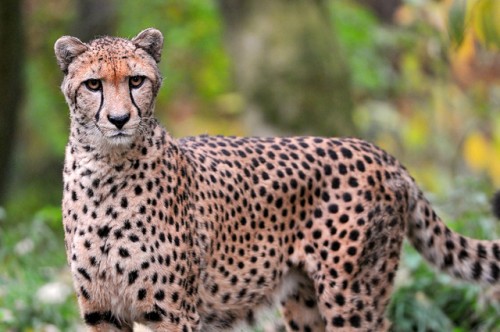 Cheetah at the zoo in Munich Â© Tambako the Jaguar

The only BMW museum in the world is located in Munich. Here, you can learn all about the history of the car brand and its specific models. Interactive museum activities allow you to test drive simulation cars to try the newest brake systems and much more. Motorbikes, too, are on display. 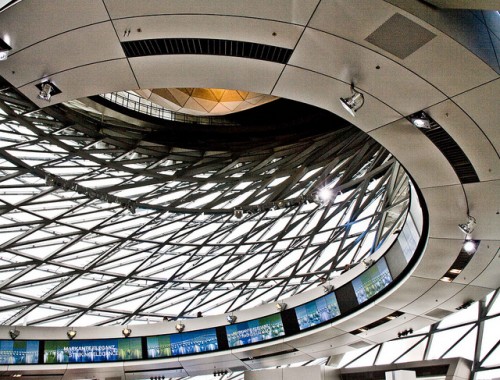 #8: See a Light Display (or Soccer Game) at the Allianz Arena

An architectural wonder by Herzog and De Meuron. Inaugurated during the Soccer World Cup in 2006, the Allianz Area stadium houses not only soccer games but countless international artists.

The building itself is well worth seeing for its spectacular architecture. In fact, you can see the donut-shaped UFO when you fly in to Munich airport! Another special fact is that the color of the lighting of the building can be altered. For example, depending on which Munich soccer team is playing, the stadium will light up red, blue or white. 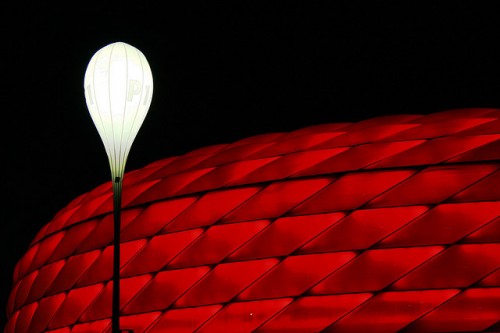 The Olympic games in Munich were held back in 1972. But that doesn’t mean that the Olympia park doesn’t still have things going on. Quite the contrary; numerous artists still put on shows in the 60,000 people Olympia stadium. In addition, there are countless athletic festivals going on here year-round. You can also take a dip in the Olympic pool if you feel like it. And in the winter, ski down the slopes on a sled! There’s always something to do. 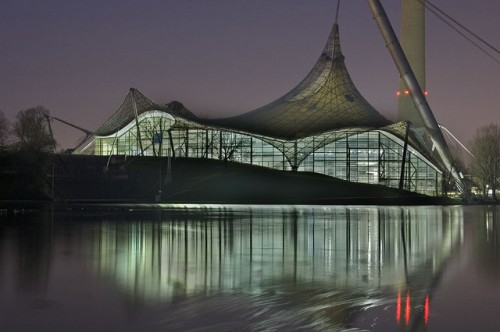 When the Theresienwiese is packed with Oktoberfest visitors, you might want to get away to a bigger street for a stroll. On the Leopoldstr. and Ludwigstr., the biggest avenue in Munich, you can walk all the way from the downtown area (Odeonsplatz which then leads to Marienplatz) to the MÃ¼nchener Freiheit. Along the way, you will find numerous landmarks, such as the Siegestor, meaning Gate of Victory (see image below).

Stop for a drink at one of the numerous bars and cafés, people-watch and refresh your energy. 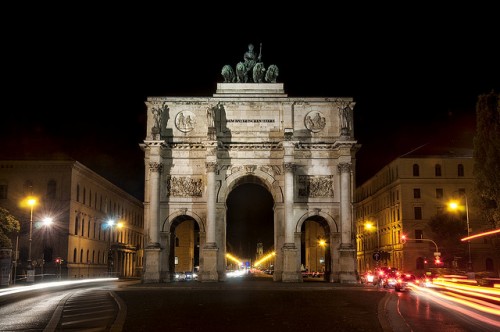 ***
If you are heading to Oktoberfest after all, visit the official festival website for more information. To read up on the rich history of the event, check out “The Oktoberfest: More than Just a Beer Festival“.

And if you don’t know how to order food and drinks in German yet, check out my piece on “10 German Words and Phrases You Should Learn Before You Go To Oktoberfest“.

Vegetarians, in turn, should read my latest feature for VegNews, Magical Munich. No matter whether you’re a vegetarian or meat-eater, the capital of Bavaria has something magical for you to enjoy.

See you in Munich!