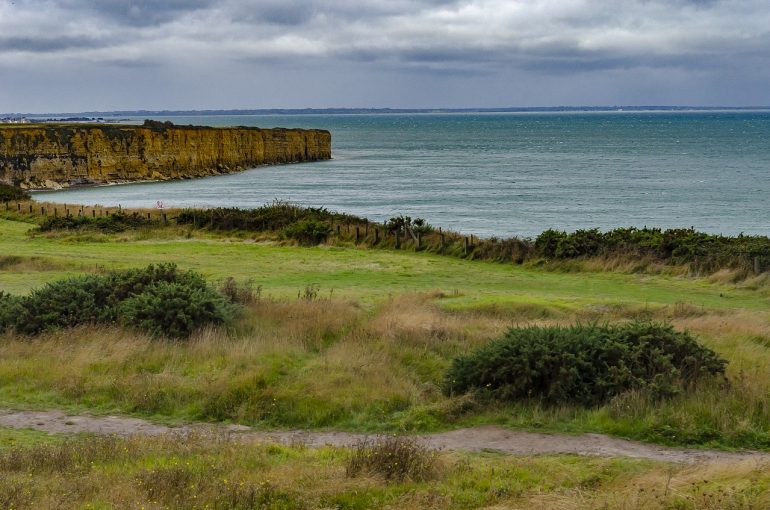 In 1944, thousands of ships and boats invaded the beaches of northern Normandy, and tens of thousands of Allied soldiers assaulted French soil. The D-Day landings, code-named ‘Operation Overlord’, were the main seaborne invasion in history. Those landings on D-Day were followed by the Battle of Normandy that lead to hundreds and thousands of casualties. The Allied troops entered along the long coastline and got Europe free out of the iron grip of the Nazis.

Today, locals and tourists take guided tours of Normandy and D-Day beaches along the English Channel coast. Those beaches are filled with holidaymakers and families and children. However, wherever you go, there are reminders of those terrible days of D-Day landings that tell the gruesome story.

At each of the landing sites, there are monuments and memorials that tell a different piece of the story. Those are much more than just tourist attractions, as they take you back in time and lead you to deeper thoughts. Several exhibits with pictures of the invasion deserve the attention of every generation and especially the young people. Those five D-Day beaches invaded by the Allies have been code-named Utah, Gold, Juno, Omaha, and Sword. The Allies were not able to join all five D-Day beaches until June 12.

British troops, invaded the Gold beach after the fighting was on at Utah and Omaha. The allied troops faced stiff resistance from the Germans initially. However, the majority of the German defenses had been wiped out because of the aerial bombardment. British warships such as the cruiser HMS Ajax posed still challenge to the German artillery battery because of its pinpoint accuracy from miles away. Within an hour, the British secured a few beach exits and captured Arromanches, the fishing village.

The bloodiest of the Normandy D-Day beaches, the beach witnessed thousands of U.S. troops either wounded, missing, or dead. The trouble was that the American Army intelligence miscalculated the strength of German soldiers in the area.  Gradually, the U.S. troops made across the beach safely. However, the aerial bombardment was not able to do any significant damage to the fortified German positions.

British and Canadian airborne troops were dropped behind enemy lines around midnight. They captured Pegasus Bridge within minutes and demolished bridges over the River Dives. They eliminated key German artillery and prevented German reinforcements from arriving. As the troops moved inland, they faced strong resistance in villages, despite being connected with the airborne units.

Allied landing craft had to struggle with rough seas, enemy mines, and offshore shoals at Juno. The first hour was predominantly ruthless as the Allied teams faced 50 percent casualty. Although Canadians lacked any tank support, later, they marched into the interior quickly as the German resistance got slowed. As the Canadian troops advanced further inland, they captured several towns.

U.S. forces landed on Utah itself, just a mile away from their destination. The beach was added to the invasion plans so as to keep the Allies within striking distance of Cherbourg. Thousands of U.S. paratroopers landed here, and while many were shot at by the sky by enemy fire, many others drowned in the flooded marshlands. Those who landed found themselves out of their elected drop zones and were forced to improvise for the unforeseen situation.

When you explore the Normandy D-Day beaches and memorials, pause for a while and stand in silence to remember all those who lost their lives. Salute in silence to the heroic efforts of American, Canadian, and British forces who were joined by Polish, Danish, and French troops in one of the great saga of military history.