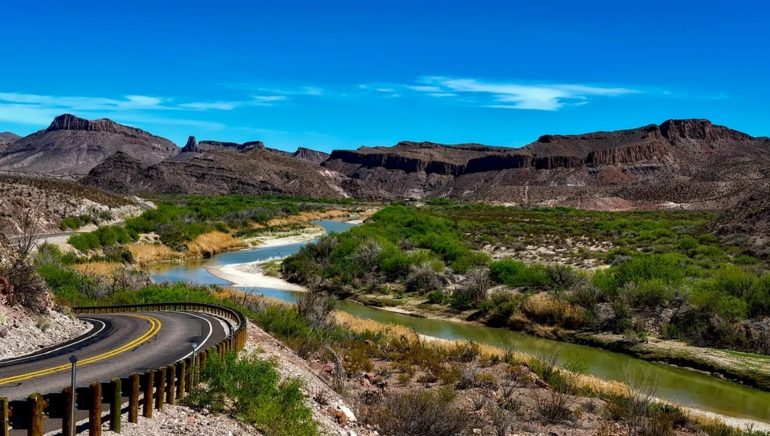 Road Trip Ideas: The Most Popular Destinations To Visit In Texas

For many people, a road trip is the best way to explore and experience all that America has to offer. People from all over the world come for the mountains in Colorado, or maybe they want to see the beaches of Florida. One thing is certain: no matter what you want out of your next journey, there’s something waiting just around the bend in this great country we call home! This article will provide some suggestions on some of the most popular destinations in Texas.

Big Bend National Park is the largest protected area of Chihuahuan Desert wilderness in the United States. The park is located along the border of Mexico and Texas, and it was named after a large bend in the Rio Grande/Río Bravo. If this location seems interesting to you, you can look for RV rental options in Texas, so your trip will be easier and more comfortable. From ancient sites dating back over 10,000 years to more contemporary pioneers, ranchers, and miners, the area has a rich cultural heritage. The Chisos Mountains are the only mountain range in the United States that is completely confined within the boundaries of a national park, so you’ll know that you’re in for an amazing view. If hiking, mountain climbing, and camping are more of your thing, this is definitely the place to go!

Established more than 80 years ago, Guadalupe Mountains National Park is known for its dramatic landscapes and history. The park features the tallest peak in the state of Texas: Guadalupe Peak which stands at 8751 feet tall! You can also find El Capitan, a famous landmark in the park. The area is home to a diverse range of plant and animal life including alligators, bighorn sheep, golden eagles, mountain lions, black bears, and more! If you’re looking for a great place to camp during your trip in Texas, look no further.

Another popular destination is the Alamo. The Alamo is a former Roman Catholic mission and fortress compound located in San Antonio. It was established as a Spanish mission in 1718 as part of the colonization effort to Christianize the native population of Texas, but it would only last for 15 years before being captured by the Spanish Army. It was here that American folk heroes James Bowie and Davy Crockett were killed at the Battle of the Alamo in 1836. The Alamo is now a museum in the Alamo Plaza Historic District, as well as a World Heritage Site for the San Antonio Missions. If you’re interested in Texas history or just looking for a day trip to take while staying in San Antonio, it’s definitely worth checking out!

One more popular destination in Texas is Natural Bridge Caverns. This location provides visitors with a rare look at some of the largest and most beautiful cave formations on Earth. The caverns contain amazing geological features such as stalactites, stalagmites, helictites, and more! They also feature several huge rooms that were used by Native Americans for shelter and as sacred ceremonial spaces, and they were even used by early settlers and ranchers as a source of freshwater.

Considered as one of the largest canyons in America, it measures 120 miles long and around 800 feet deep! Palo Duro Canyon (Spanish for “hard stick”) has been called “The Grand Canyon of Texas” because of its vastness and striking geological features, which include multicolored rock layers and sheer mesa walls similar to those found in the Grand Canyon. It is a popular destination for hikers, mountain bikers, and campers who love to take advantage of its amazing scenery. Visitors can also enjoy exploring the many waterfalls, rivers, and lakes located within the canyon itself!

On the other hand, if you’re not a fan of hiking and camping and instead enjoy the idea of a more urban trip, there’s always San Antonio! The city is located near the bottom portion of the state, and it features one of the largest collections of Spanish architecture in all of North America. It’s also home to many popular tourist attractions, such as the River Walk. San Antonio River Walk is filled with beautiful fountains, restaurants, shops, hotels, and bars! It’s the perfect place to spend an afternoon wandering around or enjoying some drinks. The River Walk has inspired similar projects in other cities, such as the Little Sugar Creek Greenway in Charlotte, the Cherry Creek Greenway in Denver, and The Bricktown Canal in Oklahoma City.

This is a little bit different than the previous attractions we’ve mentioned, but it’s definitely a place that people love visiting! Cadillac Ranch is an art installation and sculpture created by Chip Lord, Hudson Marquez, and Doug Michels, who were a part of the art group Ant Farm. Ten Cadillacs (1949-1963) are buried nose-first in the earth as part of the installation. The automobiles, which were installed in 1974 and spanned several generations of the car line and the distinctive evolution of their tailfins, were either older running, used, or scrap cars. If you’re an art fan or just looking for a fun activity to do with your family, it’s definitely worth checking out!

Finally, the last location in Texas that we’d recommend is Padre Island National Seashore! Located on the southern tip of the state, this beach is a great place to camp, go fishing, and do some other nature activities. Because of Padre Island National Seashore’s location on the Central Flyway, a key migratory path for birds, the park has been home to over 380 species of birds, accounting for roughly 45 percent of all bird species reported in North America. If you love birds, you can enjoy birdwatching anywhere within the park! The park is mostly undeveloped, however, there is camping available, and most of the beach is only accessible by four-wheel-drive cars. Padre Island National Seashore is the United States’ fourth designated national seashore.

Texas is a state known for its wide variety of landscapes, from the prairie lands to the Gulf Coast. The state has long been a favorite destination for road trips, and with so many great attractions to see, there are plenty of reasons to visit! One thing is certain: no matter what you want out of your next journey, there’s something waiting just around the bend in this great country we call home!