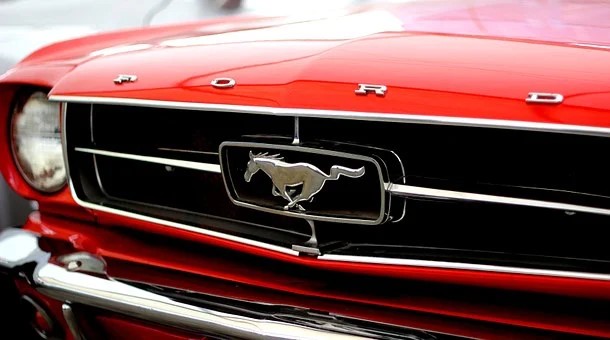 10 Activities You Will Enjoy in Michigan

Michigan isn’t often at the top of people’s popular destinations for travel, but the Great Lake State has some very unique experiences to offer to its visitors. It is a blue-collar state with some deeply planted roots that form the industrial foundation of America. No matter what type of traveling you enjoy doing, Michigan has something for everyone! Let’s take a look at ten of the best activities that Michigan has to offer!

Detroit isn’t called Motor City, USA for nothing! The city is home to legacy automakers like Ford and General Motors, and both companies offer sites for tourists to visit. Specifically for Ford, you can visit the Henry Ford Museum of American Innovation, and even take the Ford Rouge Factory Tour to see how its current lineup of vehicles is made. Learn about Ford’s historic run as one of America’s leading automakers from the Model T to the present-day F-150 Lightning electric truck. No visit to Detroit is complete without learning about the industry that built it.

One of the more scenic parks in all of Michigan, Isle Royale is located on the Northwestern shore of Lake Superior, right beneath the Canadian border. As its name suggests, it is a 432 square mile island that is home to a wide variety of wildlife that is specific to the harsh cold of northern Michigan. The island is free for hiking and boating and provides a nice reprieve from city life. Isle Royale is one of the easiest ways to cross paths with animals like wolves, foxes, otters, and moose, which is something you certainly won’t find in Detroit city.

The University of Michigan

Located in Ann Arbor, Michigan, the University is one of the most well-known sports schools in the entire country. The school was established back in 1817 which makes it one of the oldest public universities in the country. Check out the legendary Michigan Wolverines history and if you time it right, you may even be able to catch a football or basketball game. The Michigan Wolverines men’s football team took home the Big 10 Championship this season for the first time since 2004.

Since December of 2019, online casinos have been legal to play in the state of Michigan. It has provided both locals and visitors with an entertainment source that brings in tax revenues for Michigan, something that more states are realizing each year. Michigan does have a few brick and mortar casinos as well but offers some of the best online casino experiences in the country.

So while you are winding down from a long day of exploring Michigan, why not relax back in your hotel room and play a few casino games while you are there. If you enjoy casino games you can access them online at Michigan online casinos from any connected device including a mobile phone. You do not need to be a citizen of Michigan to play, you only need to be physically present within state lines!

Online casinos are perfect for people who want to play casino games but do not want to be bothered with heading out to a casino in person. Visitors to the state can sign up for a new account at any participating Michigan online casino and take advantage of the generous bonuses that are offered.

The name may sound like something out of a horror movie, but we can assure you that there is nothing scary about a visit to Frankenmuth. In fact, the city of Frankenmuth is known for its traditional German heritage, after German immigrants settled the city in 1845. It is best known for the Bronner’s Christmas Wonderland, which is the largest Christmas-themed store in the world.

Michigan’s Adventure is the largest amusement park in the state, with over 53 exhilarating rides and a full water park as well. The water park is the largest outdoor water park in the state as well. Michigan’s Adventure offers something for everyone in the family, including highly rated restaurants, shopping, and hotel accommodations. Dust off your scout uniform as you head to the Camp Snoopy area of the park, which features five family rides.

Visit one of the first recording studios that launched the ever-popular Motown style of music. The Motown Museum is located in Detroit and is the site of Hitsville, USA. Check out the Motown store and jam to your favorite Motown hits as the legends of the industry are celebrated and immortalized. The Motown Museum is even planning an expansion that will turn it into a 50,0000 square foot entertainment and educational destination for everything Motown.

Check out a Detroit Sports Game

You have your pick of teams to choose from in Detroit. We already mentioned watching a Michigan Wolverines game at the Big House, but why not check out a game for one of the many professional sports that are represented in the city. The Detroit Lions of the NFL play at Ford Field, the Detroit Tigers of the MLB play at Comerica Park, or the Detroit Pistons of the NBA and Detroit Red Wings of the NHL who both play at the Little Caesars Arena. Detroit fans are extremely passionate about their hometown teams, even if more than a couple of them are mired in a streak of losing seasons.

Zoos are always popular for tourists to visit and the Detroit Zoo is no different. Given the colder climate in the state, one of the zoo’s largest showcases is 326,000 gallon penguin habitat. The Detroit Zoo is home to over 2,000 different animals across 240 different species. The zoo is a Detroit landmark and was first opened back in 1883.

Greektown is a large entertainment and cultural district of Detroit, that offers some of the best restaurants and bars to visit in the entire city. It is home to a number of well-known Greek restaurants, as well as hotels, casinos, and plenty of other entertainment that will keep you out all night long!