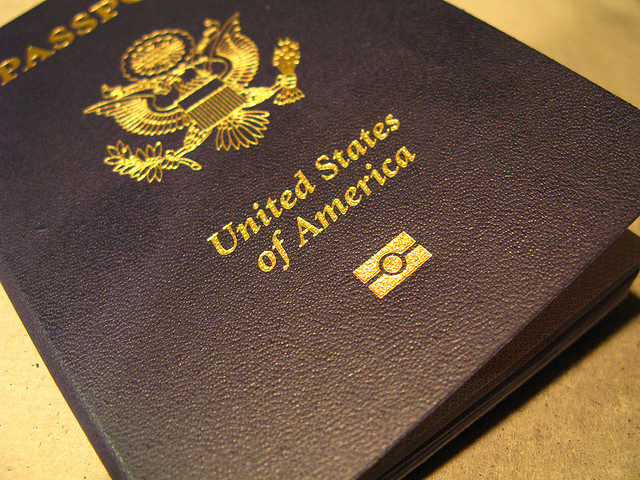 3 Tips to Safeguard Your Gear + Personal Info While Traveling

You’ve heard the drumbeat in the media: identity/data theft is by far the world’s fast growing and most insidious crime. But, with a few simple, affordable precautions, it’s surprisingly easy to thwart:

Newer U.S. passports feature RFID chip technology which, in theory, provides additional safeguards for travelers against identity theft. Not surprisingly though, thieves are a couple steps ahead. They’ve figured out ways to sniff out your data and steal it without you ever even knowing. The easiest way to combat this is with an RFID-shielded passport wallet

. For less than $10, it’s the easiest and most affordable way to safeguard the personal data embedded in your passport.

If you’re serious about protecting your data — meaning everything that’s stored on your computer — you need a solid VPN solution. If you’re unfamiliar with VPNs, Lifehacker sums them up thusly:

Put simply, a Virtual Private Network, or VPN, is a group of computers (or discrete networks) networked together over a public network””namely, the internet. Businesses use VPNs to connect remote datacenters, and individuals can use VPNs to get access to network resources when they’re not physically on the same LAN (local area network), or as a method for securing and encrypting their communications when they’re using an untrusted public network.

We’ve covered the top reasons why you should be using a VPN before. There are hundreds of VPN solutions available — some free, some paid. But be warned that you often get what you pay for. Which is why I’ve personally touted Hotspot Shield in the past. The company offers several packages, including a free and an Elite (paid) version and runs on Windows and Mac with new versions of the mobile app now available for iOS and Android. They’re also now offering nine new virtual locations, including: US, Japan, United Kingdom, Australia, Canada, Germany, Hong Kong, India and China.

It’s likely that, as a traveler, you’re not going to be the victim of crime. However, if you are, odds are that it’s going to be some kind of theft. Pickpocketing and petty larceny is big business in some parts of the world. Traveling with a protected backpack or day pack is the way to go.

I’ve long been a fan of Pacsafe‘s entire line of anti-theft travel gear. The company offers everything from secure wallets, to small day packs, to full-sized backpacks, to rolling luggage. The common denominator throughout much of their line is protecting you against bag-slashers who:

… often like to target outside fabric panels of bags (front, bottom or side), which cause valuables to fall out and into the palm of their hands. Our lightweight slashguard are built into (and concealed) in the most commonly vulnerable areas of bag, protecting your gear from a quick slash-and-run theft. Our new eXomesh protection in our luggage extends the full length of the bag protecting your gear from opportunistic theft or if it’s snagged by a conveyor belt or luggage handlers.