What a Near-miss Shark Attack Taught Me About Travel Insurance 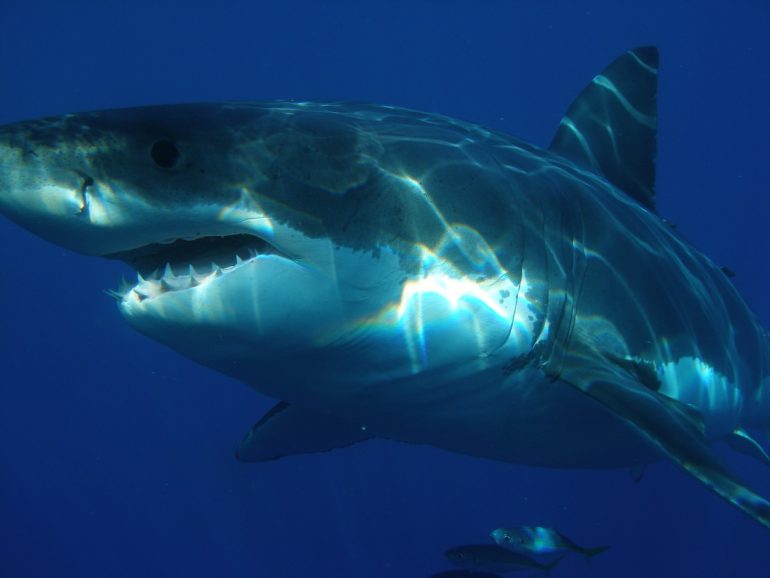 Travel is sexy. Insurance is not.

And travel insurance … well, it’s something most of us never bother to consider. Yet, all of us are crazy to travel without.

It’s easy to gloss over in your freewheelin’ 20s when you’re invincible and traveling the world and nothing is gonna stop you! But, by the time you hit 30, you (hopefully) have a 401K, a favorite goldfish, and a few people to think about beyond yourself. You have things to care about and people who care about — maybe even depend on — you.

Years ago, I caught a glimpse of just how important travel evacuation insurance can be. I was on a liveaboard dive trip far off the west coast of Mexico’s Baja Peninsula. A few days into our 10-day trip, a fellow diver began complaining of stabbing abdominal pain. The crew did the best they could with limited resources, attempting to relieve his pain and hope that whatever it was would pass. Fast-forward two days later when he had to be medevac’d from a tiny, remote Mexican town back to the U.S. due to a ruptured appendix. The price tag for his impromptu return “vacation” was purportedly north of $75,000.

Three days after that, the remaining passengers were shark diving off Guadalupe Island. On our last dive of the day, a 15-foot Great White bit through our breathing apparatus and nearly breached the top of our shark cage. Four divers including myself narrowly escaped serious injury or much worse. Thankfully, the ship I was sailing with mandated that every passenger carry top-notch travel insurance that included medical evacuation. If things had really gone sideways that day, I could have been staring down an exorbitant emergency medical transport back to the U.S. Worse, I might have had to risk being stuck in a rural and entirely unequipped Mexican village.

You needn’t dig too far into the news archives to find dozens, even hundreds, of similar travel stories involving serious medical emergencies. In June, an Arizona University student contracted a rare autoimmune disease that left her paralyzed just three days into her Spain vacation. These California newlyweds were stranded in Tahiti after the husband suffered a severe spinal cord injury while diving. And one young boarding school student from Connecticut contracted tick-borne encephalitis during a school trip to China.

Aside from the fact that my trip was among the most unlucky in my travel history, it also placed into sharp focus the necessity of medical transport coverage. Trip-based coverage is a solid, affordable option. But, if you travel even a few times a year, an annual plan is often a better choice.

For most young travelers, the idea of purchasing travel insurance, much less a medical transportation membership, might seem far-fetched. But travel insurance doesn’t necessarily get you home (like the poor people in the stories mentioned above), and transport plans can be surprisingly affordable. Consider that Medjet offers short-term memberships starting as low as USD $99, while annual memberships start at USD $295 (covers as many trips as you take in 1 year).

What does that include? In short, if you become hospitalized internationally or domestically (more than 150 miles from home), Medjet arranges for transportation back to the United States to a hospital of your choosing. That’s it — all you pay is your standard membership fee. For not much more, you can add travel security benefits like 24/7 crisis response to some scary things like if you’re the victim of a violent crime, caught in a natural disaster, or there’s a terrorist event where you are. And if you just disappeared, your family would have someone to call.

If you fall victim to a serious injury or medical emergency while traveling, is it really worth risking an out-of-pocket expense ($30,000 – $150,000!) to get you home? Just think how much your goldfish would miss you … all because you were too cheap to shell out less than $100.

Find an affordable MedjetAssist plan that’s right for you today!