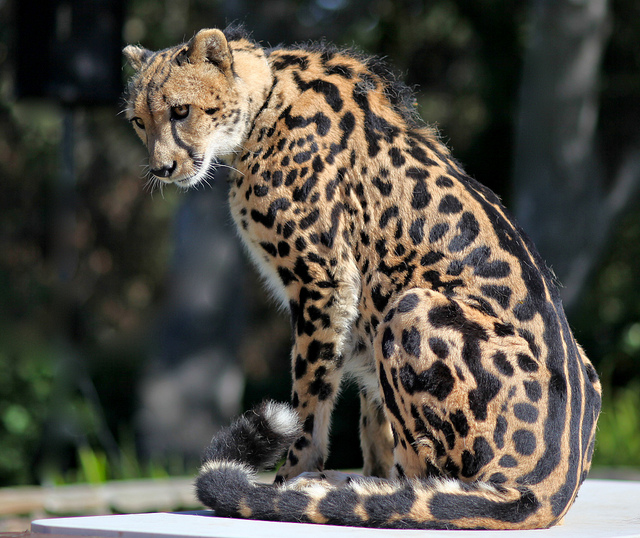 On the Dangers of Safari: Will I Make It Back Alive?

What President Khan did not bargain for was a cheetah reaching above the enclosure with its claw and ripping into the flesh on his very own face. A news report at the time noted, “It happened very swiftly, catching the president by surprise,” as you would expect an attack by the world’s fastest land animal to do. Botswana’s leader got away with a scratch on the nose and a couple of stitches, but it could have turned out a lot worse.

All of which got me to thinking: when you go on a Botswana safari – where you are likely to encounter lots of big cats including lions, leopards and cheetahs as well as rhinoceros, elephants and even crocodiles – how likely are you to make it back in one piece?

There are, of course, way too many variables to give an exact numerical analysis. It’s unfortunate that nobody keeps score of how many people fall prey to wild animals in Africa every year. But after weighing the most important factors, I have decided it’s pretty safe to be on the same patch of grass as some of the world’s biggest, fastest and hungriest animals. Here’s why:

Firstly, it should be noted that there is always a small risk involved with going on safari Africa. That’s part of what makes it so exciting. If you don’t want any risk (or excitement) whatsoever, go to the zoo and see the animals in a cage.

Second, the most dangerous animals aren’t cheetahs, although they are still handy in a scrap, as the president of Botswana will attest. No, the ones to watch out for are the lion, elephant, buffalo, hippo and — if you’re near water — crocodile.

People have been trampled to death by elephants while on safari in Kenya and other African countries. But if you travel with a guide regulated by the Field Guides Association of Southern Africa (FGASA), you really are in the safest of hands. FGASA guides are experienced, well trained, and know the cues to sense potential danger before it occurs.

On the rare occasions when the animals get a bit too wild for our liking, it makes the news. See, for example, the amusing story about the president of Botswana — a scratch on the nose by any other animal (a plain old tabby cat for instance) wouldn’t have made headlines. Neither do the thousands of other safaris which pass by every year without incident.

Ultimately, if you’re scared of going on safari, you ought to be just as afraid of driving to the airport, or boarding the aeroplane. The dangers are about the same.